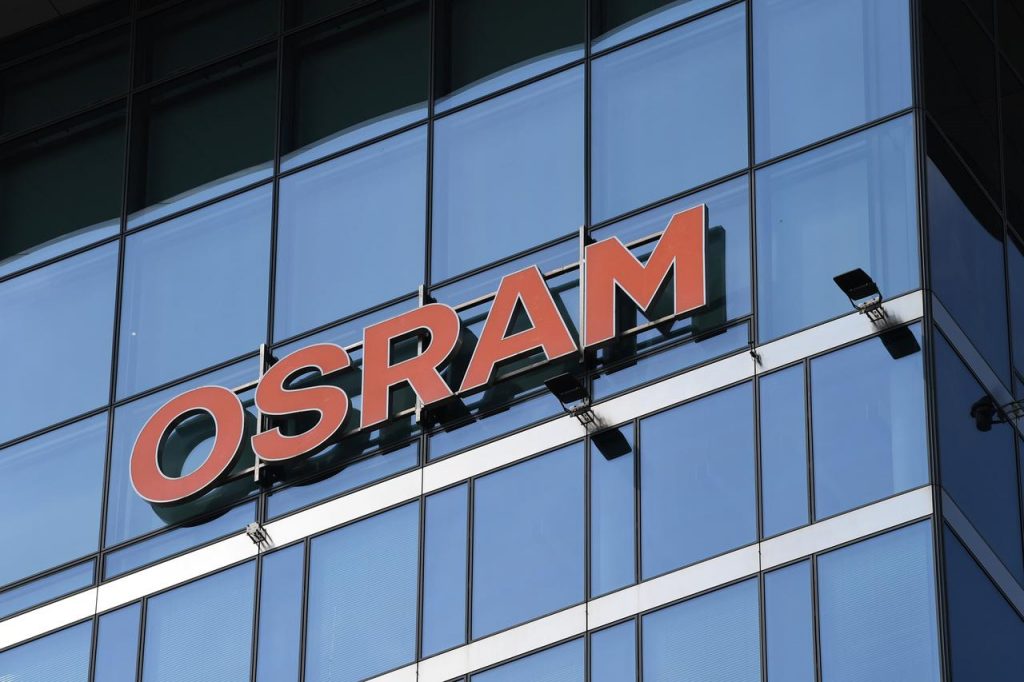 Recently, Osram Opto has expanded its photonics portfolio and showcased two new infrared-LEDs, their smallest biometric products to date, that aim to help manufacturers incorporate sophisticated biometric security into small devices. This is a new generation of chip technology that features dual junction, yet the development process did not take more than a year, said Eric Kuertzel, Senior Global Product Marketing Manager in an interview with Biometric Update, as one year is the typical design cycle to meet market demands for innovation.

Wearables, such as smart watches, are in high demand, but consumers are also demanding data security for those devices. For manufacturers of mobile devices, size is a central role in product development. The compact product maintains the company’s latest chip generation performance, and requires 50 percent less space compared to previous LEDs, Kuertzel says. Even though they are small, the new IREDs uphold a power of 1150 mW at 1 A and a radiation intensity of 280 mW/sr, essential features in 2D facial recognition.

Osram Opto’s business strategy addresses most industry markets, explained Kuertzel. He says their products can be easily implemented in a number of areas; however, the company’s top priority is the automotive industry. As much as half of the business is conducted towards this sector, followed by a key interest in mobile. Nanomaterials for sensing applications such as biometric identification, vital signs monitoring through wearables, tracking technology, as well as augmented reality and virtual reality are among the high-tech company’s top interests in the mobile industry.

Because it provides such a broad portfolio of technologies, Osram Opto is “unique,” Kuertzel explained, adding that the company pays close attention to customer demands and feedback, and tries to address their concerns with a wide range of technologies. Working with a single supplier of multiple technologies that can solve multiple problems is what customers value most, he said.

When asked about how the product works with facial recognition, Kuertzel explains that, from a system’s point of view, normally a monochromatic infrared camera works with an illuminator. When a picture is taken with a standard RGB color model camera, the outcome really depends on ambient light. Obviously, if the picture is taken outside during the day, the system will deliver optimum results, yet during the night or low light conditions, these systems fail to reach their goal and do not deliver a top-notch user experience. This is why, Kurtzel says, they use an infrared camera to filter out most of the ambient light, such as sunlight or indoor artificial lighting, and then apply a defined infrared LED to illuminate the face. This will provide the camera and the system with a sharp, very well-outlined picture that will then be matched against a given reference enrolled by the user at the early stage of the process. The user first takes a picture with the camera, which is then stored in a secure area on the user’s device. Each time the device is used, the system will take a new picture, with the same camera and illumination settings, and will cross-match it with the original. The LED works like any other optical semiconductor, but the dual junction provides higher efficiency and delivers more light output in just a very small package that can fit in any small device.

In contrast to its competitors, according to Kuertzel, Osram Opto has actively focused on driving down product size. Its portfolio already contained a very similar product twice the size of the newly released LEDs and with the same optical performance, which has been integrated with numerous mobile phones and laptops for facial recognition. The product, Kuertzel says, was received extremely well by customers and praised for its performance, service, and quality, but a major problem their customers were facing was the lack of space that came with integrating an increased number of features, which automatically required maximizing the battery space.

There are many opportunities for Osram Opto’s portfolio, especially in the automotive market which has been a top interest in its business strategy. While 2D is already a very secure solution, Kuertzel explains, implementing 3D facial recognition will add an extra layer of security, as will other features such as AR-related filters.

“We are very strong on the automotive side and we see a lot of new developments in this market,” Kuertzel said. “At Osram Opto we develop, in very similar fashion, products that could be deployed for in-cabin sensing. Biometric identification, whether it’s face or iris detection, could also be applied to detect driver drowsiness and it would work in the same way – with an infrared LED that provides the machine with the vision system.”

Kuertzel assures consumers that nobody would actually be looking at them, it would only be a machine learning algorithm that analyzes the face to detect if the driver is paying attention to the road, or looking at the phone. The driver monitoring system has already been rolled out in trucks, and future plans include integrating the technology with regular cars.

“In a future scenario, the car could just take over and drive, or, a more realistic scenario, is that the car would trigger a warning for the driver to pay attention,” he added.

A couple of years ago, facial recognition was not a mainstream technology, as it was expensive and more commonly deployed in industrial solutions. Once it reached mobile, facial recognition was widely embraced and grew in popularity. Kuertzel believes Western countries such as the U.S. are slightly behind facial recognition roll out when compared to China, where it has been implemented in payment systems in shops and check in systems in hotels. While Chinese consumers are more curious to test new technology, he says, Westerners are more concerned about how data and security are affected by facial recognition systems. However, he believes other countries will soon catch up, because it is all about upgrading user experience.

Osram Opto’s LEDs are only a part of a total solution, Kuertzel added. He assures users the company “is not part of any data collection,” nor is the product “in any way.” Osram Opto simply enables “device manufactures to provide their customers with a more powerful total solution to protect their customers’ data on devices such as smartphones and laptops that would normally use a password.”

Even though facial recognition “clearly isn’t a bullet proof system by itself,” Kuertzel believes it delivers far more robust security if “compared to traditional ways like fingerprints or passwords” that were convenient but came with a number of limitations. Facial recognition technology is superior in this sense, he says, because facial features are unique, and bundled with Osram Opto’s illumination it delivers a “more powerful and more secure way to protect data compared to other methods such as pins or passwords.”

Naturally, no system is perfect and even facial recognition can be deceived, Kuertzel explains, as there “will always be ways to spoof a system,” depending on how badly hackers want to infiltrate it. When it first came out, 2D facial recognition systems could be deceived with just a photo, but newer features included movement analysis to make sure a human is trying to access the feature and not someone holding a picture to the camera. 3D facial recognition brings more in-depth facial measurements for enhanced security, Kuertzel said, emphasizing that there is a significant difference between facial recognition for authentication, which is typically implemented in personal devices and used with the consumers’ consent, and facial recognition integrated in surveillance cameras that screen the public without its consent and match the captured data to images already on file.

Osram Opto, Kuertzel said, provides systems where users have an important role – they are in full control and can make the choice whether they want to use the facial recognition system “to enjoy its usability, ease of use, and higher security compared to others,” or not.