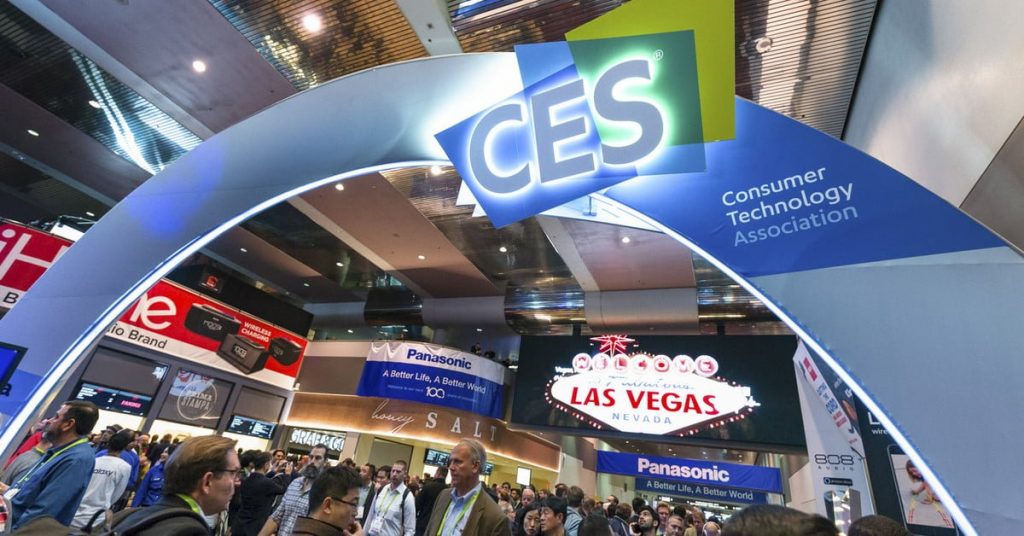 Consumer Electronics Show (CES) 2020 seems likely to feature more biometric technologies and applications than ever before, as the cutting-edge technologies and applications featured at the huge tech event reflect current and emerging trends in security and personalization. It also reflects a growing reliance on facial recognition in the surveillance industry, as CNET writes.

The article notes that iFlytek won an award in the “Tech for a Better World” category at last year’s CES, just 10 months before being placed on the U.S. blacklist for human rights violations. Ezviz, the U.S. arm of Hikvision, which also appears on the list, was also awarded last year, and both companies were slated to participate in CES 2020 until just weeks before the show.

Cybersecurity and personal privacy was added as an award category last year, and the Consumer Tech Association that puts on CES has been challenged by balancing different concerns. CNET reports that at least nine facial recognition companies will be at the show, along with eight other surveillance technology companies.

Surveillance technology is hardly the only area in which biometric products and technologies are being demonstrated at CES.

Union Community is introducing its biometric nose print recognition technology for companion animals, potentially establishing a new biometric category. The company has developed the UBio Pet ID nose print scanner, and has applied for patents of the scanner and its nose print registration method.

“We are planning to introduce a leading pettech product by combining algorithm technology and optical sensor manufacturing technology,” says Union Community President Shin Yo-shik. “As the database becomes bigger from increased users, the accuracy will be improved through AI-based algorithm.”

The AT.Wallet, a fingerprint-enabled cryptocurrency wallet from AuthenTrend has been honored with an innovation award in the cybersecurity and personal privacy category at CES 2020. The credit card-style cold storage wallet uses biometrics for wallet login and transactions, and also features a standalone mode with e-ink for asset and transaction QR codes, Bluetooth LE mode for its iOS and Android app, and USB docking for transactions through Windows or Mac browsers.

Cerence has unveiled plans, along with e.GO Moove, e.GO Digital, and Saint-Gobain Sekurit, to showcase an autonomous electric bus with voice and multi-modal interaction at the event. The e.GO Mover features speech recognition, natural language understanding and output, and speech signal enhancement to enable passengers to engage with the vehicle, and the demonstration at CES 2020 will include a simulated ride from an airport to a mobility.

“Cerence proudly stands at the convergence of industry megatrends that are the driving forces of innovation in our industry today: connectivity, autonomy, shared mobility, and electrification,” comments Cerence CEO Sanjay Dhawan. “While many in the industry expect autonomous vehicle interaction to be led by the smartphone, we know that the first-of-its-kind, multi-modal, multi-language interaction experience we’re showcasing at CES is one that will go miles in instilling trust and confidence and ultimately driving consumer acceptance and adoption of autonomous vehicles.”

Gentex Corporation will be showcasing its iris biometrics technology, according to a preview shared on Twitter, along with a range of vehicle technologies, including for machine vision applications and in-car payments.

CyberLink is showing its FaceMe facial recognition with several innovative applications of artificial intelligence IoT (AIoT) technologies at this year’s CES, according to a company announcement. The Taiwan External Trade Development Council (TAITRA) has also invited CyberLink’s Senior Vice President and General Manager Richard Carriere to speak about the company’s latest innovations with its FaceMe AI recognition engine and current trends in AI technology at a press conference the day before the show opens, on January 6.

Among CyberLink technologies at the event will be kiosks with facial recognition for mobile payments and home security, according to CNET.

Other TAITRA member organizations showing new technology at the event include Mindtronic AI, which will demo a digital cockpit with biometric technology for convenient user experiences and interactions, as well as driver monitoring and other computer vision technologies.

LG Electronics is demonstrating its ThinQ AI platform at CES 2020, including with a smart door that verifies the homeowner through 3D facial recognition vein biometrics, the Korea Herald reports. The company will also have a number of appliances integrated with the technology on display.

A Kickstarter campaign for the Athena outdoor camera from Amaryllo, which provides both biometric facial and voice recognition, has blown past its $1,000 goal, raising roughly $5,400 as of Tuesday morning. The voice technology is patent pending, and the security camera with on-board advanced computer vision features has been recognized with CES 2020 innovation awards in the Smart Home and Smart Cities categories.

Quanergy Systems is showing off its new solid state LiDAR-based Access Control and People Counter technologies, which they say are the industry’s first solid state products, for use in physical security and smart space applications. The company’s QORTEX 3D AI-powered perception software and the S3-2 solid state LiDAR sensor are combined to provide building access control and people counting capabilities, with no moving or vibrating parts, higher performance, improved longevity and cost efficiency at lower power than other technologies, according to the announcement.

Isorg will demonstrate its new Fingerprint-on-Display (FoD) module for smartphones, and ID R&D is demonstrating its biometric technologies and advanced spoof attack prevention at the event.