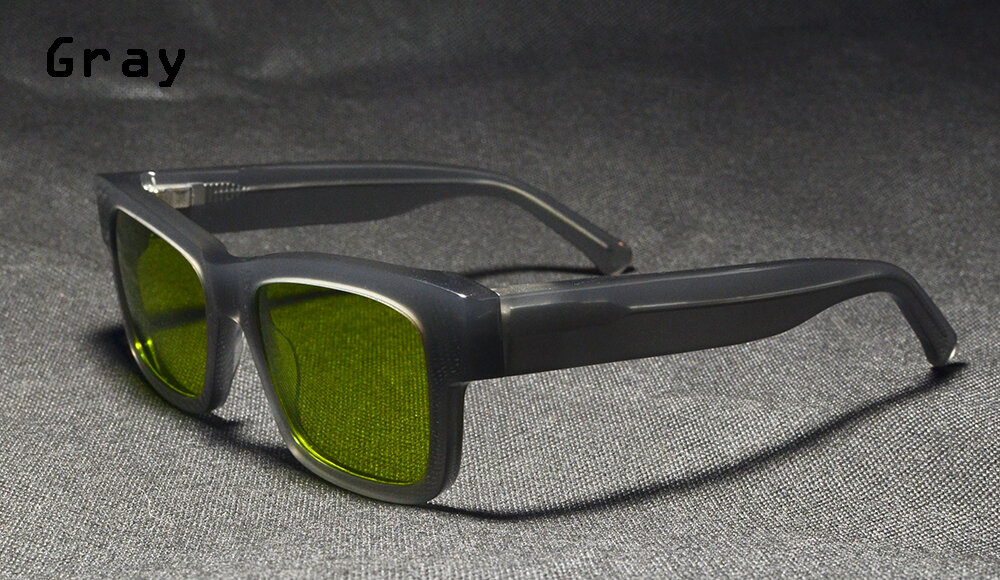 An entrepreneur is developing a small line of eyewear designed to shade the wearer’s eyes or entire face from facial recognition systems.

It is the latest round in a battle between those deploying biometric systems and those who do not wish to be noticed or recognized, much less added to an organization’s database.

Chicagoan Scott Urban has founded Reflectacles to sell beer-bottle green lenses that turn black in infrared light like the kind used in cameras to record faces. The lenses can be clipped onto a person’s own glasses or they can be set in fashion-forward frames made by Reflectacles.

Some of the frames glare brightly — reportedly up to 1,000 feet away — in infrared light, obscuring the wearer’s face from facial scanning algorithms.

Urban is not selling the glasses yet. The Reflectacles site (warning: annoying, possibly seizure-inducing flashing graphic) notes that each item in the product line will be available in August. His other company, called Urban Spectacles, has made custom eyewear with wooden frames since 2004.

There’s nothing new about biometric disguises and masks. In 2013, another anti-biometrics activist created an even smaller fashion line. In this case it was scarves and capes made from metalized fabric that is designed to hide wearers from heat-seeking drone cameras.

That activist, Adam Harvey, founded CV Dazzle, or computer vision “dazzle,” a project through which he developed an evolving strategy of disguising faces from visible light using extreme makeup and hair styles. Dazzle was a naval camouflage style used during World War I.

Last fall, online technology publisher Daily Dot reported that a product designer named Jing-Cai Lu had created a less-than-practical small portable projector that showed features of another face on the user’s face, making for an unnerving image if not a foolproof mask.

Urban’s innovation might be a short-lived stab at the heart of surveillance. The interests behind public identification are at least as creative, have larger cash reserves and sympathetic ears in probably every national government.

Several Chinese companies have announced algorithms or work on algorithms that can identify people wearing masks, for example.

And a post on the CV Dazzle site says the page is being relaunched this year because the strategies promoted are irrelevant. They were developed to counter the Haarcascade face scanning software, which is being obviated by neural network-powered facial recognition algorithms.