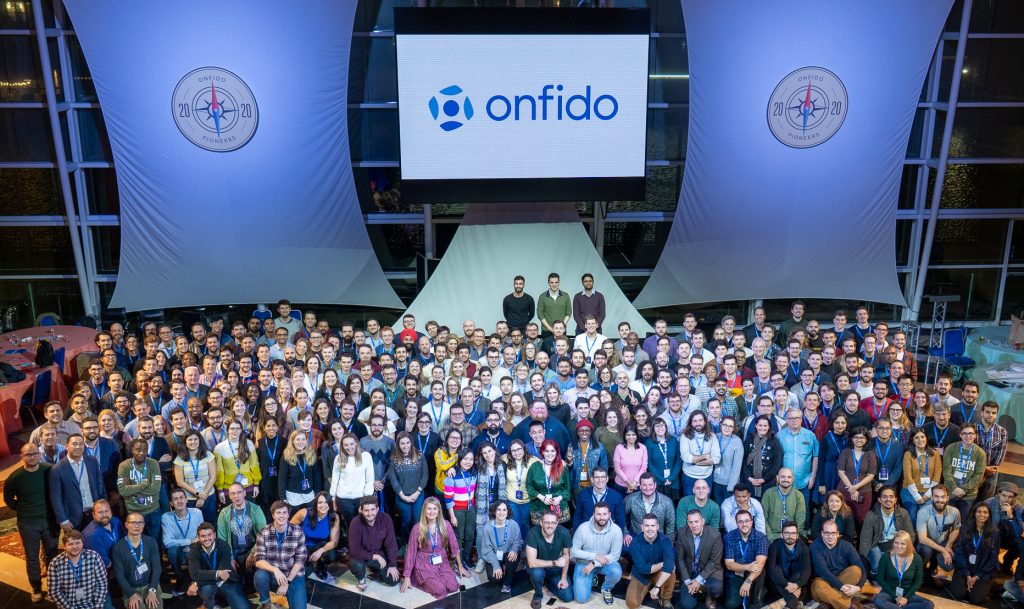 Biometrics and remote identification companies continue to buck the bear market trend, with Onfido announcing a new $100 million Series D funding round it will use to fuel further machine learning technology development, as well as the company’s continued geographic expansion.

Onfido CEO Husayn Kassai tells Biometric Update in an email interview that the company plans to roll out more artificial intelligence models that are part of a machine learning architecture the company has filed for a patent on.

“We plan to leverage this funding to further invest in our machine learning capabilities and efficiencies to get even better at detecting the bad actors and onboard customers faster. Our approach is to anchor digital accounts in a real identity,” Kassai explains in the email. “We use AI to confirm real identity by checking if a photo ID is genuine and then matching it, in the moment, with a face. As we see tens of millions of identity documents, our AI is able to learn from all of these, detecting which are fraudulent and which are not. All our customers then benefit from this updated and enhanced AI model.”

Specifically, Kassai says the company plans to continue its momentum across North America, helped by its recent partnerships with ForgeRock and Okta, and its acquisition of a software engineering company to give it a footprint close to its U.S.-based customers. Onfido will make further investment there, and focus additional resources on its expansion in South East Asia and Europe.

Healthcare, financial services, online marketplaces and government organizations are all prospective markets Onfido is offering its technology to for streamlined and secure customer identification and authentication.

The new models Onfido is developing are a Data Monitor capability to differentiate between clear fraud and applications that could be helped by enhancing the captured identity document image, which is the second capability. A Confidence Checkup and Decision Logs follow to recheck the analysis to that point and determine if the system’s decision meet the necessary degree of confidence, and to show problem areas leading to a decision for quality control and auditability, respectively.

The round was led by TPG Growth, and brings the company to a total investment of $200 million. Kassai also spoke to Biometric Update in the aftermath of the company’s $50 million Series C funding round a year ago about Onfido’s focus on facial recognition specifically for photo ID images.

U.S.-based TPG is best known for helping to scale Uber and Airbnb, and Kassai expects the firm to play a huge role in helping Onfido grow.

“Onfido’s use of AI to develop market leading tech is extraordinary,” says TPG Growth Partner Mike Zappert in the announcement. “There is enormous demand for secure and simple identity verification and authentication across major sectors and we see Onfido becoming the new standard for digital access. Their team has done a remarkable job in a relatively short period of time, and we look forward to partnering with them to continue their momentum into new use cases and geographies.”

The company’s momentum, which was highlighted in its recent report of 130 percent year-over-year growth for fiscal 2019, has only accelerated of late.

“Whether it is delivering financial relief or even enabling online healthcare, an increased demand for digital access and identity verification has emerged as a result of the crisis,” Kassai observes.

“Right now, Onfido is verifying the identity of workers deployed to visit COVID patients at home and partnering with European governments to conduct health checks before returning to work. We could see a similar process with the use of an Immunity Passport being effective in the US. These are only a few examples of how digital identity access has proven to be helpful in light of the pandemic and we can expect to see more instances of how it will evolve in the coming months.”

In recent weeks, Onfido has seen weekly volumes of online healthcare transactions increase by four times, remittances and payments have increased by 30 percent, and verifications of paid and volunteer workers to help with relief efforts increased six-fold, according to the announcement.

Kassai outlines the global laundered money problem, and makes his argument against credit bureaus as the de facto standard for online identity proofing in a blog post. The post also discusses Onfido’s emphasis on user privacy, and its long-term plans.