Face biometrics massive potential and remaining challenges in the spotlight 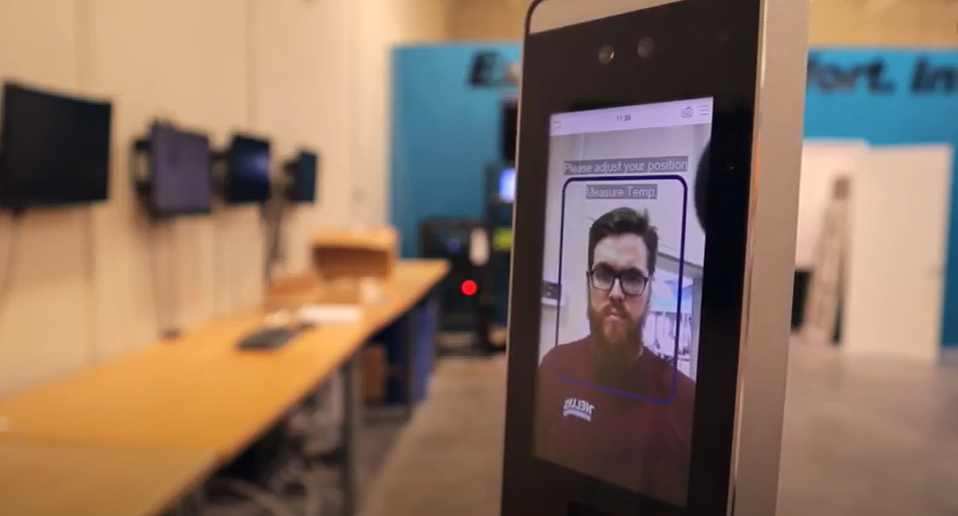 The top news of the week in biometrics and digital ID involves public companies positioning themselves for gains, others reporting growth, and impressive forecasts. As appropriate for the week of IFPC, facial recognition is involved in most of them.

NEC has been busy in the APAC region, with an emotion recognition partnership, a country subsidiary rebranding, and the founding of a group to promote digital identity in another. SuperCom is back on minimum bid price probation on the Nasdaq, while BrainChip’s stock price gains look a little more rational after passing a web comment-fueled spike, as recapped in a widely-read story this week.

Onfido has reported another big growth quarter, with over 100 new customers, driven largely by growth in the U.S. market. The company believes it is poised to further accelerate its growth.

Australia is looking for a company to provide a biometric system for digital passenger declarations and visa processes, according to a major tender announcement. Biometrics capturing, user experience components, processing and supporting capabilities are all included, and the government has earmarked millions of dollars for the contract.

James Wilson, CEO of Australian AI company Eliiza, makes the argument in a Government News editorial that the country’s regulations are lagging far behind its ambitions with facial recognition and digital ID, which is when bad uses tend to arise. The government’s efforts digital ID efforts need to be paused, Wilson believes.

The use of facial recognition by law enforcement to identify protestors in some jurisdictions has been met by protestors and others identifying law enforcement officers, planning to do so, or telling others how to. So long as society delays in defining when anonymity is appropriate, the tension will continue to grow with the technology’s commoditization.

An IPVM investigation into toxic workplace culture at security camera software company Verkada included allegations of the use of facial recognition to sexually harass co-workers. Initially, their punishment when caught was a withdrawal of stock compensation. The company’s response then changed, however which IPVM attributed to national attention brought to the situation by Vice reporting. Verkada has now fired three people associated with the incident.

An August cybersecurity incident at security company Gunnebo Group was not mitigated successfully, as it originally claimed, according to KrebsonSecurity, which says hackers stole thousands of security documents. The article concludes with an indictment of allegedly widespread deficient security practices among security companies.

NASA planning to build a cellular communication network on the moon makes for an interesting story in itself, but the U.S. agency explicitly states that the network must transmit biometric data, in addition to verbal and visual communication. The type of biometric data appears to be focused around health monitoring.

Apple is taking the next step with the FIDO protocol, providing instructions for developers to enable Face ID and Touch ID biometrics for website logins. The tech giant is encouraging developers to start testing now.

The International Face Performance Conference (IFPC) 2020 ran this past week, with a series of presentations and discussions involving many of facial recognition’s leading experts. Organizer Mei Ngan of NIST laid out the problem of face morphing to kick off a series of talks on the subject.

Other presentations during the week covered topics including new biometric standards in development, challenges for border checks with facial recognition, ‘broad homogeneity’ as a vector for bias to enter into facial recognition algorithms, how to remove it and improving presentation attack detection.

A pair of investigations by the Organized Crime and Corruption Reporting Project (OCCRP) and journalists in Kenya recount alleged malfeasance involving Semlex and its associates in that country and Côte d’Ivoire. Stable, responsible governments may ensure corruption like that reported is prevented, but the behavior also prevents such healthy institutions from taking root.

Touch Biometrix explains its thin-film transistor-based capacity sensor manufacturing technology and its benefits in a sponsored post. Innovatrics reviews the state of biometric onboarding in real-world operations in another.

Iris ID VP of Global Sales and Business Development Mohammed Murad joins HRchat for an interview about the IrisTime system and how it fits into the workforce management market which has been disrupted by the COVID-19 pandemic. The new product’s benefits in a range of scenarios are discussed, along with iris biometrics more generally.

A PaymentsSource podcast features an interview with Fingerprint Cards CEO Christian Fredrikson about biometric payment cards touches on why the U.S. market is lagging behind in terms of the number of pilots compared to the market’s size, and the different strategies banks will take to rolling the cards out to their customers. Even in China, Fredrikson sees biometric payment cards coexisting with digital payment methods for the foreseeable future.

BBVA presents an article reviewing some of the ABCs of biometrics and future of the technology with executives from Veridas, which it created in collaboration with das-Nano. From voice biometrics for online banking to biometric smart TVs to health-monitoring wearables, the companies see the technology being adopted throughout daily life.

To share an article, podcast, blog post or other content with the people of the biometrics industry and digital identity community, let us know about it in the comments below or through social media.