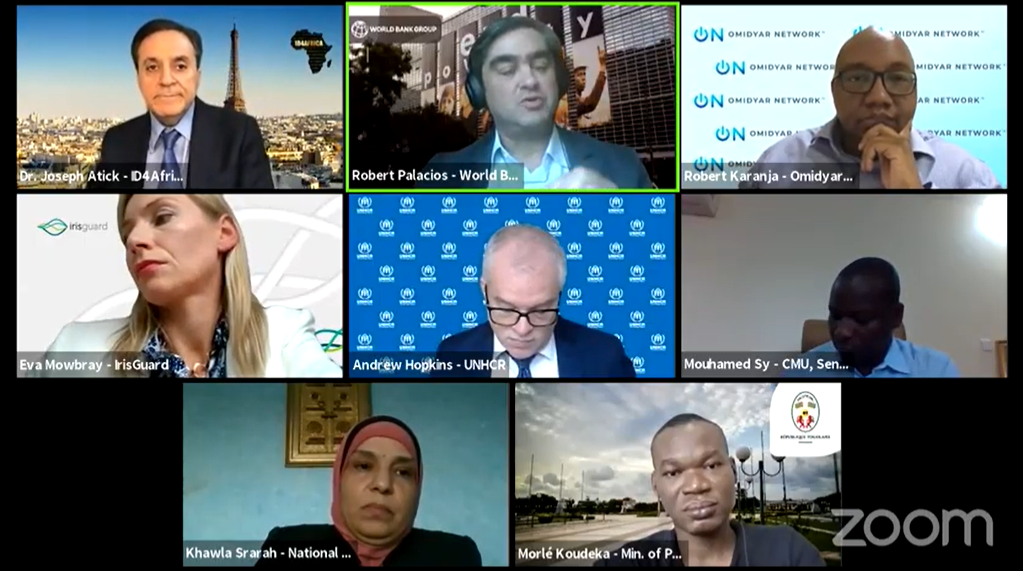 Emergency response measures by governments in Africa and around the world have been significantly more successful where robust and dynamic identity systems, typically backed by biometrics, were already in place, according to panelists of ID4Africa’s latest livecast event.

The webinar on ‘Digital Identity for Emergency Response: Spotlight on social protection policies and practices’ considered data on COVID-19 response programs from various countries, as well as case studies of nations and organizations grappling with varying levels of digital identity and service delivery infrastructure, poverty, and other factors.

Panelists for the livecast were Robert Palacios of the World Bank, Eva Mowbray of IrisGuard, Robert Karanja of Omidyar, Morlé Koudeka of Togo, Nahla Zeitoun of World Bank Egypt, Mouhamed Sy of Senegal, Khawla Srarah of Jordan, and Andrew Hopkins of UNHCR.

Roughly a hundred countries around the world have announced new cash transfer schemes, Palacios said in a keynote on the role of ID in the social assistance programs countries have used to respond to the COVID-19 crisis. Many countries have attempted ambitious social benefits programs, attempting to reach an unprecedented number of people with financial support. Many have also struggled to deliver those payments, however, being unable to carry out often-complex legacy processes to register new beneficiaries amid lockdown conditions.

Those with robust digital ID systems utilizing unique identifiers, such as a biometric, have been much more successful in getting cash to the needy than those without them. The dynamism of social registries is a major factor in the success of widely distributed social benefits payments. That means, in significant part, linking databases to keep data on citizens current, though this does not necessarily require a single, unique and permanent identifying number.

The presentation was based on research available from World Bank’s recently launched G2PX website in support of its Governments to Person Payments Initiative.

A quarter of those interventions were cash transfers, 23 percent were business loan guarantees, and 20 percent were wage subsidies, unemployment benefits, or contribution waivers for the formal sector. Social assistance payments were temporarily increased by 18 percent of governments, according to the survey.

ID was considered a necessity for 76 percent of these programs, with foundational ID used in 36 percent, cross-checked administrative databases used for 27 percent, and functional IDs such as for voting were used just as often as social registers (14 percent each).

The significantly different country-specific experiences of Egypt, Togo, Jordan and Senegal.  These experiences yielded insights around the importance of security and privacy frameworks for interoperable databases, mobile phone penetration and biometric ID coverage, and ‘basic’ bank accounts which have lower KYC requirements. The UNHCR’s experiences with displaced populations, and the evolution of its emergency registration measures, including contactless biometrics, were also presented.

Mowbray’s presentation noted that the biometric registration of 2.7 million refugees with IrisGuard technology has reduced aid delivery costs by 20 percent through fraud reduction.

Karanja spoke about development priorities and the need for rapid reaction to the crisis by countries without the infrastructure and legal frameworks in place, as well as the African Data Leadership Initiative being carried out with partners including UNECA.

ID4Africa’s livecast webinar series will continue with a spotlight on Tanzania on November 5.