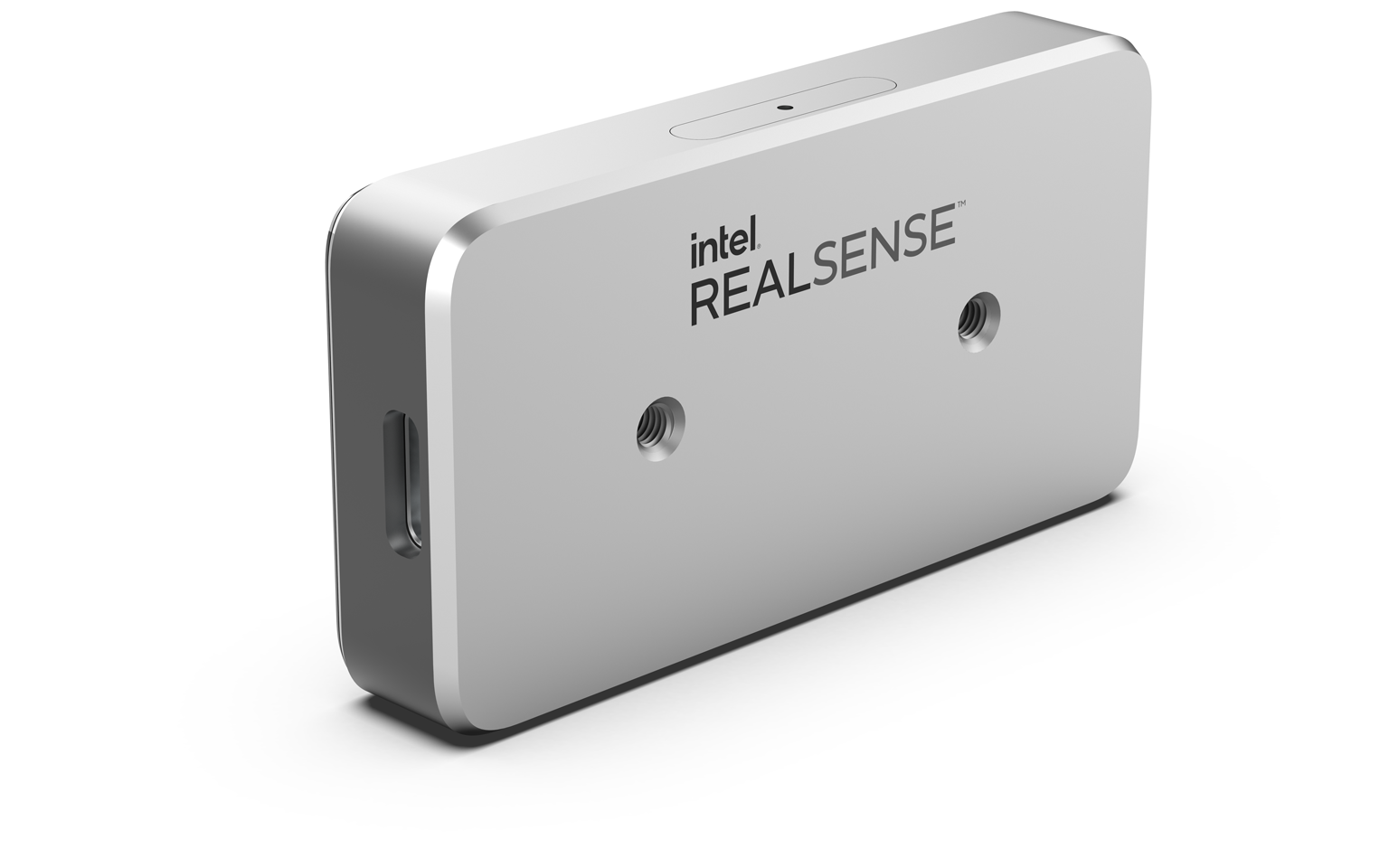 The new Intel RealSense ID is sold as a plug-and-play peripheral or as a module for integration into OEM devices, and features a one in one million false acceptance rate (FAR), biometric anti-spoofing protection, and fast and easy enrollment and matching, according to the company. Intel validated its liveness-checking not only with 2D images, but also sophisticated 3D masks sourced from Hollywood.

During a pre-release briefing call, with Ben Moshe and Intel RealSense Head of Marketing and Product Management Joel Hagberg, a demonstration video depicted authentication with a mask, and with a combination of dark glasses, a moustache and large headphones, as well as authentication at a range of angles. Ben Moshe acknowledges that with the subject’s nose covered, the biometric accuracy will be reduced.

Purpose-built with an active depth sensor and a “specialized” neural network which Ben Moshe said in the pre-brief “adapts over time.” That means a person adding glasses or shaving off a beard will still be recognized by the algorithm. The algorithm was trained on a proprietary database Intel claims to have invested heavily in, in order to ensure balanced demographic representation and therefore biometric performance with different skin colors, genders and ages, including children.

Intel RealSense ID also works in a variety of lighting conditions, including darkness, to support a range of implementations including outdoor use.

In terms of hardware, Intel RealSense ID is a dedicated SoC integrated with RGB and near-IR cameras, a depth sensor, secure enclave, LED illuminator and projector all packed into a small form factor. The peripheral is approximately half the size of a business card Hagberg held one up against, while the module is about one-quarter as large as a business card.

Intel has included several software options, including a server version to perform matching with a centralized algorithm for authentication in distributed environments like ATMs and POSs, or templates can be transmitted to other devices in a network to keep the biometric processing on-device.

Hagberg and Ben Moshe emphasized the privacy protection of edge processing, with an opt-in workflow and encrypted templates used for authentication without being transmitted over the internet.

From a developer point of view, Ben Moshe says Intel’s facial authentication can be up and running using its open-source SDK with “a few lines of code.”

Sampling to developers is currently underway, with shipping expected to begin during Q1. The peripheral unit has a sticker price of $99 per unit, and the modules sell for $79 each.

Several large customers have already been using Intel RealSense cameras for access control, and some customers are already using and testing RealSense ID to add biometric authentication to their deployments, so the company expects to be able to announce customer wins in the near future.