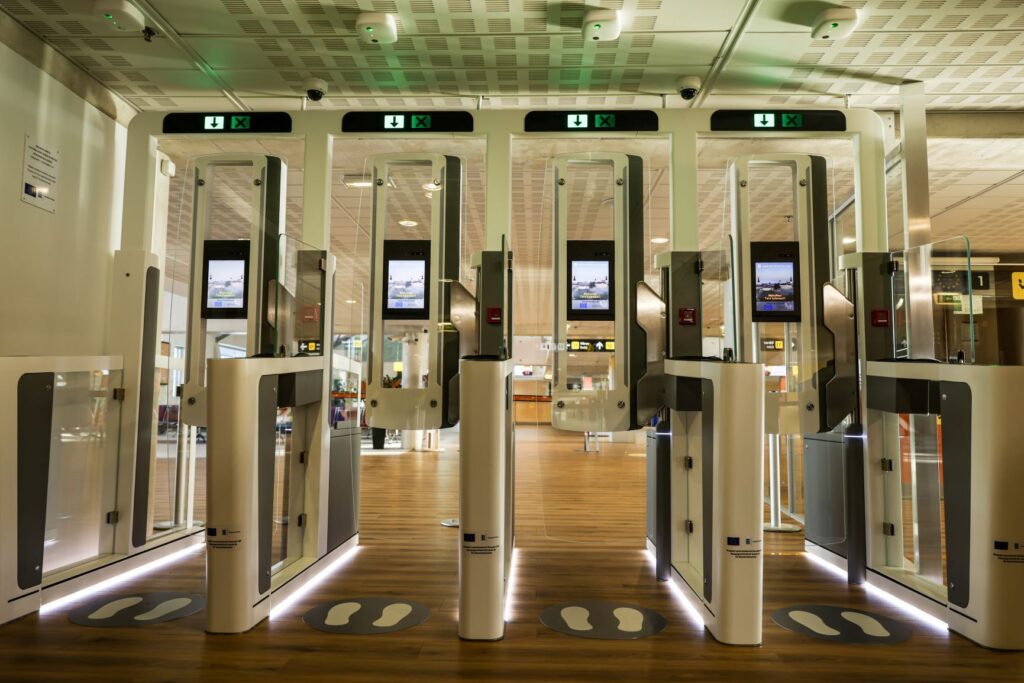 Two of Estonia’s main air and land border checkpoints will operate the new generation of biometric automated secunet easygates, which are predicted to significantly speed up passenger wait times, under a new contract co-financed by the European Union’s Internal Security Fund and the Ministry of the Interior.

The biometric automated border control gates will be deployed to Tallinn Airport and the Narva Road Border Crossing.

“The number of passengers has been constantly growing year by year and is likely to continue the same trend even after the virus recedes and life returns to normal. It is a good time to help border guards with machines that are fast, user-friendly, reliable and reliable,” Janek Mägi, Head of the Border Guard Policy Department of the Ministry of the Interior says, according to a Google translation. “ABC gates are also in use in our neighboring countries, such as Sweden, Finland and Lithuania, and we are glad that Estonian passengers can also cross the border faster and more conveniently thanks to a modern technological solution. Hopefully, the passengers will quickly embrace the gates.”

The contract was won by local technology integrator AS Alarmtec, with the public procurement to operate 16 biometric gates until the end of 2022 costing around €1 million ($1.2 million), and speeding up crossing times to around 15 seconds per person.

Guards will remain employees at these borders as an extra layer of security, by identifying individuals and verifying right of entry, though the self-service nature of the automated gates will mean a touchless passenger journey is still possible. ABC gateway identification algorithms reduce the chance of someone crossing the border with the wrong document.

“Keeping distance and reducing contacts will remain with us even in the post-corona era. Therefore, we need to review today’s processes at the airport and adapt them to the new requirements, which means, among other things, expanding the various waiting areas and offering more digital solutions than today. In addition to reducing human contacts, ABC gates also help to disperse passengers and speed up the border crossing process,” says Riivo Tuvikes, chairman of the Board of Tallinn Airport.

Similar gates are being considered for other border crossings.

Greece to implement biometrics at all ports

Greece has announced the implementation of biometric identification systems at all ports, airports and border checkpoints across the country as part of a Europe-wide Entry/Exit System (EES) plan to record the movements of third-country nationals (TCNs), Greek Travel Pages reports.

In 2022 (for air passengers), TCNs will undergo facial recognition and fingerprinting in conjunction with the European Passenger Name Record (PNR) directive, with a budget of around €35 million (roughly $42.4 million). Four million Euros ($4.8 million) will go towards supply of the required software, while €32 million ($38.8 million) will be spent on the purchase of equipment and infrastructure projects at the entry-exit points.

Furthermore, traveler data will be recorded and stored for 5 years; including names, passport numbers, four fingerprints, and biometric photos which will be accessible to border, visa granting and investigating authorities, as well as Europol (Europe’s police agency).

The U.S. has previously put pressure on Greece to improve the security of the country’s identity cards to include microchip and biometric data, or otherwise be faced with the return of visa conditions for Greek travelers. The cost of upgrading existing ID cards is estimated at around 80 million euros.

Privacy International released a guide revealing the databases and surveillance tools (including biometrics) that UK authorities use to track and monitor the country’s immigration system, as well as detailing the arms and tech companies earning revenues from the system.

The guide covers the UK’s international data-sharing practices and the resultant effects of Brexit through already highly-publicized stories of the Home Office’s interactions with immigrants living within the country.

Leidos has made more than £35 million ($48.7 million) since 2015 for projects including merging the IABS and IDENT1 biometric systems to a single platform for Home Office Biometrics (HOB). Thales, which provides key technologies for the EU’s EURODAC biometric database, has received roughly £30 million ($ million) from Home Office since 2015, according to the 48-page report.

In August, the UK Visa and Immigration (UKVI) began an initiative with the UK Visa and Citizenship Application Services (UKVCAS) to develop a new biometric identity verification (IDV) application to create a way of submitting facial images and travel documents. This initiative was partly driven by the COVID-19 response, to speed up passenger processing times by reusing existing biometrics.