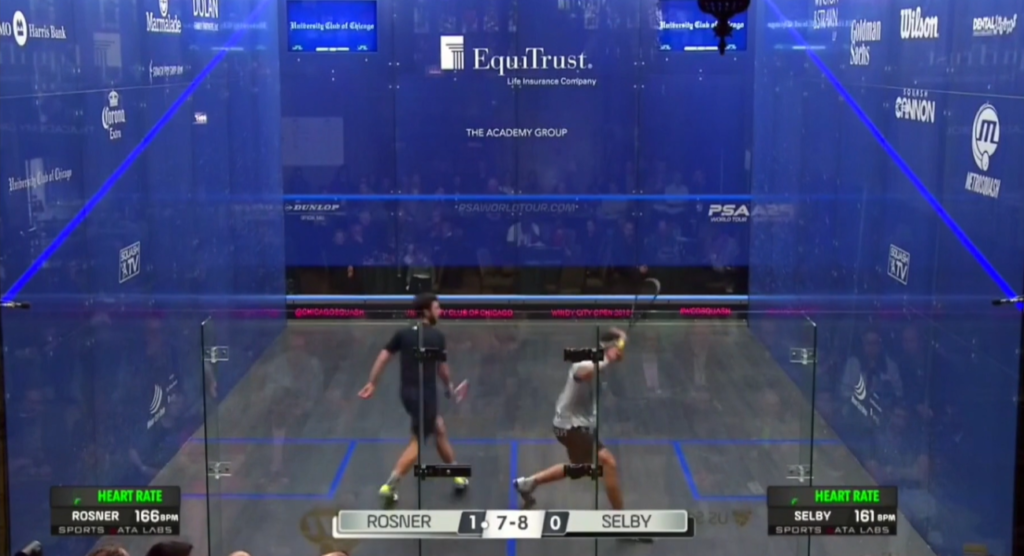 Squash is fast and entertaining to watch, but is it cool enough for the Olympics? It might be if players can be turned into data machines to add more drama and side betting.

The Professional Squash Association has increased its control in Sports Data Labs, with which its developing in-game biometric technology. The deal could do as much for the sport as for the organizations involved.

Association leaders have bumped up their equity stake in SD Labs, in this case through a new commercial unit called Squash Media & Marketing. In keeping with past financings, the association has not released what percentage of SD Labs it now owns or how much it paid for the increased equity stake.

It is the second announced investment the association has made in SD Labs. The first was in 2019. The partnership, created to bring in-game biometric data to matches, began in 2018.

Although squash began as a ball game played in the 1800s by prisoners in England, its appeal today is limited to a largely upper-income crowd. Despite multiple applications by the World Squash Federation, the International Olympic Committee has never named squash as one of its Games.

Getting slotted at a future Summer Games could help squash expand, at least into a similar economic strata in more nations. Knowing that the committee is always hunting for a sport with an unusual hook to draw new viewers, the association’s leaders might see real-time physiological data feeds as a marketable gimmick.

Barring that, “novel betting opportunities and products” are possible, according to the association. And athletes will have something new to sell. Broadcasters have paid more than $100,000 to athletes for their biometric data feeds between 2018 and 2021.

Another unspecified investment in SD Labs was announced in February by Hong Kong-based growth-oriented investment group EmergeVest. In outlining the deal, EmergeVest executives called out SD Labs’ patent portfolio and how those patents can be applied in pro sports, digital health and the logistics industry.

The squash association in 2020 invested an undisclosed sum in Fun With Balls, a German sports-tech firm. The pair had partnered in 2017 to create their MoTrack stats-tracking system for the 2018 Swedish Open.

They also developed interactiveSquash to display sponsor logos, player stats and replays on a court’s floor during play at the 2017-2018 PSA Dubai World Series Finals and the 2018-2019 PSA World Championship in Chicago.

Biometric data also could be displayed on court, but also via mobile feeds and augmented-reality goggles.

Already, personal biometric information is being shared among team managers and scouts, sometimes without informed consent. The practice is raising privacy and ownership questions.

Few sports leagues and associations have done as the squash association has done and signed contracts to collect and use athletes’ data.

One of them, more or less, is the Professional Golfers’ Association, which this year contracted with fitness-tracking firm Whoop to provide biometric data during this year’s PGA Tour.

Players agreeing to wear Whoop sensors can choose a charity to receive $10,000 in their name.