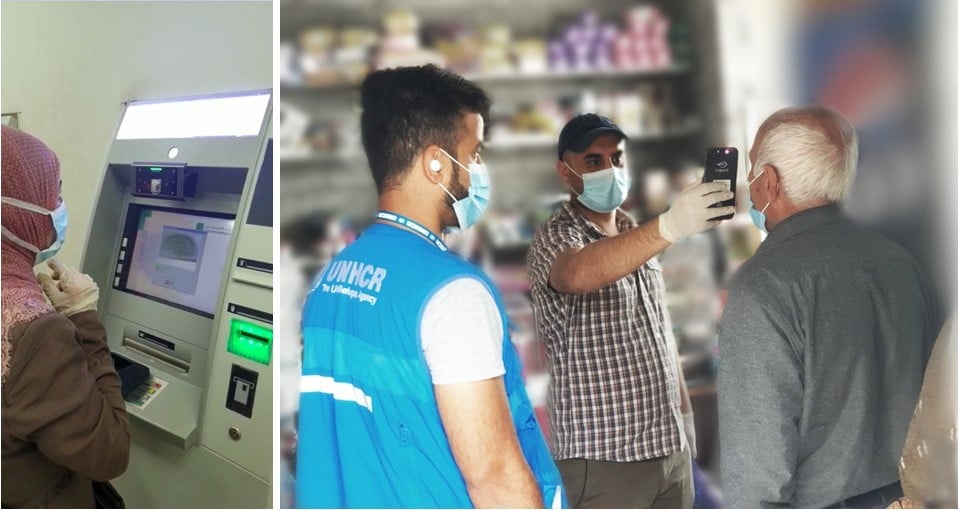 While biometrics are being adopted for an ever-wider range of use cases, and most familiar to many people as the fast way to unlock a device to forward a meme or ‘like’ something, some use cases involve the vital daily transactions of vulnerable people in real-world situations.

Because of this difference, IrisGuard is not just an ‘iris recognition company,’ the company’s Deputy Director Simon Reed tells Biometric Update.

The mission-critical real-world situations IrisGuard’s technology works in include payments to refugees who need the system to work 24/7 so they can feed themselves and their families.

Reed points to a range of financial inclusion initiatives, not all of which involve refugees, that the company is involved in, and sees opportunities for many more.

For fintechs, carefully architected iris biometrics systems can enable people without an ID document or any other official proof of their identity to become customers.

For government, aid and development agencies, IrisGuard can ensure that people are who they say they are, opening up a range of service delivery opportunities.

IrisGuard delivers 100 percent service level agreements (SLAs) with some of its customers, including the United Nation’s refugee agency (UNHCR).

That means the company guarantees there will be no false identification and, therefore, no delivery to the wrong person.  Without requiring any other ID, the beneficiary remains anonymous to the service or payment provider. Despite challenging environments in the field, the system works faultlessly with just a 2G signal if power or other connection services are down. Working with multiple service providers and deploying multiple devices suited to different scenarios provides for uninterrupted operations. The payment system must work properly and have back-up contingency, allowing people to receive and use their funds at multiple sites. For many end-users of IrisGuard systems, being unable to do so would mean going hungry.

Iris recognition is widely recognized as an effective biometric modality to accurately identify people among large populations. The technology has been changing in recent years, however, Reed notes, with the specialized and frequently expensive hardware traditionally used being replaced by more ‘plug and play’ technology combined with sophisticated back-end software. This brings advantages that are discussed below.

Some biometric systems may function effectively in laboratory testing conditions, but fail when faced with the challenges common to the operational environments IrisGuard works in, Reed says.

Iris biometrics have also advanced to the point where they can work at a distance, with IrisGuard’s IG-AD100 camera, for example, performing iris capture at a distance of between 8 and 14 inches. The company also provides customized Android mobile devices that support socially-distanced biometric enrollment and authentication.

One of the key advantages of using ‘plug and play’ hardware like that, which IrisGuard manufacturers in high-quality facilities in the UK, according to Reed, is the elimination of integration and compatibility issues that can arise not just in the initial setup of a biometric payment system, but whenever a driver is updated. Simplified hardware and provided APIs all allow faster integration to help control costs.

The technology has also proven its effectiveness in some of the toughest operational environments in the world. IrisGuard works in areas with poor or almost non-existent infrastructure, Reed says, as well as with temperature extremes, dry and dusty or wet conditions. The company is continuing to advance the operational robustness of iris biometrics with R&D work on increased effective imaging under direct sunlight as an example.

IrisGuard also provides the software needed to enroll and authenticate users. This means that the company’s partners can expect requirements and performance to remain consistent, allowing them to focus on their own operations. The company is also shifting towards a more service delivery-focused model, providing consultation in both planning and production.

By controlling all aspects of design, development and manufacturing, IrisGuard is able to exercise more control over its supply chain than most biometric systems providers, Reed says. This has been particularly important during the recent pandemic-related disruptions that have affected so many other businesses.

Reed also emphasizes that the high level of control makes IrisGuard’s technology agnostic in terms of technical compatibility and customer use cases.

Management and storage of all biometric data is left to IrisGuard’s partners, but the company provides an extra layer of protection, based on robust cybersecurity and encryption standards. Perhaps most importantly, IrisGuard’s registration and authentication capabilities do not depend on the storage of additional personal information, such as a name or government ID. This means that customers or beneficiaries can be served as part of an anonymous system, confirming their entitlement without identifying them.

A unique place in a traditional ecosystem

We don’t build another payment system. What we do, is we hook into existing systems and add absolute proof of life,” Reed explains. “This gives a 100 percent guarantee of the person. You don’t need anything else. So, if you don’t want to or don’t have any other KYC, this is the way of getting digital inclusion and financial inclusion that can start to build up support to the unbanked, allowing them to be addressed by that very same traditional community that we are part of in the developed world.”

Adding a strong authentication capability that does not rely on existing credentials enables a potentially massive expansion in market reach. Businesses, governments or aid agencies can include people in remote areas, those without formal proof of identity, and the underbanked in general.

This makes IrisGuard a potential partner not just for fintechs, but for the entire financial sector.

“I think banks are realizing that if they’re not careful, the mobile money world will move, and they might be left with just a few branches on the high street,” Reed observes.

In a growing number of real-world deployments, IrisGuard’s biometric technology and the digital identities it supports are being expanded from one use case to another, such as with people going from humanitarian aid to government support, or government support to inclusion in the private financial ecosystem. Governments in several counties have adopted systems set up by aid agencies.

“UNHCR in many countries actually helps to provision the government as part of a quid pro quo,” Reed says.

Finally, IrisGuard operates on a flexible business model that offers partners several paths to financially sustainable operations. Reed says deployment does not typically require a major Capex upfront investment with pure Opex deployments under a SaaS model increasingly becoming attractive on a ‘pay-as-you-use’ basis, and is affordable for organizations that do not have the digital transformation or innovation budgets of big banks.

The company is looking for new partners to further expand its operations in new geographies and payment sectors, bringing flexible, strong biometric registration and authentication to meet their most important, challenging and frequent identity goals.