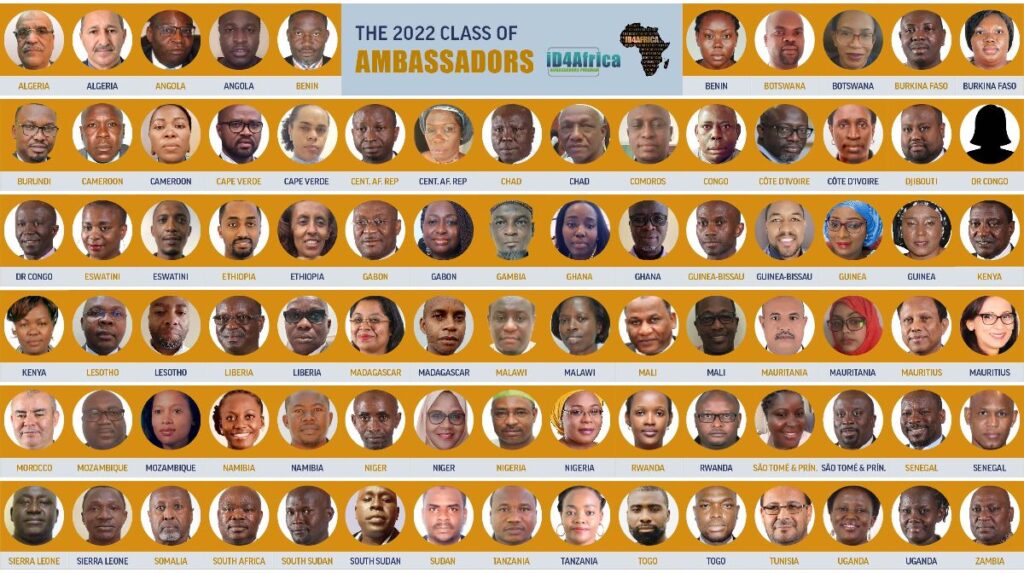 Women are better-represented in the 2022 ID4Africa Ambassador Class than ever before, with females making up 33 percent of the total, up from 24 percent last year, to better reflect the full population in digital identity consultations.

The increase was supported by a vigorous campaign carried out by ID4Africa, according to the announcement.

There are also more senior-level government representatives among ID4Africa’s 2022 Ambassadors than there have ever been, among a record 85 appointees representing 48 countries, up from 65 appointees in 2021 despite the cancellation of ID4Africa’s flagship in-person event forced by pandemic. The Ambassadors, one for each country, are joined for 2022 by 36 Deputy Ambassadors.

Several African governments requested the inclusion of deputies from countries with smaller populations, indicating the demand for active and direct engagement with the digital identity community.

That demand was sustained in large part due to the success of ID4Africa’s series of Livecast webinars, which resumed Wednesday with a Season 4 premier covering Uganda’s identity ecosystem and a panel discussion ‘deconflicting the many notions of digital identity.’ The trilogy on the potential dangers and failings of digital identity that concluded last season was also reviewed.

“The Ambassadors Program has grown over the years to become a major pillar supporting the ID4D agenda in Africa,” states Dr. Joseph Atick, executive chairman of ID4Africa. “The Ambassadors are among the Continent’s best and brightest, united not by a political will but by their faith in Africa’s potential and their unwavering commitment to working together to realize it. These men and women are the engine that drives the Movement forward, ensuring that it remains connected to the realities on the ground and responsive to their needs. They are what makes us a grass roots Movement with roots entrenched in every country.”

Atick also expressed satisfaction at the ambassador program’s identification and empowerment of women who are key stakeholders in the digital identity movement, and pledged to continue the trend.