EyeLock turns its gaze to facial recognition with NanoFace

Iris biometrics provider EyeLock is expanding into the facial recognition market with its newly released ‘NanoFace’ solution for physical access control and security.

The company says it listened to customer desires for biometric speed, accuracy, and affordability, as well as being packaged in a compact size when developing the new solution. EyeLock claims NanoFace can authenticate faces in under one second and operate at distances of up to six feet. The NanoFace device is measured at 8 inches x 4 inches x 1.5 inches to fulfill the consumer wish for a smaller footprint, and its algorithms include liveness and face detection.

Allen Ibaugh, president of EyeLock, says, “Although the EyeLock brand has become synonymous with iris biometric recognition, EyeLock is listening to the industry and is evolving into a U.S.-based provider of the security industries leading biometric modalities, not solely focused on iris or face. Our world-class engineering team, mature distribution channels and market leadership will redefine who we are and take us into the future.  EyeLock will continue to be the biometric brand to have, regardless of modality, and NanoFace is one of the first steps in that direction.”

Ibaugh was appointed president of EyeLock in December 2021 to guide the company through its next growth phases. EyeLock’s parent company Voxx International’s financials have been bolstered by the success of EyeLock’s iris biometrics.

EyeLock will demonstrate NanoFace’s facial recognition at ISC West in Las Vegas from March 22 to 25, 2022. 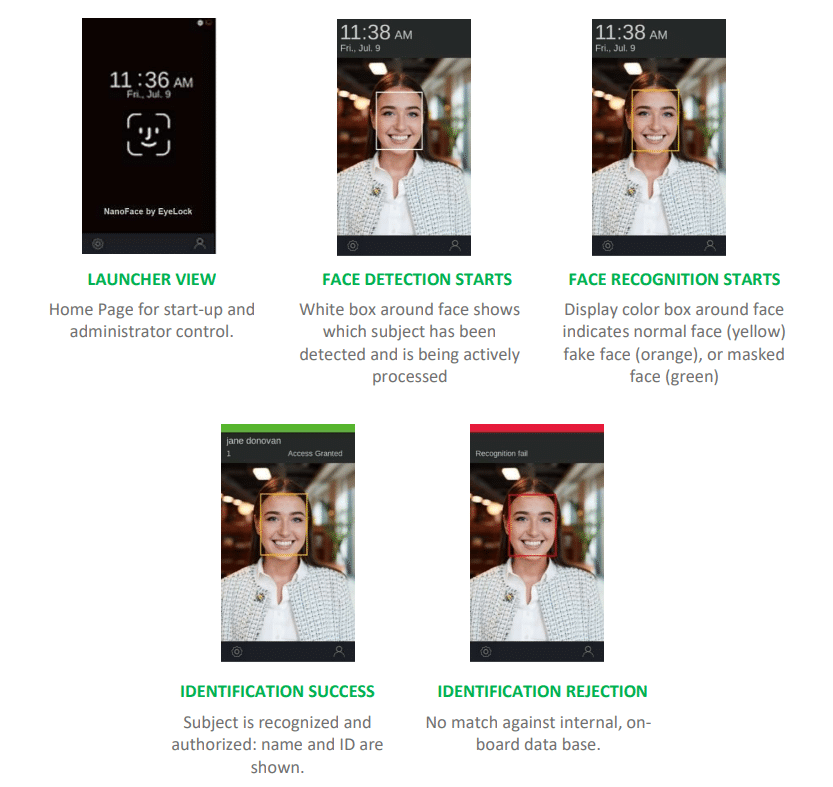