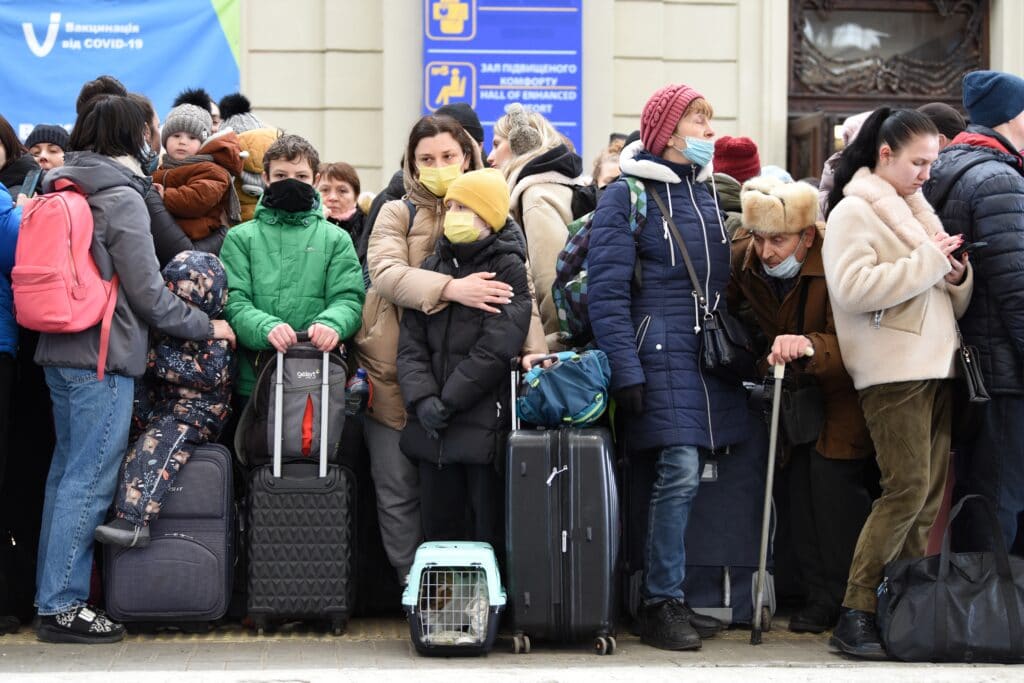 Blame for challenges faced by thousands of Ukrainian refugees in submitting their biometric data for visas to travel to the United Kingdom has been put squarely at the door steps of the Home Office, with opposition politicians lambasting the Office for putting suffering families through more pain, reports The Guardian.

Shadow Home Secretary Yvette Cooper called out the Home Office over the situation and questioned why it was unable to get a grip on it by clearing some of the bureaucratic hurdles that stand on the way of the visa applicants.

Cooper cited some examples of Ukrainians who travelled long distances to get their biometric data captured for the visa issuance. She also stated that tens of thousands of visa seekers remain stuck, with many families in desperate circumstances.

Home Office Minister Kevin Foster however made a defense while responding to questions from some Members of Parliament. According to Foster, the biometric visa issuance process is advancing with a total of 23,500 visas already accorded to Ukrainian refugees with a family link in the UK.

The progress notwithstanding, the Home Affairs boss told MPs the visa application forms were not yet available in Ukrainian and that translating them needed a great deal of technical work.

Some Conservative MPs have also expressed concern about delays in processing the visas.

Meanwhile, in Latvia, Ukrainian refugees who are holders of biometric passports, and who do not need social and accommodation help, can stay in the country for up to 90 days a year, without having to inform local authorities, according to Baltic News Network.

Canada seems to be making things much easier for the fleeing Ukrainians. The Immigration Ministry says it is permitting three cohorts of Ukrainians, described as people of low risk, to henceforth submit their biometrics for visa processing upon arrival in the country, and not necessarily at Visa Application Centers.

The reason for the move is to expedite the visa issuance process.

CIC News quotes a statement from Immigration Minister Sean Fraser as indicating that the three groups of persons include those aged 14 to 17, those over 60 years of age, and those with previous Canadian visas and no derogatory immigration history, who hold supporting documents. Fraser said the measures will enable many more Ukrainians to flee the raging war as quickly and safely as possible.

This is among other immigration measures taken by Canadian authorities, which include the granting of a three-year open work permit, to enable Ukrainian refugees fleeing the war to find some succor. The country has also deployed more biometrics enrollment kits to central and Eastern Europe.

Although the measure to ease prior biometrics capture rule for some categories of Ukrainians traveling to Canada is seen as a step in the right direction, it has however been slammed as unfair by an immigration critic Jasraj Singh Hallan, as reported by Windsor Star.

The critic says visa issuance processes remain cumbersome as Canada currently has no diplomatic presence in Ukraine, and is calling on the Trudeau government to add Ukraine to the list of 60 countries whose nationals do not require a visa to enter Canada.

The government of the Czech Republic has announced that Belarus and Russian citizens who hold valid Czech visas can begin submitting their biometrics for the issuance of residence permits, according to an alert on Fragomen.

The process, re-launched on April 1, requires the visa holders to submit their photographs and fingerprints.

This had been halted in March as the immigration office wanted to deal with visa applications for Ukrainian citizens.

A case has been brought before a UK High Court to make it possible for Afghans who are eligible to travel to the UK to do so without having to go through the pre-visa biometrics capture process, reports The Guardian.

The plaintiffs, through their legal representative, are praying the court to cause the government relax the rules, as it has done for Ukrainian refugees fleeing the war into the UK.

Going by The Guardian, the family in question has been in hiding in Afghanistan since the Taliban took over control in August, and it has become dangerous for them to get out of the country.

The family that filed the case is made up of a man who is a British national, his wife and their five children, aged between seven and 17 years.

There are no UK visa processing centers in Afghanistan, and the closest location where the service can be found is in Pakistan, about 300 kilometers from where the family is located.