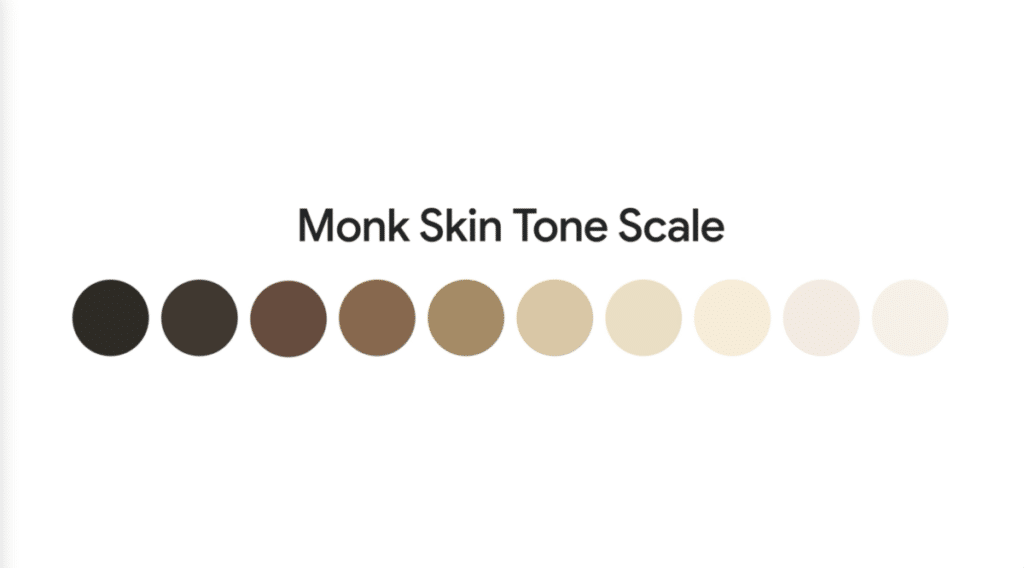 Progress on work done by Google to reduce the level of AI bias in the capture of images of skins of color using its devices has been revealed. The tech giant says it has released a 10-shade skin tone scale to help build products with reduced AI bias for users with colored skin.

The new scale, called the Monk Skin Tone Scale, has been unveiled as a replacement for a previous standard, Fitzpatrick Skin Type, (a combination of six colors), which was widely used to classify skin tone. These classifications are then used to test for performance bias against people of color in solutions such as smartwatch heart-rate sensors, and other artificial intelligence-based systems such as facial recognition.

As Google’s Skin Tone Research notes the Fitzpatrick Skin Type standard had shortcomings in face biometrics testing and development scenarios recognized by researchers from the Maryland Test Facility operated by the U.S. Department of Homeland Security, and was targeted for replacement by Google.

Fitzpatrick was said to be ‘biased’ towards people with darker skins and more helpful for differentiating people with lighter skins, thus prompting the need for an alternative standard by Google. The scale is already being deployed by Google services such as Google Photos to enhance image filter options and to reduce bias in its biometric face-matching software.

The new scale was unveiled after a study carried out by Harvard University Sociologist Ellis Monk in collaboration with Google and which saw around 3,000 people in the United States surveyed. In the course of the study, a good number of people said the 10-point scale matched their skin as well as a 40-shade palette, reports Reuters.

Monk says his objective was to design a new standard that will work for a majority of people in the world who are people of color.

Doshi also cautions that problems could still arise with the new scale if company do not have sufficient data on the tones, or if the data obtained to train the algorithms were different due to lighting situations or discrepancies in human judgment.

The unveiling of the Monk Skin Tone Scale was foreshadowed when Google released an improved photo software with models and algorithms capable of better capturing people with different many skin tones.