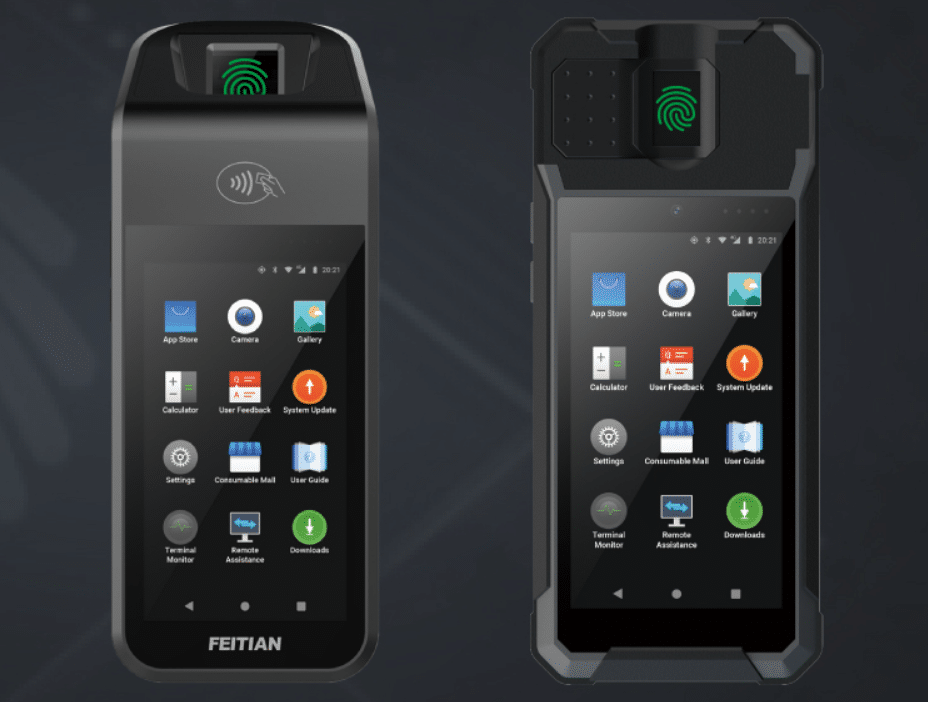 Feitian Technologies showed off its newest portfolio of four Android handheld devices, three of which include fingerprint biometrics, and which support an assortment of applications from law enforcement to voting.

The Rugged RFID IoT Data Handheld PDA (V13) is intended for logistics and retail applications, and is IP54 waterproof and has been drop-tested from 1.2 meters, the company says. The V13 does not include native device biometrics capabilities, though it does feature a built-in camera.

In May, Feitian extended a partnership with Fingerprint Cards to build its biometric payment and access cards with the T-Shape (T2) sensor module and BEP software platform.