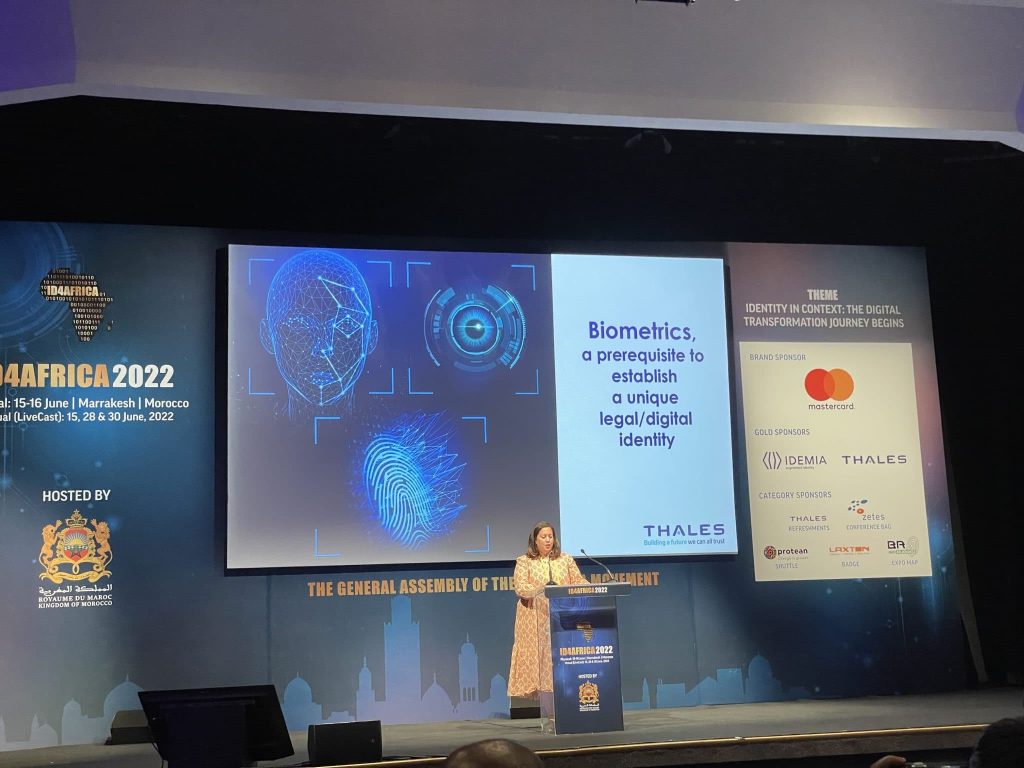 ID4Africa’s triumphant return to in-person gatherings in Morocco generated numerous headlines this week, between intensive debate and biometric solution launches from companies including IN Groupe, Integrated Biometrics, Jenetric and Credence ID. Sadly, a major figure in facial recognition research with Megvii has suddenly passed away, while half a world away Zwipe announced a new chief executive.

Sun Jian, a renowned biometrics and computer vision researcher who was instrumental in Megvii’s rise to front ranks of Chinese AI providers, has died unexpectedly at age 45. It is not yet known how the passing of Sun, who also worked at Microsoft for 13 years, might affect Megvii’s planned initial public offering.

The EU’s Entry/Exit System goes live in September, and an analysis is provided by a former U.S. diplomat assigned to Europe comparing the biometric border control deployment, one of the largest in the world, and the approach taken by the his country. The U.S. system is less coordinated and comprehensive, while the EU is fundamentally changing the role of its border officials, according to the analysis.

Bids open soon to supply the technology for Sri Lanka’s biometric digital ID system in development, but the contract, supported by $3.8 million from India’s government, will only be open to Indian vendors. All citizens are expected to be registered for the system, which is modeled after Aadhaar, within two and a half years of the contract being awarded.

The ID4Africa 2022 in-person Annual General Meeting was held this week in Marrakesh, Morocco, with a heavy focus on legal and digital ID as a mechanism for enabling service delivery, as indicated in the official theme; ‘Identity in Context: The Digital Transformation Journey Begins.’ As Official Journalist for the event once again, our most popular coverage includes a recap of the insights offered by senior government officials and identity authorities from across Africa.

Workshops were held on day 2 of ID4Africa to tackle digital public infrastructure and public engagement to support digital ID projects, frictionless borders enabled by them, and the likelihood of success in issuing legal identity to all by 2030. The workshops were led by leaders from the Digital Public Goods Alliance, IOM, UNICEF and the World Bank’s ID4D.

The use of digital credentials during the Covid pandemic in Canada showed the country’s ability to digital adapt, according to a Treasury Board President Mona Fortier, who was speaking at the IdentityNorth 2022 Annual Summit in Toronto. In the U.S., a bill proposing steps towards a national digital ID system has been proposed citing the avalanche of fraud suffered by underfunded federal agencies during the pandemic.

Three of Australia’s largest retailers are using facial recognition on customers, with a report suggesting they are not being as transparent as they should. A major Columbian retailer is putting in facial recognition for payments, Raydiant is being used for menu personalization based on facial analysis, and a Japanese pharmaceuticals retailer is launching vending machine with biometrics to prevent abuse.

A different kind of biometric vending machine has won an innovation award from the World Food Program. The GrainATM has been deployed in India for a couple of years to distribute rations, authenticating benefits recipients with fingerprints.

A memo to a UK MP by Biometrics and CCTV Commissioner Fraser Sampson urges the government to take action to clean up “digital asbestos,” by which he means surveillance products from companies with Chinese government ties like Hikvision and Dahua. At the same time, IPVM shares new details about the role of facial recognition in Xinjiang’s repressive public surveillance systems.

For those seeking a way to protect themselves individually from unwanted surveillance with facial recognition, an entrepreneur in Argentina has invented a set of glasses with manual or automatic controls to apply an instant disguise in the presence of facial recognition cameras.

Zwipe suddenly announced a new CEO this week, with André Løvestam stepping aside for Robert Puskaric after supporting a transition period. Biometric payment cards featuring the company’s technology are about to piloted in Germany, meanwhile, and a partnership in China extended.

Yoti CEO Robin Tombs recently joined Dell’s ‘Making Progress: Leading in Times of Change’ podcast to talk about running an ethical business as a differentiator in a time of widespread distrust with tech, the vulnerability of those newly-reached by digital inclusivity efforts, and bringing the sensible ways of minimizing harms in the offline world to the online equivalents.

Please tell us about any blog posts, podcasts or other content you would like us to share with the people in biometrics and the broader digital identity community in the comments below, or through social media.