Ethiopia’s Zemichael on delivery of 70M digital IDs by 2025, lessons drawn from ID4Africa 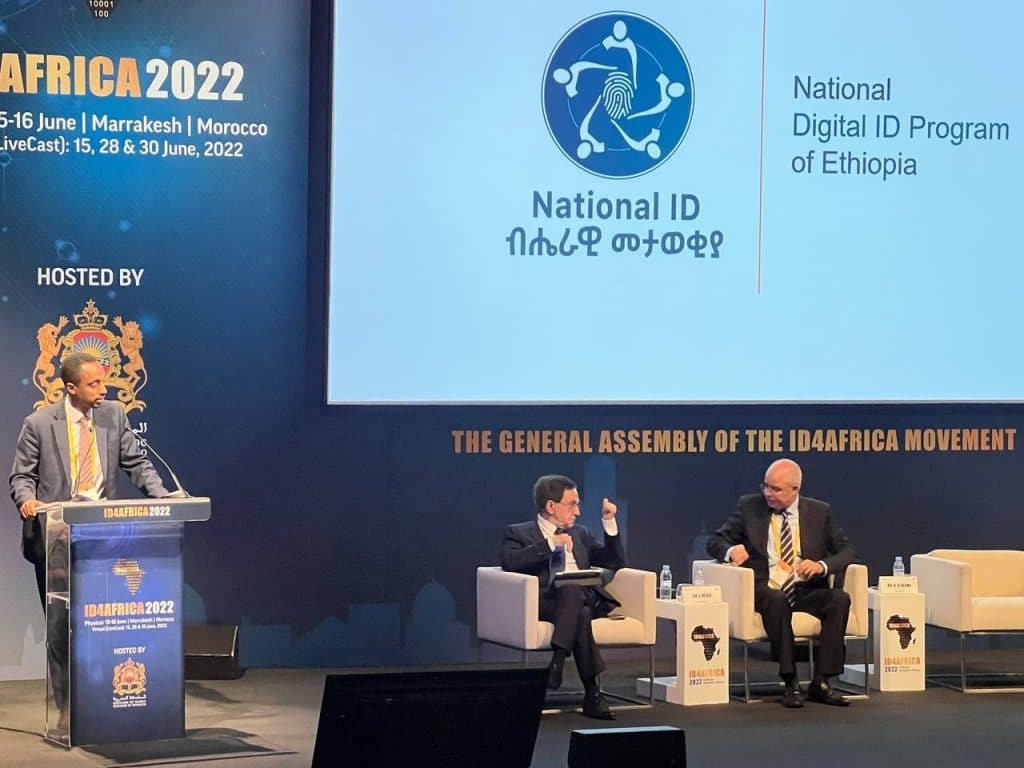 The Executive Director of Ethiopia’s national ID program, Yodahe Zemichael, says the country is well on course to reach 70 million Ethiopians with a digital ID by the year 2025.

In an interview with Biometric Update on the sidelines of the ID4Africa Augmented General Meeting which took place last week in Marrakesh, Morocco, Zemichael spoke on the state of execution of the project which is currently at the use case pilot phase, issues of funding and partnerships, challenges faced and how authorities are trying to overcome them, and the benefits which the digital ID scheme will bring to Ethiopian citizens.

How it started, where it is heading

As Zemichael explained, the MOSIP-based digital ID project started with an initial pilot, then field tests, and now, is in the use case pilot phase where it is expected to reach 100,000 people by the end of July.

“Initially, we planned to do a pilot and then a country-wide rollout. For now, the pilot has become progressively extended, while increasing its scope. We had to do the initial pilot for one full year, which involved experiments with the different platforms, different customizations and modifications and adjustments to local scenarios. After that, we had field tests during which we registered five thousand people. Currently, we are in the use case pilot and the target is 100,000. Before we came to ID4Africa, the last number we had was 70,000. We reached this number in less than two months,” explains Zemichael.

He says this phase of the rollout will be completed by the end of next month, before it enters the pre-launch phase which will seek to enlist 500,000 people.

“In the last quarter of 2022, we plan to reach 500,000 people to be issued a digital ID,” the official explains. “By the beginning of 2023, and within the next two years, it will be an intensive nationwide rollout phase where we plan to really increase our daily, monthly and yearly production in order to reach 70 million residents of Ethiopia by the year 2025.”

While the Ethiopia ID Executive Director is confident the country can reach its target as outlined, this many not come so easily as there are a couple of challenges that stand in the way. One of such challenges, he says, is motivating adoption by the population, but there is a strategy in place to deal with this.

“One of the biggest challenges often under looked is not finance or technology. It’s adoption. People sometimes question why they have to give their biometrics such as their iris and their fingerprints. So, we have been carrying out proper advocacy and communication outreach so that people understand that the benefit is not for the government or some other obscure second party, but for themselves. We have made them know that they are the primary beneficiaries of the digital ID, especially underserved, low-income and financially excluded populations. This has to be really drilled down and communicated,” Zemichael explains.

“In our context, we have different cultures. You know Ethiopia is a big country,” he adds. “So we are making sure we have customized communication for different groups of people so that we don’t face a lot of resistance. The other challenges we face have to do with finances, logistics, customization of the platform, and integration with different vendors. But these are no big challenges and we are dealing with them.”

For such large-scale projects, funding is important, but not sufficient on its own. There has to be strong political will from the government, and Ethiopia is also lucky to have this, says Zemichael.

“The government is committed. We are also soliciting to secure external financing, but if that is not the case, our government is very committed to make sure that funds are available to meet our milestone,” he says.

In one of the plenaries on the first day of ID4Africa 2022, Zemichael took to the stage to share Ethiopia’s digital ID experience as one of the greenfield ID projects of the moment. He believes being at the ID4Africa meeting was an opportunity to learn from those who have been in the business for many years.

“At ID4Africa, we had close interactions with officials from National Identity Management Commission (NIMC) of Nigeria, and those of Morocco. We learnt a lot from our exchanges with them. They have been doing this ahead of us. We also interacted with people from many other countries which have been running ID systems for many years. We are learning from their successes and failures,” he mentions.

The official indicates that although Ethiopia’s ID ecosystem is open-source, the field remains open for technology providers who may want to come in with solutions for specific use cases. “If a particular technology provider is interested in the finance sector, or if their portfolio and experience involves the banking sector, they should come in and help us work with the banks. If another one works with agriculture projects, they should come and help us work with actors in this sector. So our focus is the use cases, not public procurements that we directly do,” he states.

Ethiopia in April launched a biometrics hardware tender for ID enrolment, just as the legislative framework of the ID ecosystem has also been under review by stakeholders.