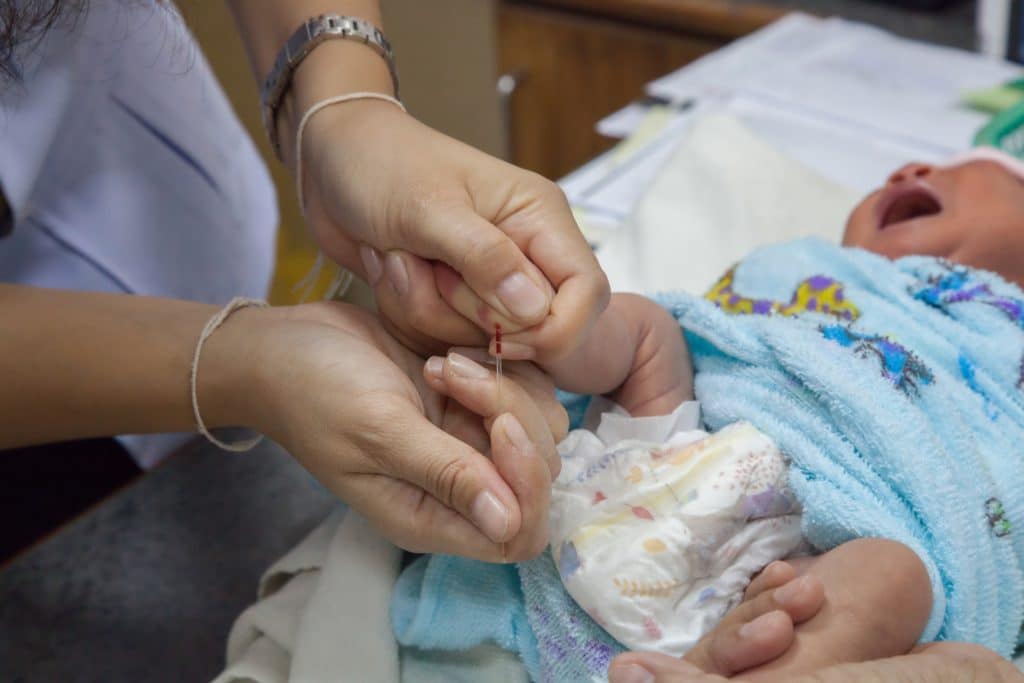 Some U.S. governmental bodies are growing squeamish over law enforcement use of blood spots routinely taken from newborns to screen for early fatal diseases.

Most new parents wince when they learn of or witness the pricking of their child’s fresh heel. What almost no parents could know is that police might someday quietly get access to that drop of biometric identifiers while investigating a crime.

The state is involved in a lawsuit that touches on biometric privacy and consent. According to the WKAR report, infant blood samples in Detroit are often stored for later use by scientists.

Meanwhile, In New Jersey, state police last year used a subpoena to take a stored sample for use in a 1996 rape case, according to reporting by the trade publication Law360. The publication says is the first known instance of stored infant blood samples used by police to prosecute a crime.

Unless parents claim a religious exemption, all babies in New Jersey are sampled. All states and the District of Columbia store the blood, but practices and policies vary.

There seems to be a shared sense of the unusualness of taking DNA evidence without a warrant from a subject who could not provide informed consent and without a parent’s permission.

The two agencies are due to appear in court September 8.

It is unclear where this trend is heading. Hesitancy by state governments to rein in police use of consumer biometric databases generally for crime investigations is eroding.