Success of age estimation, digital ID trials in UK lead to pressure for changes to the law 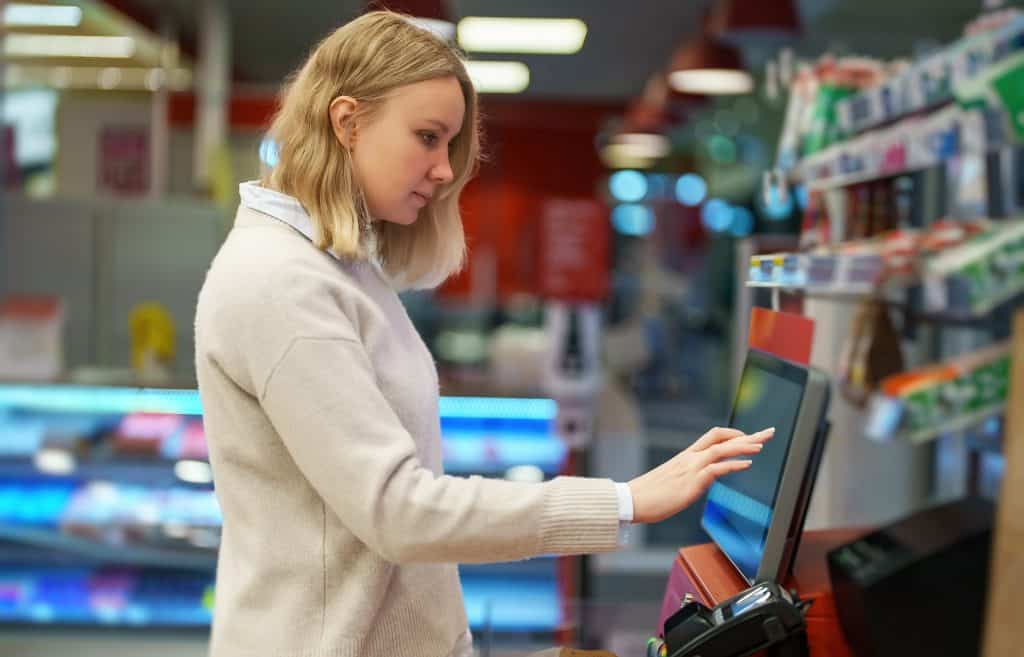 The influential British Retail Consortium (BRC) is calling for a change to the law to allow the use of age estimation to verify customers’ age for sales of alcohol, based on successful sandbox trials involving the technology in 2022.

Customers must be 18 to buy alcohol in the UK. If someone appears under the age of 18, the seller must ask for valid identification. This must be physical ID and incorporate a UV or holographic element, a requirement that only applies to alcohol.

In the trials managed by the Home Office and Office for Product Safety and Standards (OPSS), a variety of settings were tested such as instore and click-and-collect purchases as well as licensed venues.

The Home Office is yet to release the full reports of the trials that took place last year in England. So far it has released a summary, which a source in the age verification sector noted as being buried with its publication on 30 December. The results were positive for age estimation in store, less positive for digital ID and “inconclusive” for venues and the on-trade.

Overall there seems to be an appetite for the technologies at self-scan checkouts, but the “majority of trials of digital ID apps experienced very low take up,” notes the Home Office.

The BRC finds that digital age estimation technology would make stores “a safer place to work and shop.” The body considers the technology as effective in speeding up transactions and reducing the risk of violence towards staff who challenge customers over age verification.

The BRC’s own most recent crime survey found that retail staff face more than 1,300 incidents of violence and abuse every day and one of the most common triggers is staff asking to verify age for alcohol sales.

Digital technology could sidestep this interaction, if legislation allowed it.

“The BRC has long campaigned for digital age estimation technology to be used to verify a person’s age for the purchase of alcohol,” comments Tom Ironside, director of Business Regulation at the BRC.

“With incidents of violence and abuse against retail staff sharply rising, the technology would help to make stores a safer place to work and shop. Digital forms of age verification can already be used for all other age restricted products such as tobacco, knives and medicine, and there is no reason this cannot also be extended to alcohol sales.”

There was a similar response to the trials from AVPA (the Age Verification Providers Association): “It is hoped that the trials will now prompt evidence-based changes to government policy so customers are no longer required to carry valuable physical ID such as a passport or driving licence when they go shopping.”

The trial results match the hoped-for outcomes listed when the Home Office called for participants. The trials were not intended to only verify age, but to tackle issues that arise around the process such as aggression from customers and disorder in queues outside venues.

Surveys were carried out on behalf of the tech companies at the beginning and end, as well as audits and test shoppers. Age estimation has been widely welcomed by stores’ (remaining) staff as a way to prevent attempts by children to buy alcohol and as a tool for reducing abuse against staff.

Current licensing law (Licensing Act 2003) means that even during the trials, which had to be arranged in collaboration with local authorities and police, the digital solutions were not sufficient to confirm the age of 18 for purchasing alcohol. A physical credential with a hologram or ultraviolet element must be presented.

Participants reflected some frustration over current legislation as other age-protected items from the age of 16 include lottery tickets and spray paints, and for 18-year-olds there are others such as tobacco, knives and certain fluids for lighters.

UK politics are still going through a turbulent time and it appears there may be little appetite for changes to the law around alcohol licensing, even if they could lead to an easy win with secondary amendments that do not require debate in parliament. Biometric Update has contacted the trial team at the Home Office for comment on further details from the trials.

In the meantime, below are the results of age estimation and digital ID trials by Yoti in supermarkets (all of which are BRC members). Further reports on 1account and Innovative Technology are to follow.

Yoti brought two ways for shoppers to prove their age for age-restricted purchases at self-checkout at a small number of outlets of the supermarket chains Asda (Leeds), Morrisons (Leeds), The Co-op (Manchester) and Tesco (Tiverton), which used it for click and collect purchases.

For reference, most supermarkets of any format in the UK and an increasing number of different types of retailers such as clothing stores use unstaffed checkouts. At present, the scanning of any age-protected product requires staff to come to that checkout, assess customer age and enter a code to allow the purchase. Some stores have cameras above each checkout which feed to an operator monitoring all checkouts to assess the buyer. Low staffing levels lead to frustration and even boycotts.

Customers in the trial stores could undergo age estimation analysis by looking into a camera connected to the checkout. This captures an image, runs Yoti’s facial analysis and gives the till a yes/no then deletes the image.

Yoti said in an email that the digital identity app option was a fallback in case the age estimation tech deemed them to be under 18. They could try Yoti’s app or the Yoti-enabled Post Office EasyID app to scan a QR code on the checkout screen to share their verified age attribute from the app. Yoti would not specify which version of the app had greater take-up.

Customers could also request traditional verification by a member of staff.

Unlike other trials, the local excise authorities allowed the tech to determine age verification, meaning customers could fully use age estimation or digital ID to purchase alcohol.

“We believe the trials were a great success,” communications spokesperson Rachael Trotman told Biometric Update by email. “There were no reported sales of underage customers purchasing age restricted items when using our age verification technology, and participating supermarkets confirmed they support digital age verification, and would welcome legislative change in this area.”

All customers provided informed consent when using it, the majority of shoppers liked the technology and would use it again, and the supermarkets also confirmed their support for digital age verification and would welcome legislative change to enable it.

The technology “provided an opportunity to reduce the number of physical age interventions, giving retail staff more time to monitor other activities, including spotting proxy sales,” states their online summary.

“We have always believed our technology can play a pivotal role in strengthening age checks so we would also welcome legislative change so that digital age verification can be used for the purchase of alcohol,” added Trotman.

Since the trials in 2022, Yoti has continued to improve its technologies. A further supermarket, Aldi, is trialling its facial estimation on its mobile app and it has been installed in gambling machines in unstaffed entertainment zones.