It sounds like Apple is having trouble integrating a sensor in the iPhone 5S, but a newly-discovered string of code makes it look like biometrics are certainly intended to be a part of the iOS 7 experience.

Perhaps the most tangible proof to date to confirm that the iPhone 5S will ship with a fingerprint sensor, a string of code found in iOS 7’s latest beta release describes a user touching the home button with their thumb and then being shown an image of a fingerprint on the screen that “changes colour during the setup process,” supposedly to confirm authentication. 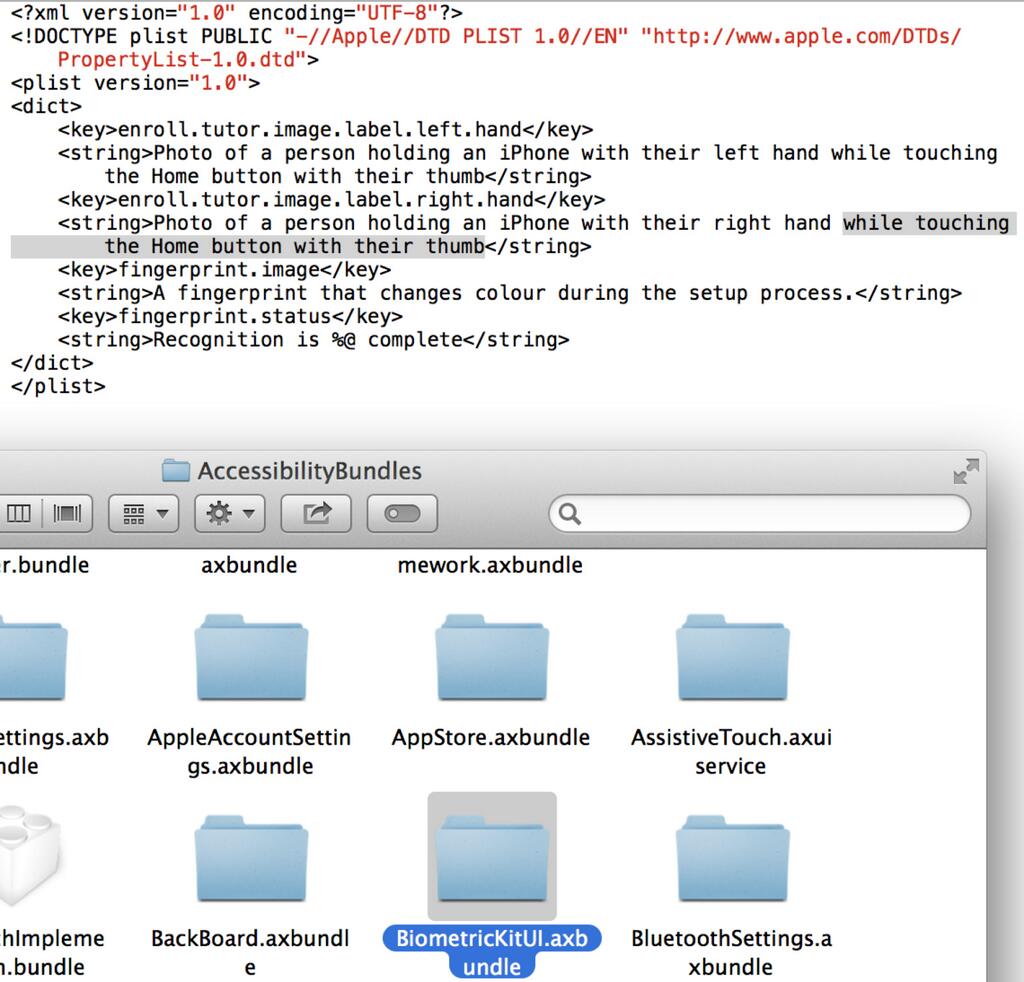 The code was first uncovered and tweeted by code sleuth Hamza Sood, as 9to5Mac reports.

We’ve really been put through the wringer in terms of Apple fingerprint sensor rumors over the past year or so, but it looks like one of the earliest could prove the most correct, which is the home button fingerprint sensor. In January, Ming-Kuo from KGI Securities (who has an unbelievable track record for Apple product launch predictions) suggested a fingerprint sensor would be included in the iPhone’s home button.

As we reported in March, images which purported to show home button componentry for the new iPhone 5S cast doubt on the home button placement. But today’s code discovery certainly seems to confirm that the home button is where the sensor will sit.

It was reported that recently, Kuo had even backed off from some of his earlier claims about the sensor integration – let alone placement. According to AppleInsider, the latest research note from Kuo didn’t even mention a fingerprint sensor for the iPhone 5S.

For almost as long as the sensor rumors have been swirling, so too have reports of Apple’s trouble with integration. Just last week, reports emerged from Korea which suggested that both Apple and Samsung continue to face separate but similar battles in the fight to be the first to integrate, and that Samsung may shelve its plans entirely.

LG’s latest smartphone, the G2, is also anticipated to be launched with a fingerprint sensor. The company is planning a live streamed launch event for August 7th at 11 a.m. EST.