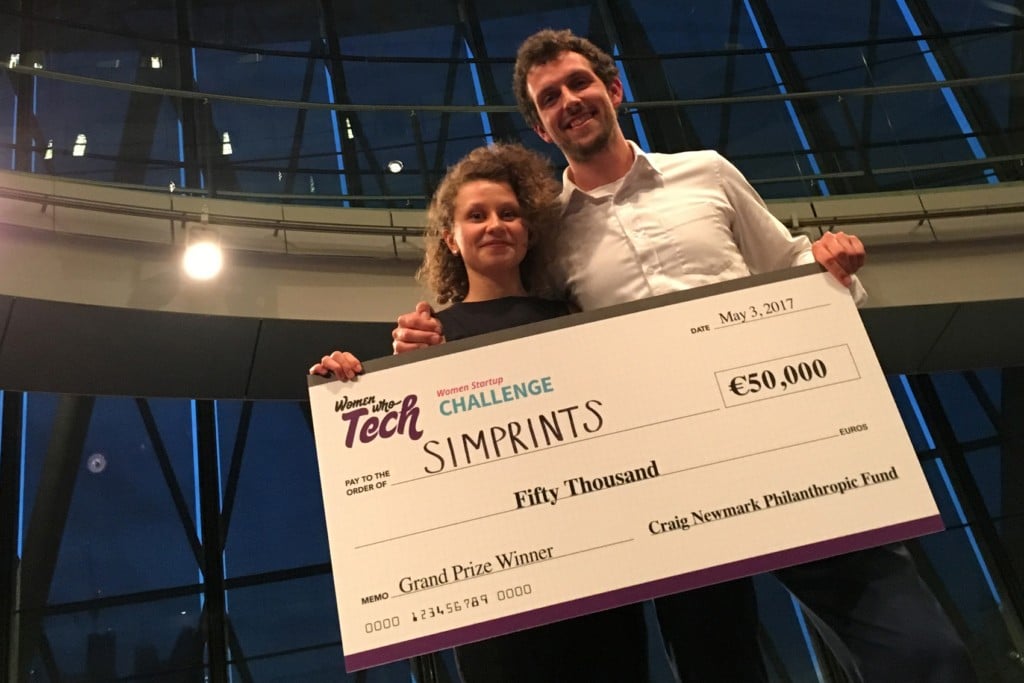 Fingerprint technology firm Simprints, and its co-founder Alexandra Grigore, are the grand prize winner of the Women Startup Challenge Europe.

Simprints is a nonprofit tech company from the University of Cambridge that is building an affordable, secure, rugged, open-source fingerprint system that works in the world’s toughest settings. Its technology creates a unique digital identity based on a fingerprint, allowing healthcare workers in remote areas to access patient records on a mobile device. The algorithm in the biometric scanner is optimized to recognize worn and scarred fingerprints. The scanners connect via Bluetooth with the Simprints identification app and is compatible with Android mobile devices. The company has previously received funding from Innovate UK, the Bill & Melinda Gates Foundation, UKAid and USAID.

“This is our first-ever international competition and the response from the tech community has been extraordinary,” said Allyson Kapin, founder of Women Who Tech. “We had more than 200 applicants, and our finalists included some of the most innovative women-led startups based in Austria, Finland, France, Ireland, Spain, and the UK.”

“Supporting women in tech is a big deal, and not just in the U.S.,” commented primary sponsor Craig Newmark. “The tech industry worldwide needs more women. We need their perspective and talent. But only 10 percent of global investor money goes to women-led startups, even though women-led companies deliver a 35 percent higher return than those led by men. We’ve got to invest in talent and close this gap.”

This was the fifth Women Startup Challenge since June 2015 and the first to be held outside the U.S. More than 1,500 women-led startups have participated to date and nearly $1M in cash and other prizes have been awarded to winners and finalists.