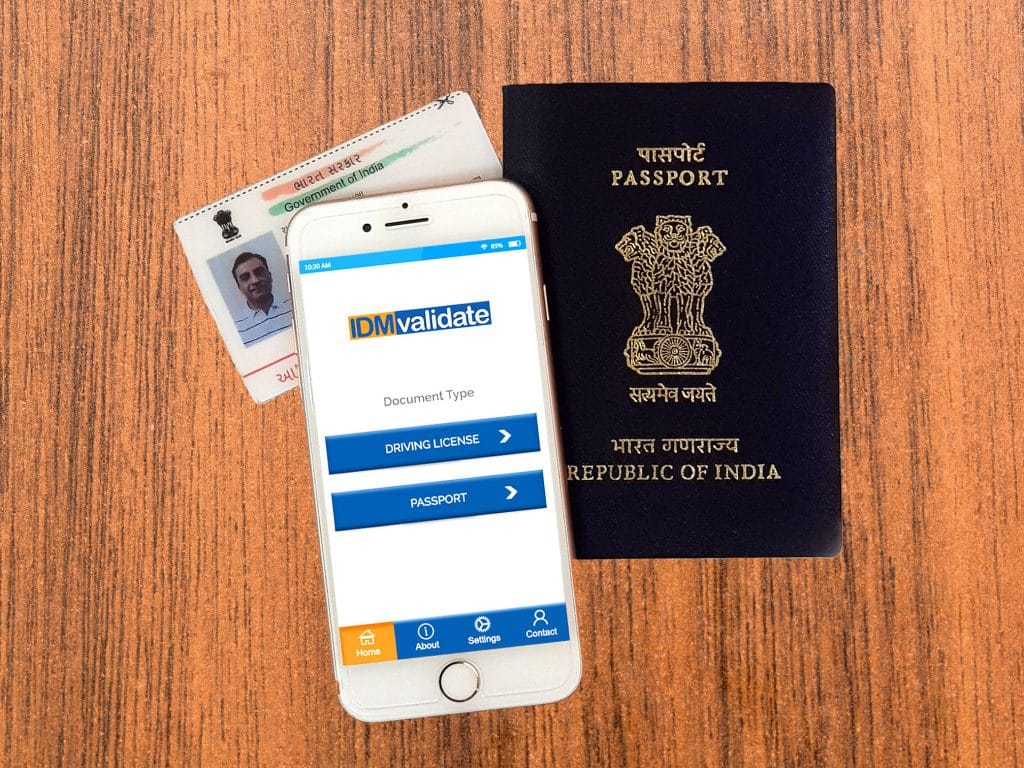 IDMERIT has extended its IDMvalidate app for identity authentication through verification of government documents and facial biometrics to India, with support for a range of identity documents.

Indian consumers can use IDMvalidate, which was unveiled in July, to authenticate any two from among an Aadhaar card, passport, PAN card, EPIC (Electoral Photo Identity Card) card, or state-issued driver’s license. The automated solution also verifies document data with a back-end check of in-country databases, and then performs facial biometrics with liveness detection.

“If you are transacting business with someone in India, you need to have a way to verify they are who they say they are,” IDMERIT CEO Tony Raval says in the announcement. “We are the first company to offer automated verification of India’s multiple identity documents.”

Raval told Biometric Update in an interview that despite Aadhaar, the fragmented landscape of identity documents in India makes it very complex to provide easy identity verification and onboarding in the country.

“India introduced Aadhaar in hopes that it would resolve India’s identity issue, but it has created a whole new set of concerns,” Raval says in the announcement. “I believe companies will need to continue to accept multiple IDs to verify Indian citizens’ identities and would caution anyone from blindly accepting the Aadhaar card to confirm identity.”

In conversation, he goes further, saying that creating a fake Aadhaar card has been too easy, with inadequate de-duplication and data maintenance resulting in fraudulent cards being produced for sale by authorized enrolment partners.

“If you authenticate the fraudulent Aadhaar card on our app it’s going to pass that authentication, and that’s why we have the facial biometrics,” Raval explains. “We make them take a selfie, they’re asked to blink and perform different gestures randomly, just so that we know that individual is who they say they are, and they can be matched to the Aadhaar card. We also require our customers to use another form of ID along with Aadhaar.”

The proliferation of fake identity documents is widespread in India, Raval says, which along with the complexity is what gives IDMERIT its opportunity in the enormous market. Raval says the company will target the country’s fast-growing fintech industry.

“In terms of using an ID verification system which is automated, our system is going to provide the best option that exists in India,” he says.

Aadhaar’s problems include recent complaints by the Indian Telecom Association that the requirement that facial recognition be performed by telcos will result in a costly duplication of effort.