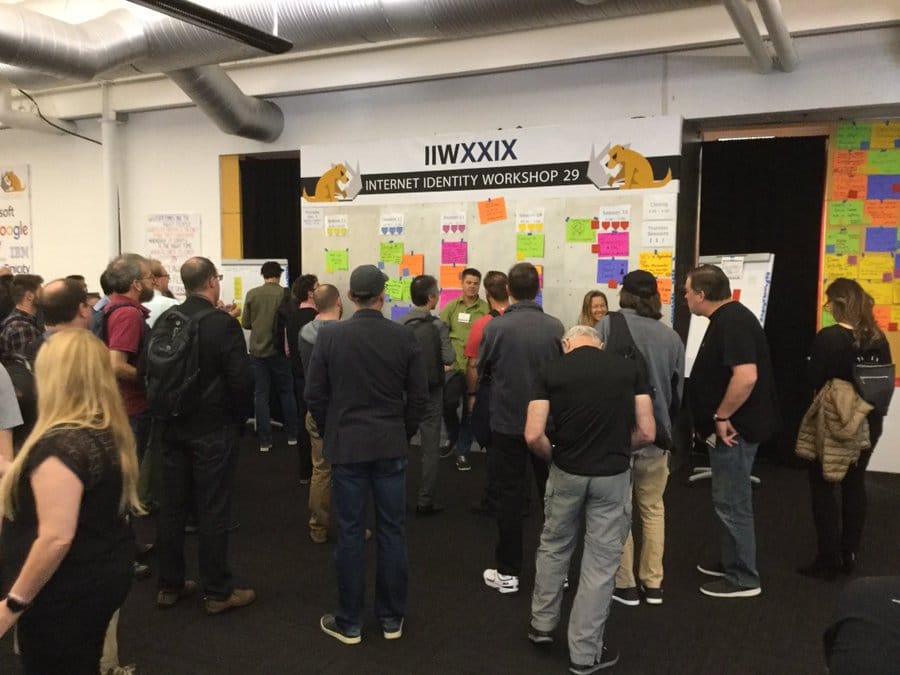 A group of decentralized identity and biometrics stakeholders at the Internet Identity Workshop (IIW) XXIX have agreed on the framework for “6 Principles of Self-Sovereign Biometrics” to encourage the development of decentralized, user-controlled biometric systems.

IIW is a semi-annual event held in Silicon Valley since 2005 to explore and address issues related to identity, and self-sovereign or decentralized identity in particular. It functions as an ”Open Space unConference” with attendees setting the agenda each morning. A number of technical initiatives, protocols, and standards have been influenced by or developed at IIW, attendees tell Biometric Update.

A session convened by Veridium CTO John R. Callahan was attended by several biometrics and identity professionals, who discussed an early draft of the principles drawn up at a previous IIW. Put into practice, the principles should enable effective identification of individuals with biometrics to be performed only with their consent. Biometric Update attended the session in the capacity of an observer, and this reporter agreed to contribute to a section on potential intersections with other initiatives and working groups. Representatives from iRespond and Silk ID also participated in the discussion.

A document outlining the principles and their place in the identity ecosystem is planned for release in the coming months.

Be sure to also read “Self-sovereign identity community discusses the future of digital ID at IIW XXIX” for more coverage from the workshop.