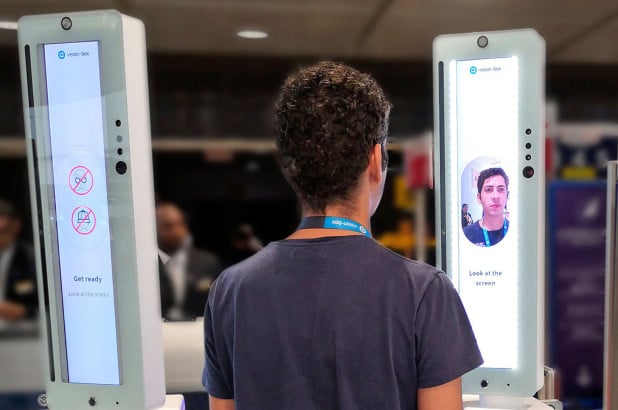 U.S. Department of Homeland Security wants to broaden the use of biometric facial recognition technology to check all visitors entering and departing U.S. airports, including U.S. citizens and green card holders who were initially excluded from mandatory scans, writes TechCrunch.

By implementing facial recognition scans for all travelers, DHS wants to keep track of people who do not leave the country once their visa is expired, to ensure border and immigration control. By 2021, 20 of the largest U.S. airports will be equipped with facial recognition scanning technology. Biometric exit departure procedures are already live at 20 airports.

“The Department of Homeland Security (DHS) is required by statute to develop and implement a biometric entry-exit data system. To facilitate the implementation of a seamless biometric entry-exit system that uses facial recognition and to help prevent persons attempting to fraudulently use U.S. travel documents and identify criminals and known or suspected terrorists, DHS is proposing to amend the regulations to provide that all travelers, including U.S. citizens, may be required to be photographed upon entry and/or departure,” reads the official document released this fall.

The IDENT database held by the U.S. Department of Homeland Security (DHS) will hold biometric data from over 259 million people by 2022, per estimations in a recent Office of Procurement Operations presentation.

In 2018, Georgetown University’s Center on Privacy and Technology released a report that drew attention to issues related to the propriety and accuracy of the Department’s facial recognition pilot program. Soon after, the American Civil Liberties Union (ACLU) requested the U.S. Department of Homeland Services reveal its use or plans to use facial recognition software with a Freedom of Information Act request.

The decision to scan all travelers has again drawn criticism from civil liberties advocates.

“Time and again, the government told the public and members of Congress that U.S. citizens would not be required to submit to this intrusive surveillance technology as a condition of traveling,” said Jay Stanley, a senior policy analyst at the American Civil Liberties Union.

“This new notice suggests that the government is reneging on what was already an insufficient promise,” he said. “Travelers, including U.S. citizens, should not have to submit to invasive biometric scans simply as a condition of exercising their constitutional right to travel. The government’s insistence on hurtling forward with a large-scale deployment of this powerful surveillance technology raises profound privacy concerns.”

Contacted by TechCrunch, Homeland Security and Customs and Border Protection (CBP) did not comment.