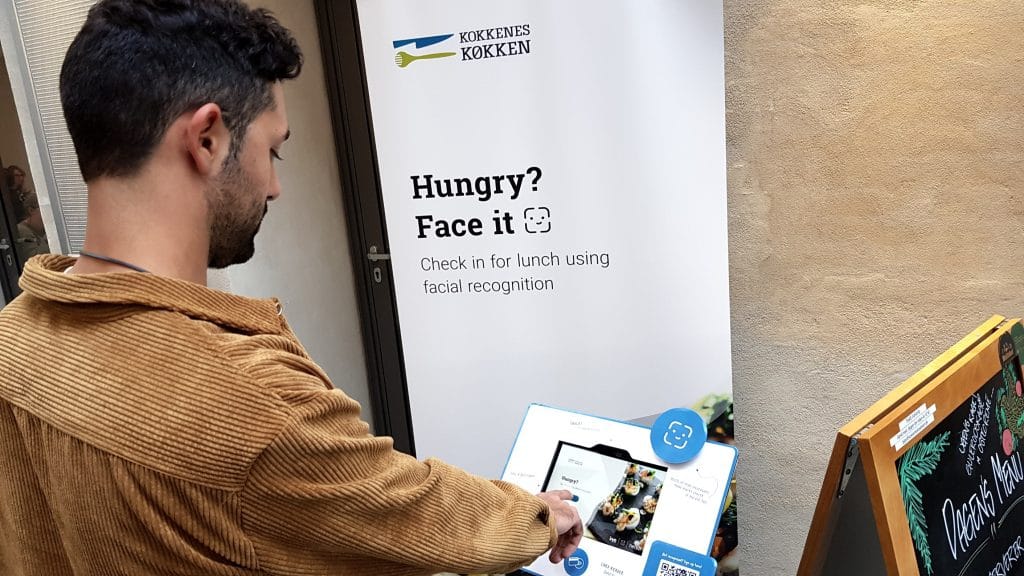 Nets has rolled out biometric facial recognition payment trials for 1,000 people in Copenhagen to see how people react to biometric authentication, the company announced.

The pilot program is promoted under the name ‘Hungry? Face it’ and is tested on individuals working at Vibenshuset, an office community of 25 companies. People in the community who want to take part in the pilot can just sign up. Their face will be linked to an employee ID card that they can use to pay for their lunch.

“We are used to bringing something with us each time we need to make a payment – cash, card or a device. But maybe it doesn’t have to be this way. What if you could pay by just showing up?” said Jesper Kildegaard Poulsen, Head of Creation Lab at Nets.

“Today, we have the technology to use faces as identification and validation when making a payment. However, how people feel about having their faces scanned is still under question. This trial will help us to learn more about consumer attitudes to facial recognition payments.”

Nets claims its solution is very easy to install, as it only needs a tablet with a pre-installed webcam and app.

“Merchants offering self-service solutions would be the most obvious adopters of facial recognition technology. Imagine the solution at a burger bar where you are recognized at the self-service counter and asked: ‘Do you want the same meal as last time, Jesper?’ This is where we see the largest potential,” Poulsen added.

In 2018, Nets rolled out a finger vein payments pilot at Copenhagen Business School, in partnership with FingoPay, that has so far led to over 22,000 transactions.

Another country with great plans for facial recognition payment systems is China, despite privacy and security concerns. Chen Jing, a member of the State Council’s Advisory Committee for State Information and former chief of the central bank’s technology division believes facial recognition payments will be rolled out across the country but the use will be allowed only for qualified service providers.

According to CB Insights, over 50 percent of AI companies worth at least $1 billion are located in China, where facial recognition technology is used even to prevent toilet paper theft.

“Development is of overriding importance because falling behind is the biggest cause for concern,” Chen was quoted as saying by the Beijing News following a report on Thursday. “Through dedicated exploration and efforts, face-scan payment will win recognition from society.”

UnionPay has already partnered with over 20 Chinese banks to introduce face-scan payment services.

iiMedia Research forecasts this year will see a widespread adoption of facial recognition payments adopted by some 118 million Chinese, compared to 61 million in 2018. In about two years, the number is expected to beat 760 million, yet there are still debates about security and privacy that need to be addressed.

In November, for example, a Chinese university professor sued a wildlife park for forcing him to be scanned for biometric facial recognition for park entry, objecting on privacy and data security grounds, while in across the ocean in May, San Francisco’s Board of Supervisors approved a ban on public biometric facial recognition use by police and other city departments.

Rising privacy concerns in China have led to the creation of the National Standardization Group for Facial Recognition Technology, a national-level working group led by SenseTime to set standards for biometric facial recognition. Companies that joined the group include Tencent, iFlytek, Dahua, Ping An, Alibaba affiliate Ant Financial, Xiaomi, and others.