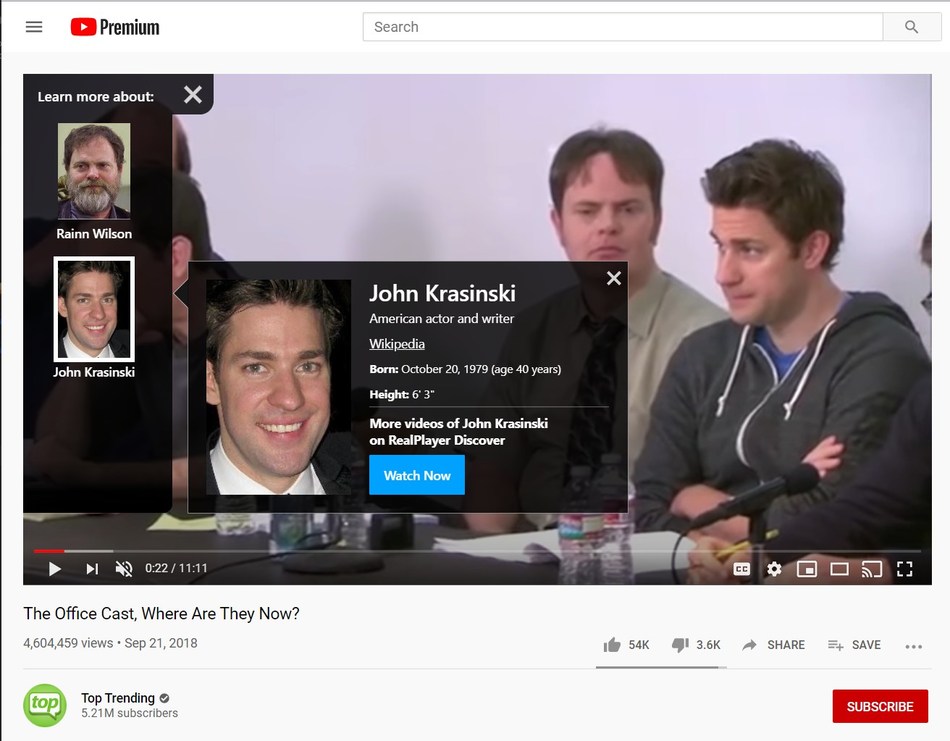 Dubbed “StarSearch by Real,” it is also a video navigation tool that informs the user where celebrities appear in the video and skip directly to that section. The technology was initially created for live surveillance at schools, casinos and airports.

The feature is only available as a Chrome extension for both Windows and Mac, and the RealPlayer 20/20 software for Windows PCs. It is not operational on set-top devices or smartphones. The company plans on making the extension work with more video apps and streaming services beyond YouTube and Netflix.

For now, the extension only supports public figures, but according to GeekWire, users can use it in RealPlayer 20/20 to tag friends and family in personal videos. Unlike Amazon X-Ray on Prime Video, StarSearch detects people in real-time.

“A super interesting thing has happened in the last three months, which is the PC has yet again moved to the center of video in the context of the pandemic,” RealNetworks CEO and founder Rob Glaser said in a video presentation. “It’s really been a Renaissance period for PCs.”

This is RealNetworks’ first AI-powered consumer product and the first implementation of its SAFR facial recognition in a new market.

Eric Hess, senior director of product management for Face Recognition & Security Solutions, wrote in a recent post that the company has adapted its biometric recognition algorithm to also work with masks.  RealNetworks has also launched a SAFR platform for the EMEA market that leverages biometric facial recognition to identify people wearing protective clothing.

In the first quarter, RealNetworks’ Consumer Media division registered $3.5 million in revenue, about 8 percent of the company’s total.