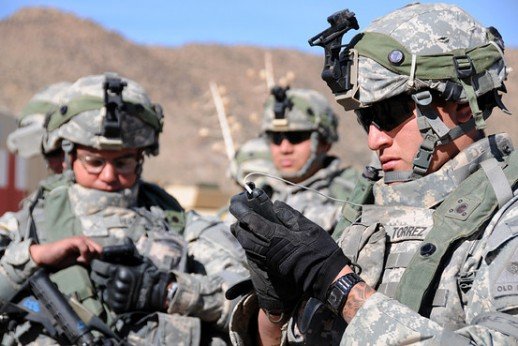 A small but growing unit within the U.S. Defense Department has created a portable and networked prototype biometrics application to separate friendlies, foes and civilian allies in the field.

The software can recognize faces, fingerprints and irises. It is designed for “lightweight, portable devices such as cellphones” networked to one another and the cloud.

It is unclear if the app, known as Basic Optical Biometric Analysis, requires dedicated hardware. A release from the Department of Defense announcing the app did not say how big the app itself is, and was hazy on other product details.

Enrollment is “streamlined,” and uploads are said to be “nearly immediately available” for networked devices with the app.

A unit within the Defense Department, called the Defense Digital Service, created the software for the U.S. Army. Service personnel worked with the Army’s Cyber School.

The Defense Digital Service holds, especially among the myriad other military units, a reputation for marketing flair.

Not yet five years old, the service describes itself as a “SWAT team of nerds” with a main office in the Pentagon and a remote facility in Mountain View, California.