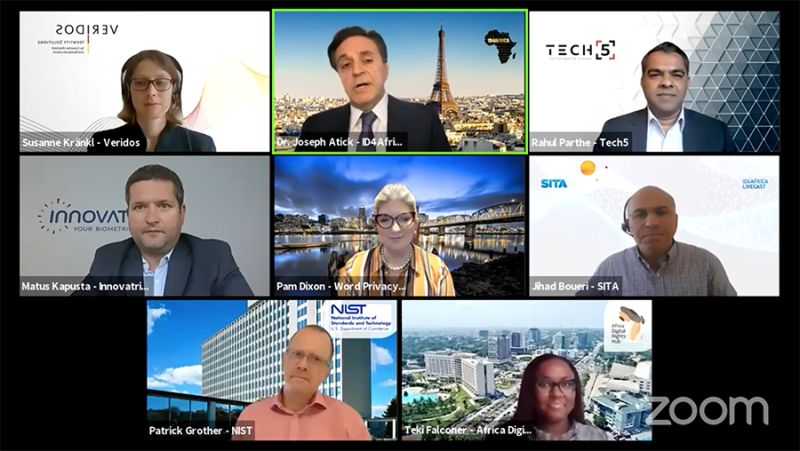 The presence of demographic differences in face biometrics performance has dogged increasingly dogged the modality, and been referred to in support of arguments for bans and moratoriums on the technology. Now ID4Africa has called on Facebook to use its enormous database of facial images to settle the question of whether such differences, or ‘bias,’ reflect an inherent limitation in the technology, or if it can be trained out of the algorithms with representational datasets.

Available for replay from the ID4Africa Knowledge Hub, the “Spotlight on Face Recognition Technology” webinar featured a keynote address by National Institute of Standards and Technology (NIST) Biometrics Evaluator Patrick Grother, a series of case studies from biometrics providers on specific applications of facial recognition, and a panel discussion with a pair of data privacy experts.

Executive Chairman Dr. Joseph Atick hosted the webinar, which was attended by roughly 500 live participants from 92 countries, and has been watched several hundred more times over the weekend, the latest in the enthusiastically-received online series from ID4Africa.

Advances in face recognition technology over the past several years were summarized by Grother, with an Idemia algorithm improving from a 13 percent false non-match rate (FNMR) in 2017 to 0.6 percent in 2020 presented as typical of industry accuracy gains. Face masks, however, set accuracy back roughly two to three years, according to NIST testing, or in some cases render algorithms totally ineffective. Even for high-volume 1-N matches, the top algorithms have accuracy higher than 99 percent FNMR with false match rate (FMR) set at 1 percent, however Grother urges a “buyer beware” attitude towards different algorithms, as they show wide ranges.

The limits of the technology were a greater focus, however, for an audience that is largely aware of the potential power of biometrics. Problems posed by twins and even family resemblance for facial recognition systems was discussed, and Grother notes that NIST testing on demographic differentials or “bias” shows that while a typical algorithm may make one error in 30,000 Polish men, the same software makes an error for every 30 attempts to match older Chinese women.

When asked by Atick if face biometrics have advanced to the point of being reliable enough to provide identity assurance for a national identity project at scale, Grother answered in the negative, referring to the choices made by India’s government when establishing Aadhaar’s biometric basis.

Whether facial recognition accuracy issues can be trained out with better datasets, or the problem is inherent to the modality is uncertain, Grother says. While he believes the problem is not fundamental to the technology, Grother agreed with Atick that more data is needed. Facebook is uniquely positioned to train facial biometric algorithms with massive volumes of demographically and racially-balanced data, according to Atick, but the social media giant has not participated in NIST testing, to date.

Atick called on Facebook to create a racially balanced database to train an algorithm, with subject permission, then submit its algorithm for NIST testing. This could show whether time and development work will suffice for face recognition that works well for everyone, including older people, women, and people with darker skin. If doing so is only possible by prioritizing those groups at the expense of other demographics, then face biometrics may not be appropriate for certain use cases at any point in the future, regardless of how the algorithm is trained. An attempt to optimize for all races could create a sort of lowest common denominator for accuracy, as Atick puts it.

“Now we’re at a point where we’re trying to ring another bell and alert the community about the need to resolve this issue before we go down the path of taking policy decisions that may not be informed correctly,” Atick tells Biometric Update. “Unfortunately, the only player right now who holds the key is really Facebook, because they have the expertise in face, and they have the diversity of the database. So we call upon them as the international identity community to step up to the plate as a good-will gesture, and help resolve this issue.”

Support among the digital ID community for self-regulation of the biometrics industry has fallen to 2 percent in a survey taken during the webinar, compared to 22 percent when Atick conducted a similar poll in London in 2014. A pair of polls of the audience showed 60 percent of the community supports specific legislation to protect against the misuse of facial recognition, while 38 percent believe general data protection legislation will be the most effective protection. A majority also believes face recognition creates a larger threat to personal privacy than other biometrics, while only 19 percent say it represents less of a threat, as a use of publicly available information.

World Privacy Forum Founder and Executive Director Pam Dixon discussed possible methods of risk mitigation, and the need to bring together different stakeholders to decide what constitutes appropriate use of face recognition.

Africa Digital Rights’ Hub Founder and Executive Director Teki Akuetteh Falconer raised concerns particularly important for Africa, including the context of “maturing democracies” in which face biometrics are deployed, and the combination of data sovereignty and jurisdiction issues. If foreign companies hold African people’s data overseas and misuse it, then African governments must have recourse. Dixon and Falconer also agreed on the potential value of regulator-approved codes of conduct with concrete obligations.

Falconer says that the serious risks associated with facial recognition do not mean that it cannot be used, but rather than transparency about when its use is appropriate is needed, along with “a larger ecosystem that recognizes certain values.”

Paul Damalie, founder and CEO of financial onboarding provider Appruve, made the point that consent-based processes with face biometrics, typically for authentication, avoid most of the main concerns about the technology, as opposed to non-consensual applications like public surveillance. Maxine Most of Acuity Market Intelligence noted that “banning technology’s like banning books; you just can’t do it. The cat is out of the bag,” and advocated for expanded public-private partnerships to build standards to address concerns.

Atick also announced during the webinar that the next in-person meeting of the ID4Africa Movement is now set for October 27 to 29, 2021, still in Marrakesh, Morocco. This allows time for travel and host arrangements to be made to ensure the safety and presence of participants from all African nations and around the world. In the meantime, ID4Africa has continued to develop a robust lineup of online engagement opportunities for African identity stakeholders.

The next webinars scheduled in the series include an Identity Day spotlight on inclusion on September 16, a Country Progress Report spotlighting Nigeria on September 23, and an online expo in November to showcase new products and developing technologies.