Tascent has been awarded a new patent from the U.S. Patent and Trademark Office for a multimodal biometrics innovation which would bind a facial image enrolled through a selfie with an iris biometric image captured from the same person at a later time.

‘Binding of selfie face image to iris images for biometric identity enrollment’ describes a system Tascent says solves one of iris biometrics’ main implementation challenges, which is how to carry out staged enrollment to create a single identity record. The two biometrics are combined algorithmically in the proposed system. 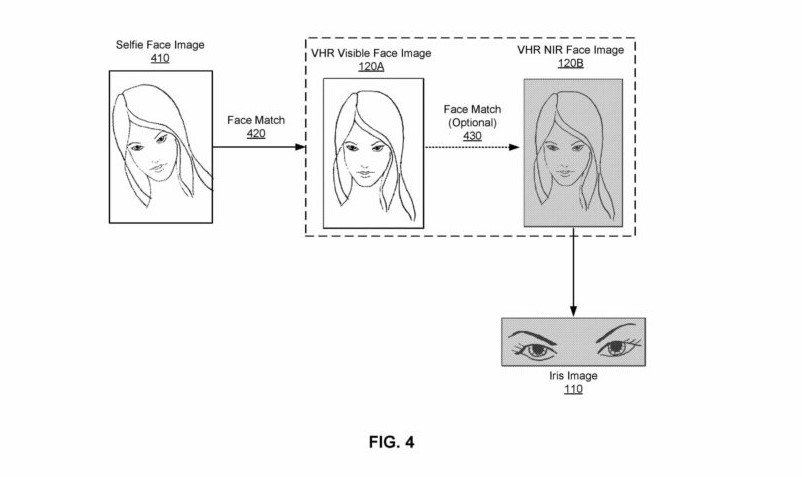 Tascent points out in the patent that high-resolution imaging is now widely available to consumers in some markets.

“Self-pre-enrollment is a process used in a wide range of scenarios such as building physical access control, voter registration, personal banking, expedited travel and immigration, etc.” the inventors write. “However, these self-captured face images (herein referred to as “selfie” face images) are typically of variable biometric quality (for example, may be impacted by shadows, poor orientation, sub-optimal camera positioning, and/or confusing backgrounds). This impacts an accuracy of biometric systems that might make use of selfie face images, and limits their value.”

The need for dedicated and specialized enrollment devices has limited the adoption of iris biometrics so far, Tascent claims, prompting the company to look into a way to address this issue while tapping into the momentum behind smartphone-based enrollment apps.

The resulting multi-modal system could be used for securing payments with biometrics, physical access control, live event access, border control, and law enforcement applications. The patent was originally filed for in 2018.