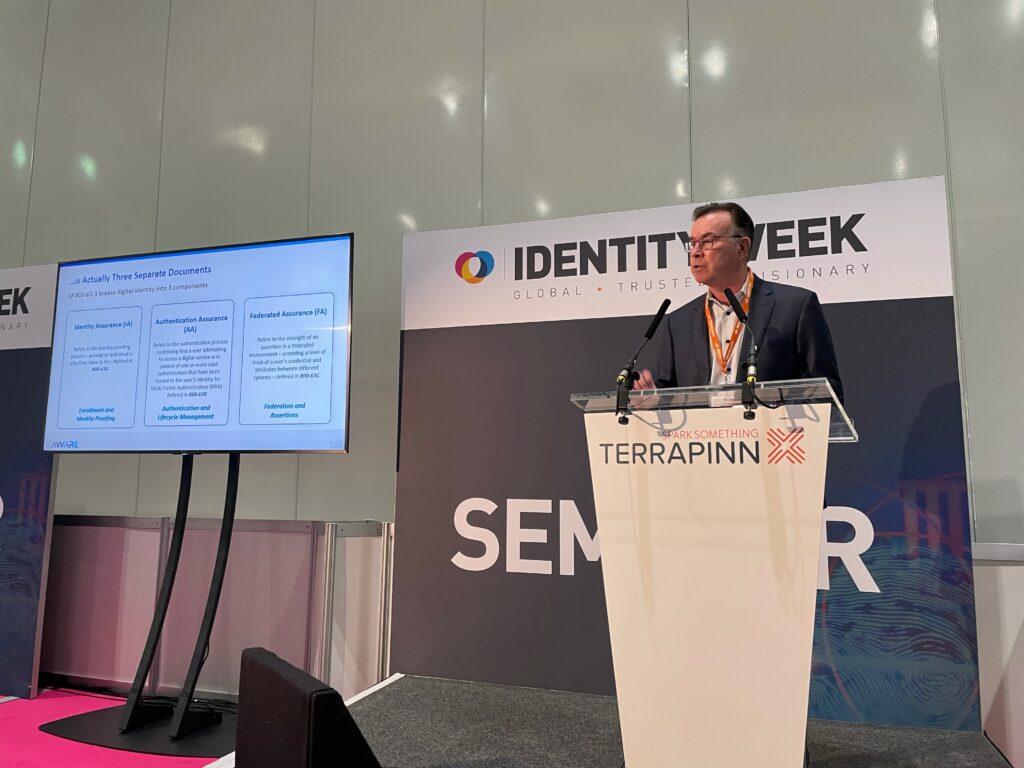 New proposed guidelines from the U.S. National Institute of Standards and Technology (NIST) were promoted to an international audience in London by Aware CCO Rob Mungovan.

He described it as a government’s attempt to define the concepts of digital identity, best practices and suggestion of mandatory requirements at the federal level. The capacity for incorporating biometrics at the higher levels could make digital identity more convenient with support for passwordless authentication and remote identity proofing.

NIST Special Publication 800-63-3, a series of standards for enrolment and identity proofing – proving an individual is who they claim to be, authentication – checking a user attempting digital access is in control of one or more authenticating factors in a Multi-Factor Authentication situation, and federation assertion – providing a level of trust of a user’s credential between different systems (federated environments).

Mungovan broke down the requirements for the various standards, pointing out how biometrics are only mandatory for the strictest standard, level three.

Mungovan pointed out that NASA recently introduced remote identity proofing in line with the guidelines, in partnership with Idemia. The space agency’s move came as something of a surprise, but the release of NIST standards “feels different.” He believes much large government departments will follow soon and other countries have expressed interest in adopting the guidelines. The Department of Veterans Affairs adopted remote identity proofing from ID.me in line with the guidelines in February, 2019.

Aware’s Knomi platform has been developed to allow government agencies to provide remote onboarding, up to level 2 of the standards. The company is seeing strong adoption in Latin America and Turkey.