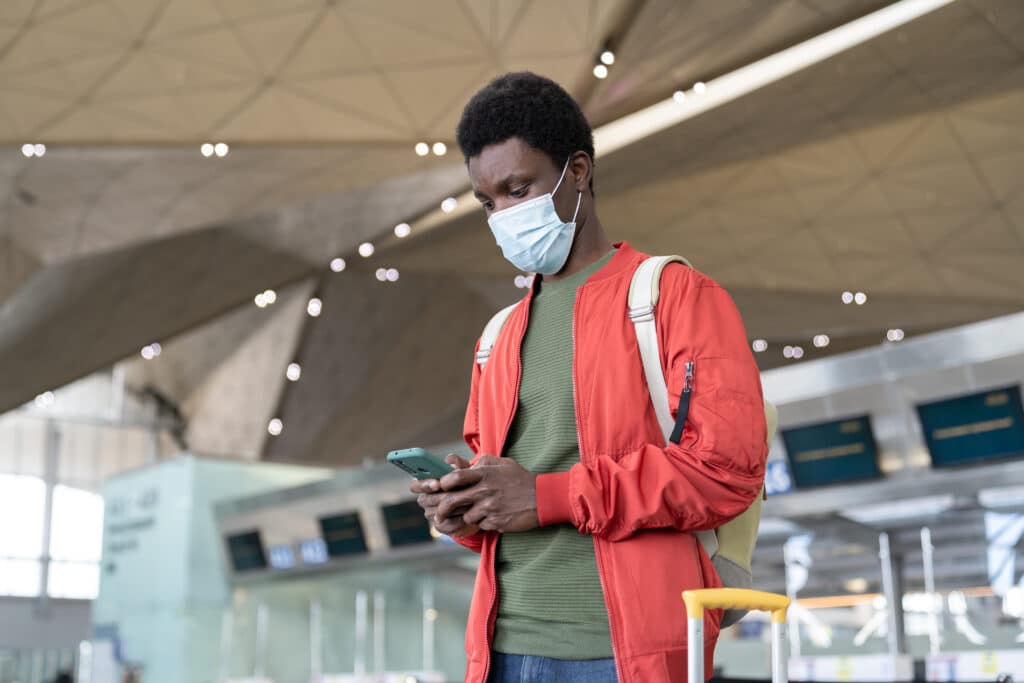 The aviation sector took a significant hit throughout the COVID-19 pandemic. As it struggles to recover, different elements are looking to digital identity and biometric technologies to claim greater market share and improve passenger experiences. The aviation sector could create its own digital identity trust framework. Meanwhile, Dallas Love Field deploys two robots to use AI behavior monitoring to shout at its passengers.

Better ways to identify and authenticate passengers – i.e. customers – and other partners such as travel agents could allow airlines to tackle fraud and use their position to improve passenger experience and sell more goods and services, according to an article by IATA.

Digital identity could significantly upgrade the way airlines operate with a truly global approach rather than patchwork of systems:

“When a travel agency uses a GDS, it logs in using a seven-digit, human-readable code. The closed environment means it is the GDS that authenticates the identity of an airline’s business partner. Despite existing safeguards around authenticating travel sellers and credit cards, it is estimated that fraudulent transactions cost the industry $1 billion per year.”

The IATA article states that in the new system, the GDS does not have to be the centralized gatekeeper. This means authenticating all the parties in a transaction is more complex, but also gives airlines an opportunity. It could give them greater control over their offer when it can authenticate the identity of a travel agency rather than the GDS.

The whole system could be transformed via existing open standards for decentralized digital identity for entities.

“Adapting the existing EDIFACT system to a world in which the offer is controlled by the airline would require the partner (an agency or aggregator, for example) to have a login for each airline with which it does business. The idea, therefore, is for each agency to establish a single unique digital identity that can be used with every airline.”

Every entity in the ticketing chain would need a unique identifier. Yet a standardized authentication approach would replace the proprietary systems used by each GDS while still being of value to all partners, according to IATA, which could become a trusted organization issuing accreditation for a new trust framework.

It would make the whole system more efficient and tackle fraud and, according to IATA, is almost in reach. A proof of concept handled by New Zealand digital identity firm MATTR is just a few months away.

Low-cost airline AirAsia is hoping to continue its pandemic endeavor into new areas such as ride hailing and meal delivery via its “Super App” with a new five-year partnership with Google Cloud, reports Bloomberg.

The app covers travel bookings, loyalty program as well as a host of additional services such as e-wallets and chatbots in across Southeast Asia. The company hopes for AirAsia Super App to grow organically and become profitable in 2023.

The AirAsia Super App includes biometrics for user identification such as the Faces app for facial recognition scanners for passengers.

UK tech promotion agency TechUK held a panel on digital identity in the travel and tourism sector where speakers described biometric and SSI approaches to improving passenger and customer experiences. The UK has created an even more troubling travel landscape with Brexit as the EU brings in its biometric Entry/Exit System this year.

Bud said that large amounts of data will need to be collected prior to travel to avoid bottlenecks. Face capture needs to shift to mobile devices used by passengers at home. Data and biometrics could be stored as a digital travel credential for the journey, on a device or in the cloud.

Eighty-six percent of SmartCheck users were likely or very likely to use it in future.

Bangalore International Airport Ltd, operator of Kempegowda International Airport in the Indian city of Bengaluru, is collaborating with AWS (Amazon Web Service) to establish the Amazon company’s first Joint Innovation Center outside China and also the first dedicated to the aviation industry.

It is expected to have an emphasis on digital innovation when it opens later in 2022. Improvements to passenger journey as well as within the community where the airport is located should be achieved via AI, robotics, blockchain and AR/VR.

When the new US$2.8 billion Terminal C opens at Orlando International, passengers will undergo automated screening via facial recognition at the 15 gates, reports Click Orlando.

Twelve million passenger per year are expected and four more gates will be added.

With the use of AI, the machines will monitor behavior, be instructed to recognize certain clothing, use license plate recognition to spot vehicles of concern and can issue audio warnings or call airport security or police.