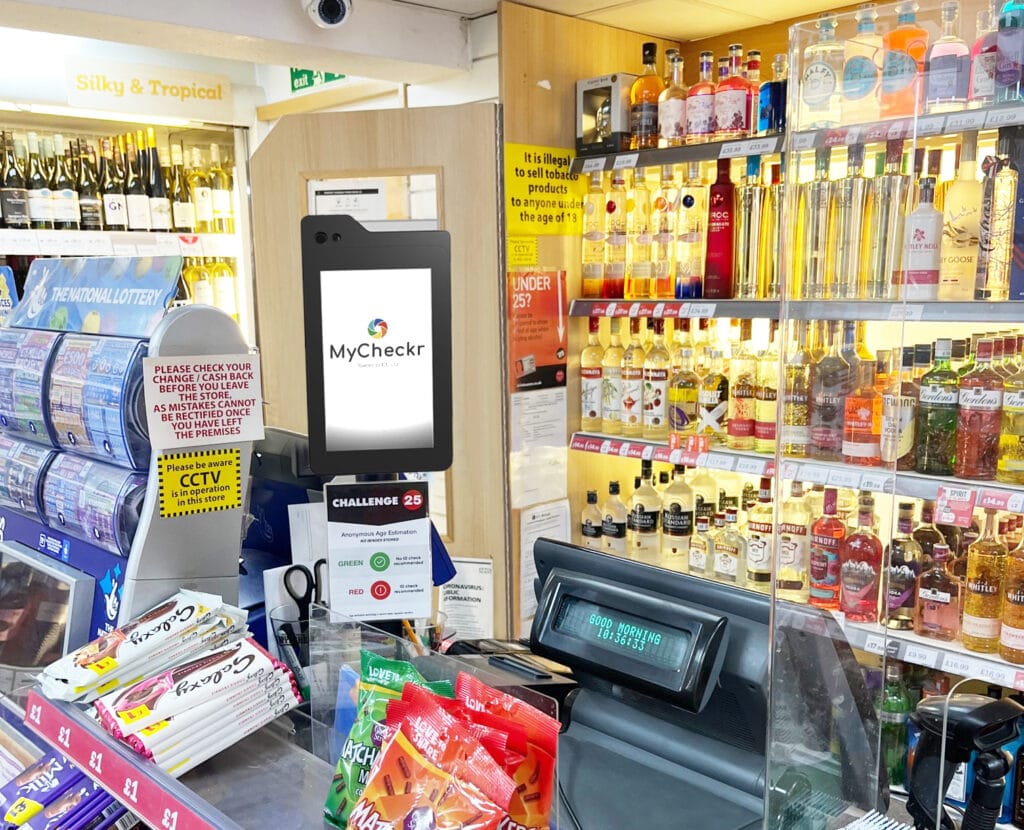 A simple addition of biometrics-based automation to age checks when purchasing age restricted goods could reduce violent incidents, along with helping to ensure compliance and other benefits.

Requests for identification to purchase age-restricted goods is one of the leading causes of violent attacks on retail staff, according to an Association of Convenience Stores (ACS) report. Only shoplifting accusations more frequently spark assaults.

Age estimation is a natural process for people, performed on a more-or-less regular basis for a variety of reasons, but usually based on the facial appearance of the person who’s age we are trying to guess. Computer vision can perform this same process, but without all of the same limitations.

“There are plenty of stories out there backing up that we are pretty good at estimating the age of people close to our own age, but when you look at somebody younger than you, it’s a lot more difficult,” Innovative Technology Limited (ITL) Product Manager Andrew O’Brien explained to Biometric Update in an interview. “That’s why doctors and police tend to look younger as we get older. Also, people get fatigued, people feel pressure both of which can influence decision making.”

For convenience stores and other retailers to benefit from face-based age estimation utilizing artificial intelligence, the market as a whole and in particular suppliers of such technology need to ensure that any barriers to implementation are overcome.

Concerns around data privacy, regulatory compliance, user experience and practical results must all be addressed to advance adoption.

ITL’s approach to building solutions, through both in-house technology development and product design, has enabled it to adapt its solution to fit this specific market circumstance.

The use of facial data to estimate age is very accurate but prompts legitimate concerns about privacy and data security. The high level of accuracy attributed to their age estimation technology has been independently certified by the Age Check Certification Scheme (ACCS), with the full results publicly available in their white paper.

“We have shown world-leading accuracy in age estimation,” he says. “And this is due to the fact that we train our own algorithms, we’ve got our own data, we’ve got complete control over making sure that the images that we pass to train the algorithm are of the highest quality.”

The system developed by ITL activates at about 6 feet away, and does not collect any personally identifiable information. It detects and analyzes the user’s face and generates an estimate without storing an image or template. O’Brien refers to this ephemeral processing as “completely anonymous.”

“Once it becomes active, it displays a live view, so the customer knows there’s something happening,” O’Brien explains. “It takes less than a second to do the reading, and on the screen that’s facing the customer, it’s either pass, ‘no ID check required,’ or, ‘ID check recommended.’  In addition, a green or red result screen ensure the process is clear and understandable. This is very visible to the customers.”

As the market matures, customers can look for certifications to back up the claims of vendors, O’Brien points out. ITL has independent UK GDPR certification from the Age Check Certification Scheme (ACCS) proving its data privacy protection – the first age estimation provider in the world to achieve this stamp of approval.

ITL has gained expertise in system design through extensive experience, according to O’Brien, with numerous solutions used in the retail, vending and gaming industries.

Even for the still-new application of age estimation, ITL is among businesses that have been included in UK government trials.

Initial feedback from those trials has been highly positive, according to O’Brien.

Workflow optimization and solution customization is also important. There is reluctance in the market to go full self-service age verification, because of concern about spoofs and false positives, O’Brien says: “You see this across all new technology.”

That is why ITL’s MyCheckr solution is designed to prompt age checks, rather than perform the verification itself.

“The machine isn’t doing all the decision-making,” says O’Brien. “So a lot of concerns that people may have regarding spoofing and false positives, how you deal with data et cetera, get minimized. We’re still allowing the human to be the final decision-maker. We’re just giving them better information to work with.”

Removing the responsibility for the decision to check a customer’s age from staff prompted by an automated system could help reduce the blame they receive. This can make a difficult task less stressful, even when violence is not involved.

“This will help defuse possible flashpoints from just the till operator asking for ID,” O’Brien assesses.

The future of age checks

With the government committed to strengthening age protections and the possibility of reduced in-store violence, the adoption of the assisted workflow could be quite rapid.  In the longer run, the application is expected to evolve.

“I’ve no doubt within the next year or two years we’ll see a lot more of this technology both as a tool to aid in decision making but also in self-service check-outs,” O’Brien predicts.

ITL’s devices are being trialed for age estimation now, ahead of general availability.