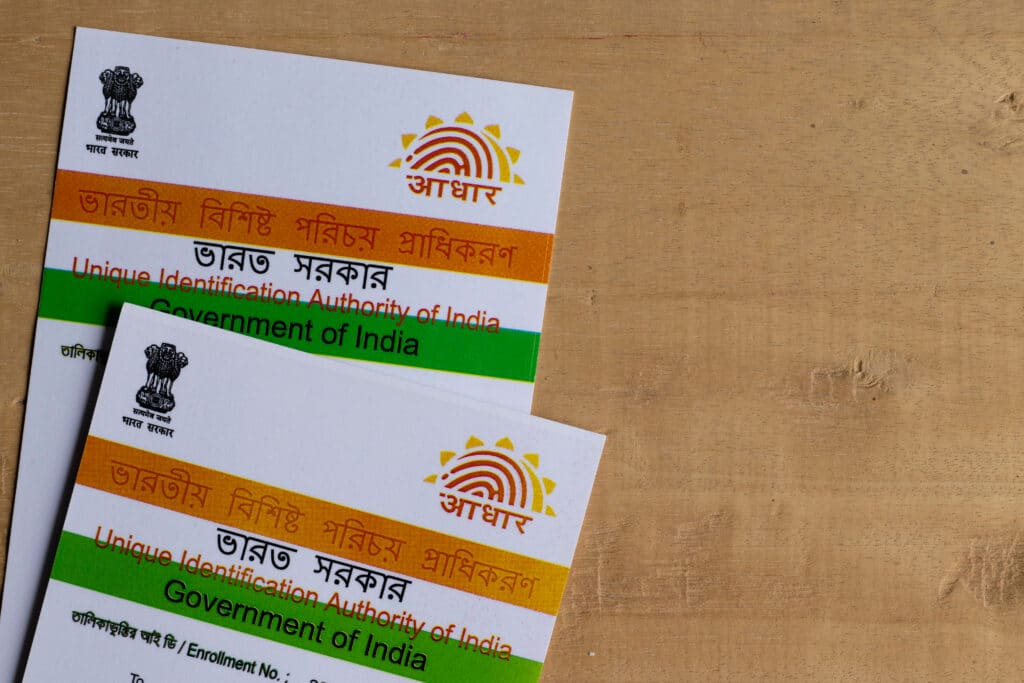 A campaign to encourage all voters in India to link their voter ID to their Aadhaar accounts, aimed at aiding deduplication, begins with confusing messaging around how voluntary it is. An opposition politician is taking a case to the Delhi High Court to challenge the Election Law Amendment Act that allowed the linking of electoral roll data and the national digital ID.

The Election Laws (Amendment) Bill was passed in December 2021. It allows the linking of Aadhaar and Voter ID, reports ANI. On 1 August 2022, the law came into effect and the Electoral Commission began a campaign promoting the link using the new Form 6B. The form is “for collecting Aadhaar number of existing electors to authenticate the entries in the electoral rolls and thus make it absolutely error-free,” according to a statement from the office of the Chief Electoral Officer (CEO), Delhi, reports The Economic Times. The exercise will run until 1 April 2023.

The link is intended to be benefit the electoral roll’s integrity by identifying voters and authenticating their entries.

As with so many Aadhaar-related developments, impact depends on implementation. Delhi’s Chief Electoral Officer, Ranbir Singh, called upon “all citizens of Delhi to link their Aadhaar number with their voter ID card,” on the day of the launch, reports The Economic Times.

He also encouraged politicians of all parties to disseminate information about the link and said that special camps will be set up to help voters link their Aadhaar. Singh is aiming for 100 percent linkage. Form 6B is also available online and via apps with OTP via Aadhaar-linked mobile numbers, while electoral registration officers will go door-to-door with physical forms.

The Chief Electoral Officer for Assam, Nitin Khade, has been much more upfront about the voluntary nature of the link, reports The Times of India. Assam is also lagging behind other states in terms of Aadhaar issuance.

Khade acknowledged that the overall aim of the exercise – to deduplicate registers so that a voter is listed in just one constituency – has had issues. His statement also included the fact that if a person does not have Aadhaar, there are 11 other documents that can be submitted, such as bank passbooks and passports.

Randeep Singh Surjewala, a member of parliament and general secretary for the Indian National Congress, an opposition party, has been notified by the Supreme Court that he can proceed to the Delhi Court with his plea to challenge the Election Law Amendment Act, reports ANI.

Surjewala’s Public Interest Litigation (PIL) plea states that the linkage of Aadhaar and Voter ID is “irrational” because the law that has just come into effect is trying to link two entirely different types of documents: the Aadhaar card is a proof of residency while the Voter ID is proof of citizenship.