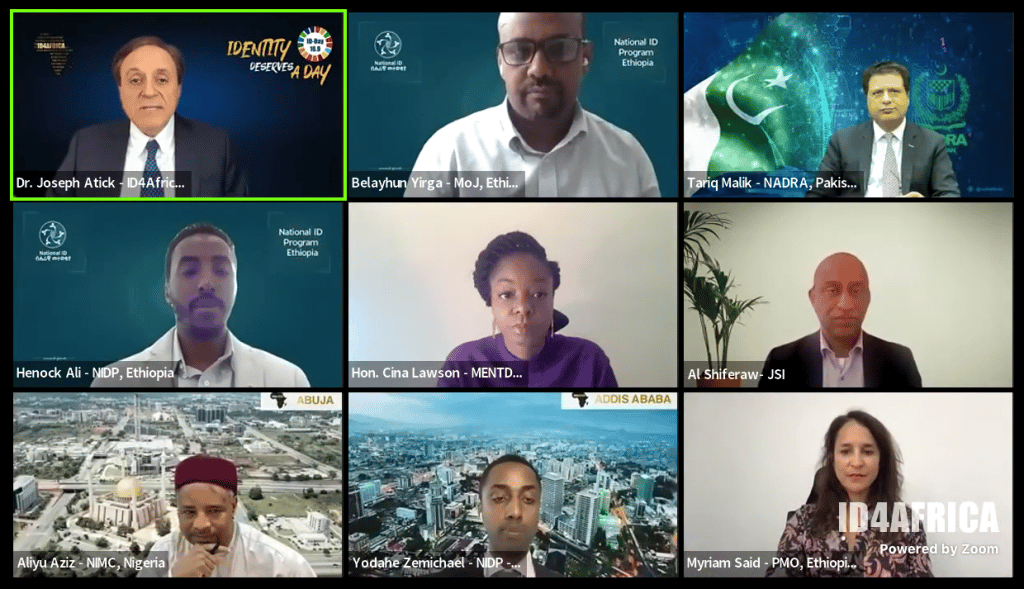 Positive results for ID Day 2022 and the role of biometric, digital ID in the digital transformation of Togo were two of the topics in the first episode of the fifth season of livecasts from ID4Africa. There was also an update on the livecasts themselves: they have been viewed in 148 countries around the world.

While there has been a “dramatic increase” in the number, size and quality of commemorations for ID Day 2022 (or International Identity Day), according to Dr. Joseph Atick, executive chair of the ID4Africa movement, progress towards the overall aim of the United Nations for legal identity for all, may be facing greater challenges than previously understood.

The overall aim is to use the day to promote identity issues while campaigning for recognition from the UN for the day.

Thirty-two countries “officially commemorated” ID Day, according to Atick, during Livecast 34 (available on YouTube). These included India, Pakistan and countries in the west of Latin America as well as 25 countries in Africa. Add in private sector and other events, said Atick, and their estimate of countries marking the occasion in some form climbs past 100.

Activities “engaged mass media on a scale we’ve never seen before,” noted Atick, with the aim of raising awareness among the public and elected officials. An impressive archive of activities and media clippings is being built each year on the ID Day website.

“I want to emphasize ID Day is not about promoting ID systems,” said Atick, “it is about promoting individual rights through three identity-related outcomes: inclusion, empowerment and protection.

“This message was loud and clear in the commemorations and was explained in the guide we issued a month prior to ID Day.”

Officials at Uganda’s NIRA (National Identification and Registration Authority) spoke on the ID16.9 Podcast episode International ID Day – Who’s It For? where they explained how they had executed a successful day of activities with ID4Africa support, setting up a campaign to enroll 17 million unregistered citizens.

The coalition of partners that support ID Day has grown 45 percent to 163 organizations since ID Day 2021, according to Atick. However, he had a warning about the UN’s Sustainable Development Goals (SDGs) such as SDG 16.9 on a legal identity for all by 2030.

“What was heard in the corridors of the UN General Assembly last week raises significant concerns about the world’s ability to meaningfully meet the SDG targets. The negative impact of Covid on the SDG progress is deeper than was initially thought so the world needs you more than ever.”

Cina Lawson, Minister of Digital Economy and Digital Transformation (MENTN) of Togo, laid out her country’s plans to foster growth and social inclusion via a series of measures and projects for digital transformation. Infrastructure, unique identity, service digitization and a fresh approach to valuing data are all part of the program. As are ambition and imagination.

“As a government, as a state, you cannot say that you’re serving your citizens if you are not able to identify them, and to identify them in a way which is unique. And biometric ID will give us this.”

Togo’s rapid response to the COVID-19 pandemic with NOVISSI, a platform that uses mobile money mechanisms for remote cash transfers put the West African nation in the digital spotlight, helping 600,000 residents whose incomes were directly impacted by lockdown measures.

The platform worked with voter ID being used for identity verification for cash collection. As the biometric voter ID card is free and as the pandemic took hold just a month after a presidential election, 93 percent of the adult population – 3.6 million people – had a voter ID card. However, as only adults can vote, only adults have the card.

The national digital ID card costs around US$10 and only 1.2 million people have it. Half the population of around eight million is under the age of 18, notes Lawson. “It’s never about the technology – it’s about the methodology,” says Lawson, explaining how even with the emergency cash transfers citizens were told how much had been spent.

Togo is currently tendering for a private company to undertake mass enrollment for its biometric ID project and is working with MOSIP to provide the platform for its ID system. It received $72 million from the World Bank via its ID4D department’s WURI scheme for digital ID projects in six West African nations. The funding is also intended to build a full “social registry” of the population.

“We’re going to be very demanding towards this company,” says Lawson of the private firm contracted. The digital ID platform is expected to be deployed in early 2023 and is hoped to be able to interconnect with other countries on the continent.

Lawson see unique identification as a pillar of how the country will achieve economic development through digital transformation. In October 2020 the government devised the Togo Digital 2025 Plan, made up of 42 projects and reforms to be achieved by 2025 (or 2030 at the latest) for the country to be on track for development.

Alongside unique digital identification for all, is improved infrastructure. When Lawson started as a minister in 2010, Togo had less than five percent internet penetration. By 2021 that had passed 75 percent.

“We need more than mobile connectivity, we need fiber optic networks,” says Lawson, who wants the whole country to have access to high-speed internet. Her government is expecting to have to subsidize internet infrastructure to achieve its aims within its desired timescale.

Lawson is promoting new models to push the internet connectivity needed to realize an ID-backed digital transformation. In the 1990s and early 2000s, governments began leaving telecommunication infrastructure to the private sector, but this is no longer acceptable. The private sector may achieve full, high-speed coverage in time, but that could be more like twenty years when three would be the aim.

Government could put up half the cost and rather than seeking financial returns, it would require social returns in the form of infrastructure and being able to control price. Lawson says the government is working on a model which installs fiber optics along power line infrastructure.

“We don’t have enough imagination today to see what Africa could become if the majority of households were connected to fiber at $5 per month, say. It would transform the continent forever. It would be the basis that we need to really be fully developed on our own terms.”

“Covid has in some ways helped us with digital transformation,” says Lawson, adding how it helped with devising priorities for what to tackle next. The pandemic led to “digitization through necessity” meaning early digitization of the Ministry of Health for Covid testing and vaccinations.

Lawson hopes for local firm involvement in the upcoming projects in part to ensure sovereignty and data privacy. Universities will also work on skills training.

The aim is to develop digital ecosystems in which the government is involved, and adopt a new approach to data collection.

“Togo is one of the first countries in Africa to have taken legislation on data privacy. But when we talk about valuing date, it’s not just data privacy or cyber security,” says Lawson, “it’s also to understand that we need to change how we do data and our mindsets.

“Up until very recently, states viewed data as something they collect for their own sake. In this new economy, data should be collected and be shared with various stakeholders and it has implications on how you collect data if your end goal is to share them with the private sector, with civil society, with other parts of the public sector and the general public.”