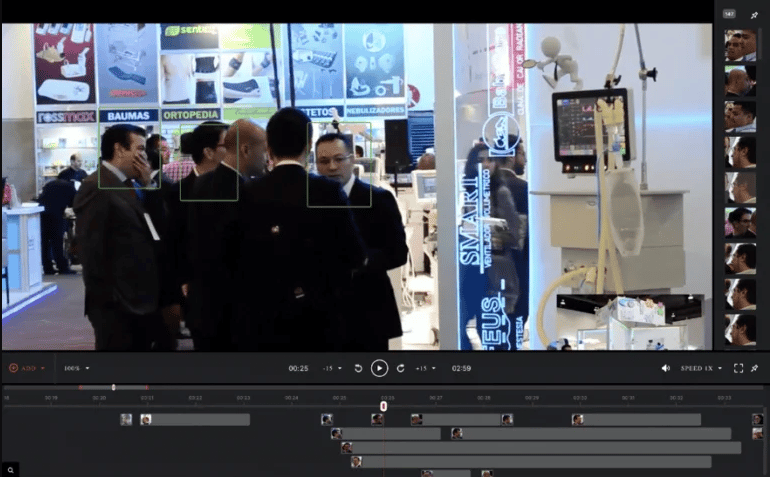 Multimodal biometrics solutions developer Innovatrics has announced that the video processing capabilities of its facial recognition tool for video surveillance have been upgraded, making it possible to access its face-in-video identification system through the Automated Biometric Identification System web application.

The move follows an upgrade of its SmartFace platform earlier this year, and is meant to accelerate video analysis processes to help in probes to match a person, or persons, of interest in video recordings.

With the new system, police and other law enforcement officers do not require any manual efforts when analyzing biometric data from footage to identity crime suspects, the company says, meaning the officers can save significant amounts of time carrying out investigations.

Innovatrics explains that faces can be automatically detected and identified with other data, such as age and gender estimates, after an investigator submits all necessary footage of a particular case.

As soon as the face being looked for is identified by the system, the officer is directed to the video footage of the person in question which shows every action of the individual in the video, making it easier to further determine what happened in the given video.

The new system, according to Innovatrics, also allows law enforcement officers to conduct investigations quickly using the videos collected. This can be done by streamlining the videos according to the time they were recorded, the camera used as well as other desired settings. The Rapid Video Processing feature also searches videos faster than real-time.

Innovatrics notes that the system can also detect the identity of a sought-after person from just analyzing a partial image of them recorded in a video.

Meanwhile, the upgraded SmartFace facial recognition solution has an offline video investigation capability. The offline function is provided by the SmartFace Embedded solution that was part of the platform’s update referred to above. The feature can be used to quickly alert security officers during security incidents like when a child is declared missing in a public space such as a mall. The early alert enables the officers to help identify and reunite the child with their parents, says the company.

Apart from the speed with which video footages can be processed, videos from other security incidents can be uploaded to the platform by security officers, allowing them to include descriptions to configure face searches. SmartFace also makes face matching easier, and with as many relevant search results as possible, according to the announcement.

Innovatrics also increased the accessibility of its ABIS earlier this year with the launch of an Android app, and added iris biometrics.