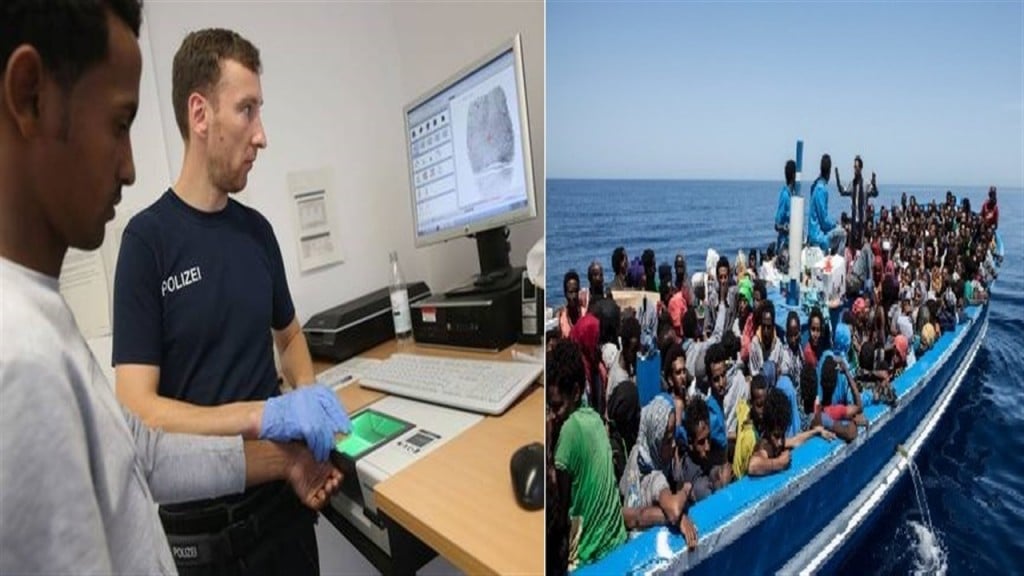 European Union ministers today approved plans to relocate 120,000 migrants, with Hungary and the Czech Republic voting against the proposal. Under the plan, migrants entering Italy, Greece and Hungary will be moved to other countries, including Germany, which expects to receive 800,000 applications for asylum this year.

Migrants are defined as people on the move who have yet to complete the legal process of claiming asylum. This group includes people fleeing war-torn countries such as Syria, who are likely to be granted refugee status, as well as people who are seeking better lives and jobs, who governments are likely to rule are economic migrants.

An estimated nine million Syrians have fled their homes since the outbreak of civil war in 2011. The majority have taken refuge in neighbouring countries or within Syria itself. According to the United Nations High Commissioner for Refugees (UNHCR), 6.5 million are internally displaced within Syria, while over three million have fled to Syria’s immediate neighbors: Turkey, Lebanon, Jordan and Iraq.

UNHCR notes that nearly 150,000 Syrians have declared asylum in the EU, while member states have pledged to resettle a further 33,000 Syrians. The vast majority of these resettlement spots have been pledged by Germany, the most prosperous European country. Consequently, many of the migrants entering Europe have been attempting to make their way there.

Until the approval of this plan, the EU previously did not co-ordinate a response to the crisis, so many countries on the transit route for migrants have not been hospitable. Hungary, Slovenia and Austria have all become a migrant “hotspot” because the countries are part of the Schengen passport-free zone. These countries serve as gateways for migrants bound of Germany, and in some cases, those bound for Sweden and the United Kingdom.

The route through Central Europe, especially through Greece and Balkans became very popular over the past three years because Libya and the sea passage to Italy proved extremely risky. Some 2,500 refugees and migrants are estimated to have died or gone missing this year while attempting the sea crossing to Europe, says the UNHCR.

The UNHCR, as a result, has launched a campaign to obtain greater resources to deal with the crisis and to put pressure on the European Union to act together in response to the growing emergency and “demonstrate responsibility and solidarity”. Public pressure to resolve the migrant also picked up with the worldwide media publication of a drowned migrant child.

The number of refugees and migrants crossing the Mediterranean to reach Europe has surpassed 300,000 this year. The large majority of people undertaking these arduous and dangerous journeys are refugees fleeing from Syria, Libya, Iraq and Afghanistan. Sixty million people around the world have been displaced due to conflict, according to UNHCR. This is resulting in an acute influx of refugees. However, conservative politicians throughout Europe and the West are beginning to react to the potential threat posed by mass migration. While German authorities do not believe terrorists have infiltrated the incoming stream of refugees from Syria and other war-torn nations, politicians in the United States, such as Rep. John Katko (R-NY), recently noted in public statements that there is a high risk that terrorists could enter Europe during the current crisis.

He noted that European Union citizens are not screened against terror watch lists at airports and that European member states do not have material support legislation that allows for the prosecution of persons who travel abroad to assist terrorists in Iraq and Syria. Further, he notes that an information sharing problem exists in Europe, as illustrated by the recent European train terror incident, where the terrorist involved was known to one, but not all, European intelligence agencies. As a consequence, the freshman congressman has labeled Europe a “jihadi superhighway” in the wake of the migrant crisis.

Some countries have responded to the perceived terror threat by using biometrics. As BiometricUpdate.com previously reported last month, the UK’s Home Office has pledged to enforce mandatory fingerprinting of migrants.