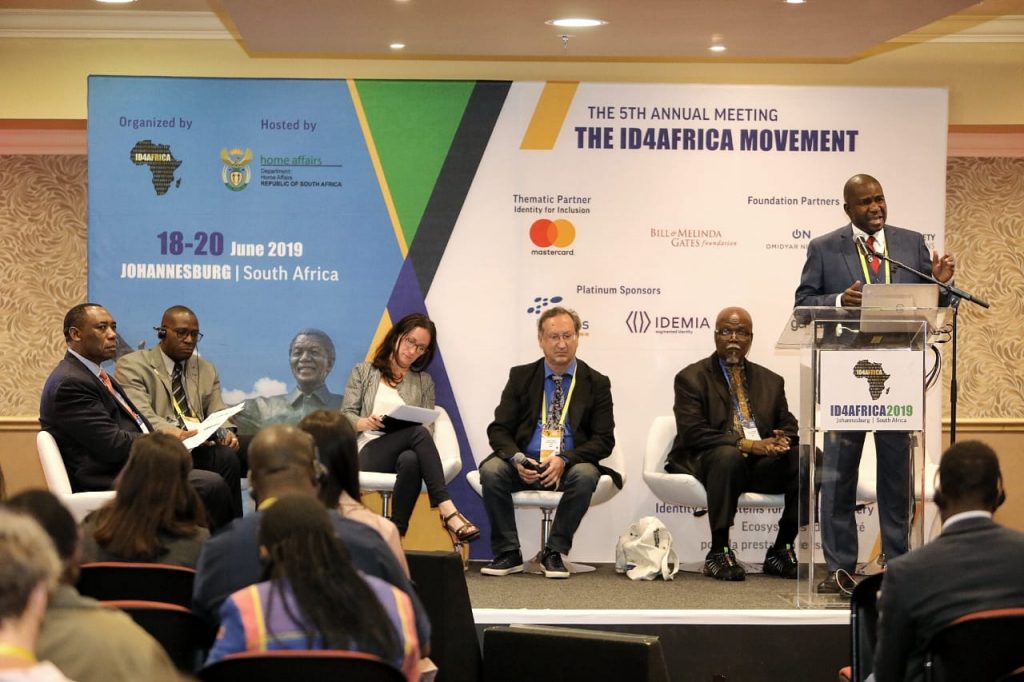 The digital ID market in Africa is maturing rapidly. One of the most frequently occurring themes from the conference was that technology is no longer an issue for Africa – it’s political will and gaining the trust of citizens that count. ID systems are now sufficiently established across the continent that vendor lock-in is one of the biggest complaints. The event has increasingly global importance, and as delegates head home from Johannesburg, we look back over ID4Africa 2019 and ahead to Marrakesh for 2020.

The scope of the conference has increased each year since the first event in 2015. This year there was a clear step up in the importance given to inter-governmental discussion and observations from international agencies (including two more UN agencies). Industry speakers were discussing the themes, ethics and common goals alongside government representatives, rather than announcing their own latest developments.

From the outset, African nations showcased their successes as the panels and debates generally urged delegates and governments to head towards consensus on a broad range of issues and standards. Speakers and panelists tackled some of the areas of confusion in the sector, heading towards consensus on issues such as legal vs digital identity, foundational vs functional ID and civil registers vs electoral rolls. Perhaps clearest of all was a strong shared sense of ‘Africa first’ that Africa can make its own decisions and that it need not follow the rest of the world.

A record number of country representatives or ‘ambassadors’ attended and formalized as the ID4Africa Identity Council (IID), voting in a president and vice president. In other diplomatic news at the event, the U.S. President’s Doing Business in Africa Council appointed Credence ID CEO Bruce Hanson, in recognition of the importance of the ID sector in Africa in ushering in trade in other U.S. sectors.

While the concept of country ambassadors is well established at the event, the next group forming and formalizing into an industry body are the continent’s data protection agencies (DPAs). After a first ever roundtable behind closed doors, a dedicated panel garnered a highly participative debate as audience members sought advice on setting up their own agencies. Data protection became increasingly the hot topic throughout the event, with multiple sessions discussing the challenges and best practices from Ivory Coast to Mauritius.

There were also plenty of biometric technology announcements we’ve come to expect, notably in software. SIA made its OSIA open standards solution generally available to all, pitting itself against MOSIP, the free, open-source solution for implementing an ID system. Plenty of debate ensued. HID Global also took the opportunity to share its evaluations of the African identity sector with Biometric Update.

Suprema launched its BioMini Slim 3 to meet growing demand for ultra-portable fingerprint readers to attach to mobile devices. Integrated Biometrics added to its range of low-power fingerprint scanners with the launch of its Danno device, while Laxton launched ChameleonD a fully integrated, multi-modal biometric capture kit and latest in its Chameleon range. Plus the latest line-up from Aratek and Tascent.

The ways the industry is being disrupted, particularly on the solutions and software side, was discussed at length as currently fringe technologies such as blockchain evolve and become compatible with other applications. Mobility and end-user agency over data are areas to watch.

In response to a call last year by ID4Africa chairman Joseph Atick to pursue the field of infant biometrics – a vital technology to reduce rights abuses and trafficking – an entire panel was formed this year by experts which proved to be perhaps the most polemic session.

Things to expect in Morocco June 2 – 4, 2020 include further progress in the forming and formalizing of pan-African bodies covering the sector, privacy, trust frameworks and greater input from the ICT sector, telcos and civil society.