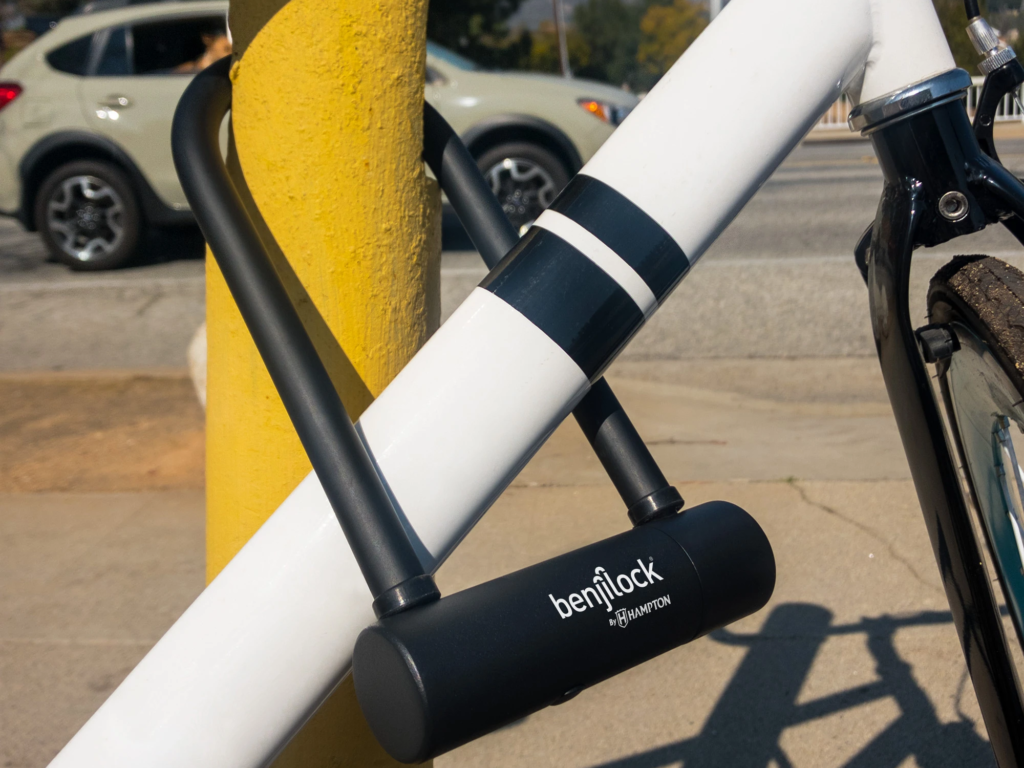 The company began by announcing the release of its BenjiLock Fingerprint Bike Lock, a solution designed to allow bicycle owners with a secure lock that is unlocked via pre-registered fingerprint biometrics.

The new lock can store up to ten fingerprints, and can also be opened with a traditional key if needed.

The BenjiLock Fingerprint Bike Lock is IP65-rated and features a pick-and drill-resistant cylinder as well as a bolt cutter-resistant, covered hardened steel shackle for maximum security.

The device, which is available in an 8-inch shackle version, is powered by rechargeable lithium batteries via USB and can provide an estimated six months’ use on a single charge.

Continuing its week of announcements, and building up on last year’s technologies, Hampton released a further addition to its BenjiLock padlock line at CES 2021.

The Fingerprint Door Lock integrates BenjiLock’s secure deadbolt design with a biometric, fingerprint scanning sensor and is powered by a set of four 4 AA batteries.

The lock is available in Tuscan Bronze and satin nickel finishes and can be opened via the metal key, padlock, or fingerprint sensor, without the need for Wi-Fi or Bluetooth connectivity.

It can store ten fingerprints and 25 user codes and can be set up autonomously without the need for additional apps or software.

Also released at CES 2021 is Hampton’s Fingerprint Sport Lock, a further addition to the BenjiLock family.

The lock was designed with a smaller casing than full-sized BenjiLocks, to be utilized with gym or school lockers.

Just like most products in the BenjiLock lineup, the Fingerprint Sport Lock can store up to ten fingerprints and is powered by rechargeable lithium batteries promising six months of use on a single charge.

The device comes in a number of different matte colors including bright white, red, and black, and is already available on the Hampton Products’ website.