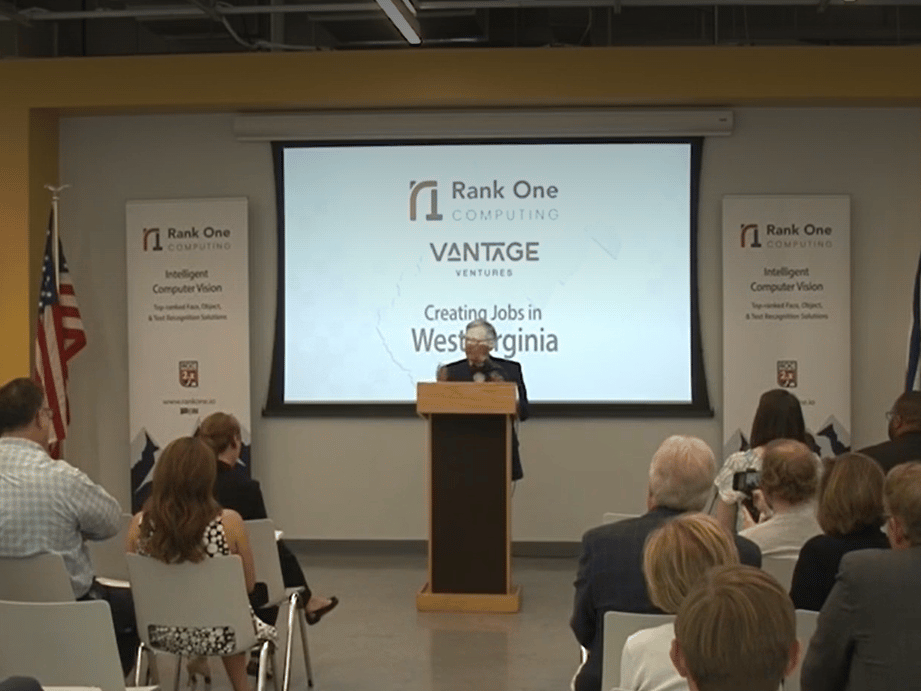 Rank One Computing has opened an office in the Vantage Ventures accelerator offices at West Virginia University, with the intention to locate ten staff there this year to tackle the federal market for facial recognition.

“As a West Virginia native, it’s been a lifelong goal of mine to grow a vibrant technology sector in the state,” Swann said in a Vantage Ventures blog post.

“My long-time friends at Vantage Ventures share that goal which made for an easy decision to open our newest office with them in Morgantown. We’re thrilled to be part of West Virginia’s transformation into a tech start-up state.”

Swann explains that Rank One has been considering opening an East Coast office. He says he was attracted to Morgantown’s proximity to potential federal government customers in Washington, DC, and the talent that can be recruited in the area.

Vantage was created in early 2019 to explore the potential for WVU’s newly renamed John Chambers School of Business and Economics and to accelerate West Virginia tech startups.

WVU President Gordon Gee told WV News, that the school is “celebrating an opportunity for all of us to learn from you, to grow with you, to have what you can teach us, and we can take it to our 1.8 million West Virginians.”

According to Gee, university officials will now look at their work in promoting startups and bringing in businesses as part of a demonstration project or laboratory with Rank One.

“Increasing our state’s activity in cybersecurity has been a goal of ours since day one at Vantage,” Biller said.

Rank One announced major gains in biometric accuracy earlier this year, based on NIST FRVT results.