How do biometric cards work? 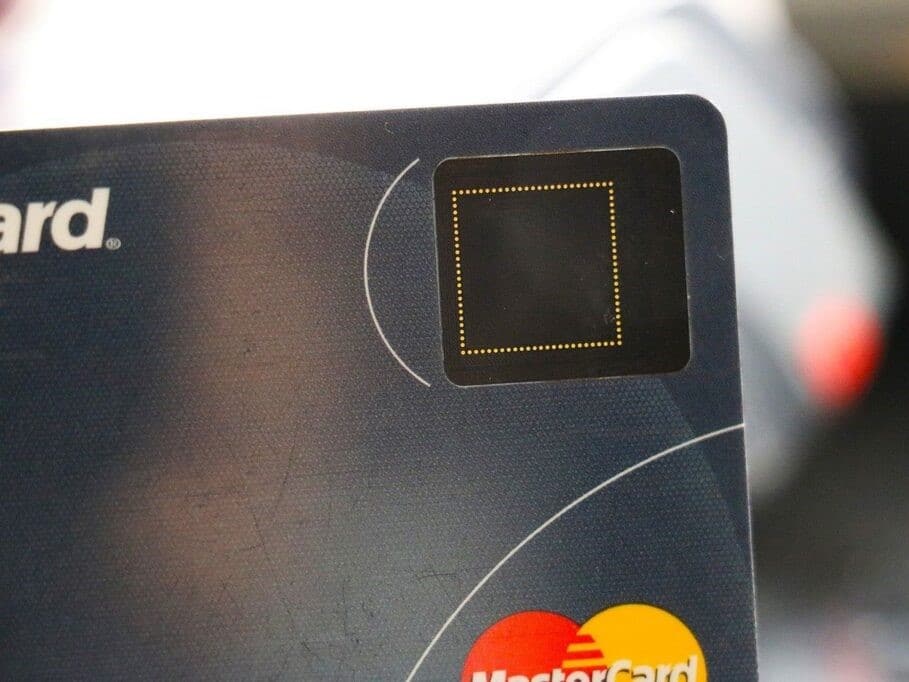 Biometric smart cards with embedded fingerprint sensors for use in payments or access control applications have been developed and released around the world in a series of pilots and commercial launches.

These fingerprint-enabled cards vary somewhat in the technologies they use, but most are designed to function very similarly to existing contactless credit and debit cards, and enterprise access control credentials.

There are some biometric cards that include a battery, but most harvest current from the electro-magnetic field produced by the terminal that reads them.

The components are typically combined in an inlay which connects them, and is built into the card itself.

Before the card-holder can use their biometric card, their fingerprint must be enrolled to the secure element.

To do so, the card must be activated with a power source, usually a terminal in a bank branch or office, or a home-enrollment sleeve (basically a piece of paper with a small battery inside). Once the card is activated, the user presses their finger on the sensor, similarly to how they would enroll their fingerprint on a smartphone.

Home enrollment is often preferable, as it is more convenient for consumers and eliminates the need to staff the process. This introduces the risks of card interception or user uncertainty about how to complete the process, however.