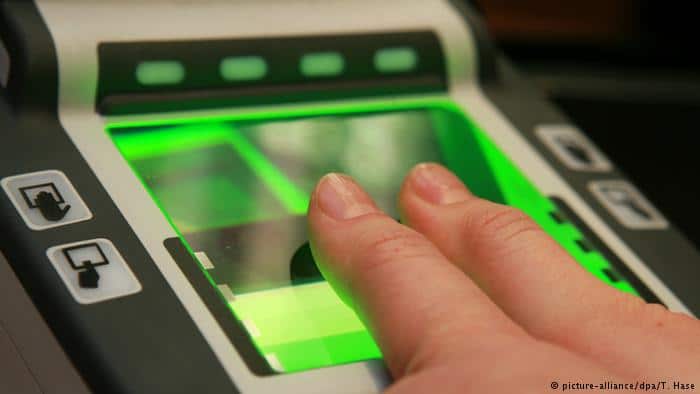 Biometrics are increasingly playing “a critical tool for verifying travelers really are who they say they are,” said State Department Coordinator for Counterterrorism, Ambassador Nathan Sales at the recent International Conference on Mobilizing Law Enforcement Efforts to Defeat ISIS, sponsored by the US Department of State, INTERPOL and the International Institute for Justice and the Rule of Law in Malta.

“Biometrics are a critical tool for verifying that travelers really are who they say they are,” Sales told the numerous US law enforcement officials and their counterparts from nearly 90 countries and organizations, warning, “Terrorists try to mask their true identities in a number of ways — aliases, fake passports, and so on.

Sales pointed out, “That’s why the United States collects biometrics from visitors to this country. We take their fingerprints and facial scans to validate their identities and travel documents. We also check their data against our watchlists of known and suspected terrorists.”

This “civilian tool [is] now a global norm. The resolution requires all UN members to collect biometrics to spot terrorists if they attempt to board planes or cross borders. We’re urging our partners to implement this obligation as quickly as possible.

“We used [the conference] discussions … to urge other countries to live up to their obligations under this new Security Council resolution, and develop and deploy those systems quickly,” Sales said.

“Warnings circulated via our global network continue to help countries identify and interdict foreign terrorist fighters as they attempt to cross borders,” Morris pointed out, noting that, “Where we see cooperation, we see results. We need to make sure that frontline officers get the information they need to take action. A country’s decision on sharing information, a name, a DNA profile, or fingerprints, can make the difference in our global efforts to protect citizens from harm.”

Morris said a team deployed to Niger helped take photos, fingerprints and DNA from 179 prisoners, which resulted in two hits against INTERPOL’s databases, one of which was an inmate arrested in a terrorist training camp as the same person who had been fingerprinted in a Malian prison in 2014.

INTERPOL reported, “Building national capacity to conduct checks on the frontlines is an important part of INTERPOL’s counter-terrorism strategy. Making sure frontline officials can access the data on nearly 41,000 foreign terrorist fighters currently held by INTERPOL is a vital step in global security.”

However, Sales noted, “it’s not enough to just sign up for access to INTERPOL databases. A lonely INTERPOL-connected terminal in a backroom office is as good as useless. Unless our border control authorities and law enforcement officers have real time, seamless access, we’ll never be quick and thorough enough to thwart the next attack.”

He encouraged all participants “to ask whether every border official and police officer has access to these databases. If they don’t, then your people on the front lines don’t have the information they need to protect your citizens.”

“Every day, more than a million people enter the United States by land, sea, and air. We screen their names and other data against our watchlists of known and suspected terrorists to identify potential threats,” Sales explained. So, “Every country that’s serious about protecting their borders would benefit from this kind of screening. The United States and many others in this room stand ready to support each government’s efforts to build a watchlisting system that protects their own country and improves international security.”

Sales said, “Over the last several years, we’ve entered dozens of bilateral arrangements with our allies and partners under Homeland Security Presidential Directive 6. These information-sharing arrangements allow us to exchange watchlist data with partner countries. They enable us to help each other spot terrorists who are moving between our countries.

“Last year alone,” he noted, “we signed another ten HSPD-6 arrangements, bringing the total number to 69. We’ll be looking to sign more in the coming year. And we’ll be looking for our partners that have signed these arrangements to fully implement them.”

Sales emphasized the importance of Passenger Name Records (PNR) data. He said they’re among the “key tools” in keeping track of terrorists and preventing them from crossing borders. PNR records and biometrics are crucial “to screen[ing] for terrorists who might be trying to board planes or cross borders.”

PNR is “an incredibly powerful counterterrorism tool,” he affirmed, emphasizing that. “PNR can help analysts identify suspicious travel patterns, flagging threats that otherwise might have escaped notice. It can also illuminate hidden connections between known threats and their unknown associates.”

When asked how biometrics helps reveal patterns of movements by jihadists, extremists and even self-radicalized jihadis trying to join ISIS, Al Qaeda, and other Islamist terrorist organizations, Sales conceded that “on the movement question, I think some of the countries to which ISIS fighters might travel or from which they might come, a number of those countries have not yet stood up PNR systems of the sort that we have in the United States and of the sort that a number of our close partners have.”

Consequently, he stated, “it’s difficult for those countries to authoritatively track the movement of persons across their borders, especially including the movement of possible foreign terrorist fighters or other terrorists. That’s one of the reasons why the United States led the effort in the UN Security Council to make mandatory the obligation for all UN members to collect and use PNR, data to develop those systems that we have here in the United States, and that the European Union has directed EU member states to implement by May of this year.

“We confront a dangerous security environment in which multiple terrorist threats face us and in which those terrorist threats might be competing against one another — all the more reason for us to get serious about things like biometrics and PNR, law enforcement capabilities, and so on,” Sales emphasized.

“PNR is the information you give an airline when you book a ticket – a phone number, an email address, a seat assignment, and so on. It’s an incredibly powerful counterterrorism tool. PNR can help analysts identify suspicious travel patterns, flagging threats that otherwise might have escaped notice. It can also illuminate hidden connections between known threats and their unknown associates. Let me give you just one example,” Sales said.

“In December of 2009, a US citizen by the name of Faisal Shahzad received explosives training in Pakistan for people affiliated with the Pakistani Taliban. In February of 2010, Shahzad arrived to JFK on a one-way ticket from Islamabad. He was referred to secondary because he matched a PNR targeting rule, so customs officers interviewed him and released him. Three months later, on May 1st, 2010, a car bomb failed to detonate in Times Square. Investigators tied Shahzad to the car. Customs then placed an alert for Shahzad in its system. So when he booked a flight to flee the country, the system flagged it and he was arrested at JFK as he attempted to fly to Dubai. He was convicted, and he’s now serving a life sentence.”

Sales also referenced a more recent case in which “authorities arrested [34-year-old Naif Abdulaziz M. Alfallaj (PDF)] in Oklahoma who was suspected of trying to join Al Qaeda.” Authorities “were able to identify him because his fingerprints matched those taken from a document retrieved in Afghanistan. It was an application for Al Qaeda’s Farooq camp – where four of the 9/11 hijackers trained.”

A Saudi Arabia citizen residing in Weatherford, Oklahoma, was arrested for visa fraud and making false statements to the FBI by, among other things, for concealing his application to and attendance at an Al Qaeda training camp in Afghanistan in late 2000.

According to the criminal complaint, the FBI found 15 of Alfallaj’s fingerprints on an application to the Farooq Al Qaeda training camp, which was one of Al Qaeda’s key training sites in Afghanistan. The document was recovered by the US military from an Al Qaeda safe house in Afghanistan. The document is also alleged to include an emergency contact number associated with Alfallaj’s father in Saudi Arabia. Alfallaj is alleged to have first entered the US in late 2011 on a nonimmigrant visa based on his wife’s status as a foreign student. According to the complaint, he answered several questions on his visa application falsely, including whether he had ever supported terrorists or terrorist organizations.

He was indicted on two counts of visa fraud. Count One alleges that from March 2012 to the present, Alfallaj possessed a visa obtained by fraud. Count Two alleges he used that visa in October 2016 to apply for lessons at a private flight school in Oklahoma. The third count in the indictment charges Alfallaj with making a false statement to the FBI during a terrorism investigation when he was interviewed and denied ever having associated with anyone from a foreign terrorist group.

But the problem has been acute for many years. Less than ten years ago, U.S. Border Patrol agents apprehended a man trying to sneak into the country whose fingerprints flagged him as a person “of extreme interest to the U.S. government,” according to a former U.S. military intelligence officer whose company helped design the early warning system that contained the man’s biometric markers. The man’s distinctive fingerprints were swiftly “red-flagged” as those of an Al Qaeda bomb-maker whose prints had been found on an Improvised Explosive Device in Afghanistan and entered into the Defense Department’s Biometrics Enabled Watch List (BEWL). The BEWL contains the fingerprints of “high-threat persons of interest” and is linked to other national terrorist watchlists. The system was being tested by US Customs and Border Protection’s (CBP) Automated Biometric Fingerprint Identification System (IDENT) when the alarm sounded.

“They’d definitely tied the man to terrorism,” explained the former military intelligence officer whose company helped develop her former employer’s Biometric Intelligence Program. But what really rattled all the expert counterterrorism analysts was the fact the prints belonged to a young Al Qaeda bomb-maker found on a far away battlefield — a bomb-maker who’d very likely learned his skills from a legendary Palestinian bomb-maker who long has had Western and Israeli counterterrorists on pins and needles.