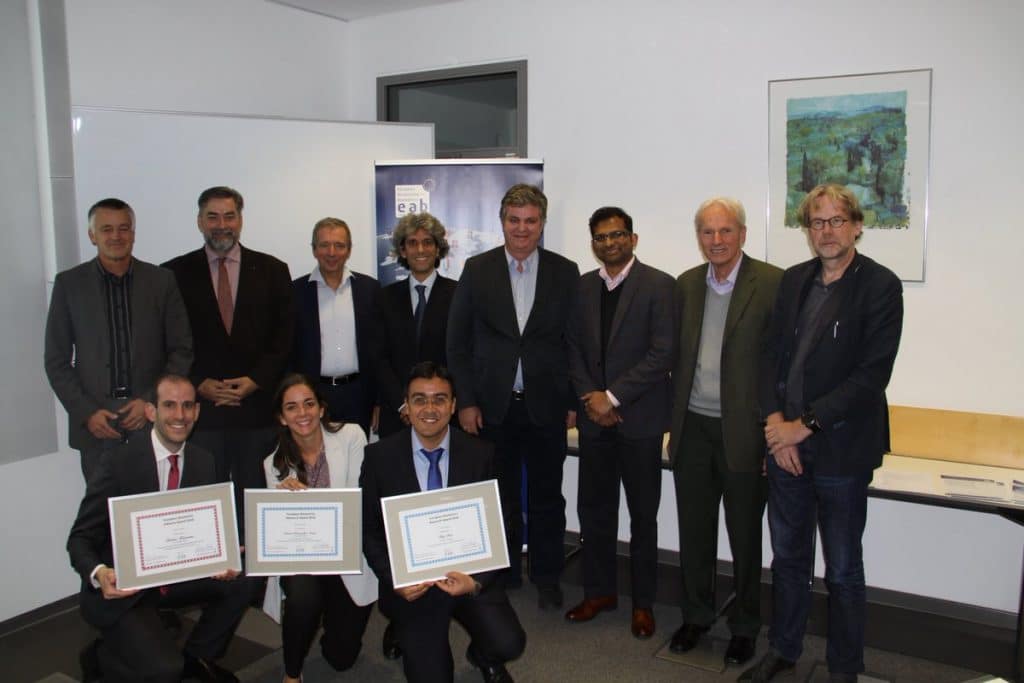 The European Biometrics Association (EAB) has announced three European Research and Industry Awards as the EAB Biometric Week comes to a close in Darmstadt, Germany.

The European Biometrics Industry Award has been won by Ruben Tolosana of the Universidad Autonoma de Madrid, Spain, for his thesis “Incorporating Touch Biometrics to Mobile Password.” The thesis proposes a method of verifying individuals by the way they write numerical digits on the screen of a mobile device, and the solution has been deployed in almost half of the Spanish banking sector, according to the announcement.

The European Biometrics Research Award 2018 is shared by Rig Das of Roma Tre University, Italy, and Ester Gonzalez Sosa, who like Tolosana is based at the Universidad Autonoma de Madrid. Das’ PhD thesis, “Deep Learning for Face and Vein Biometrics,” proposes an approach based on Convolutional Neural Networks (CNN) for EEG signal, finger vein, and facial biometric applications. Sosa’s PhD thesis, “Face and Body Biometrics in the Wild: Visible and Beyond,” addresses the challenges associated with achieving high performance face recognition in the wild, including occlusions, blur, illumination changes, low resolution, and distance. She concludes that soft biometrics could potentially be used to compliment face evidence in forensic surveillance scenarios. A stipend of €4,000 is divided between the winners, who also receive a one-year membership in the EAB.

The winners of the research awards were selected based on the academic and scientific quality of their research, as well as the quality of their presentations. For the industry award, the scientific level, novelty, impact, applicability, and other business aspects are considered.

“The research and industry award are part of our mission to promote innovation in Identity and Biometrics and Europe and stimulate young students to contribute to this domain,” says EAB CEO Michiel van der Veen. “Continuous innovation is needed to ultimately serve the citizens of Europe in the advancement of ID systems that are fair, accessible, secure and private.”

The ceremony was sponsored by IDEMIA and Fingerprint Cards, and chaired by Professor Patrizio Campisi of Università degli Studi Roma Tre.

The EAB launched a new strategic plan earlier in the week at its annual Research Projects Conference.