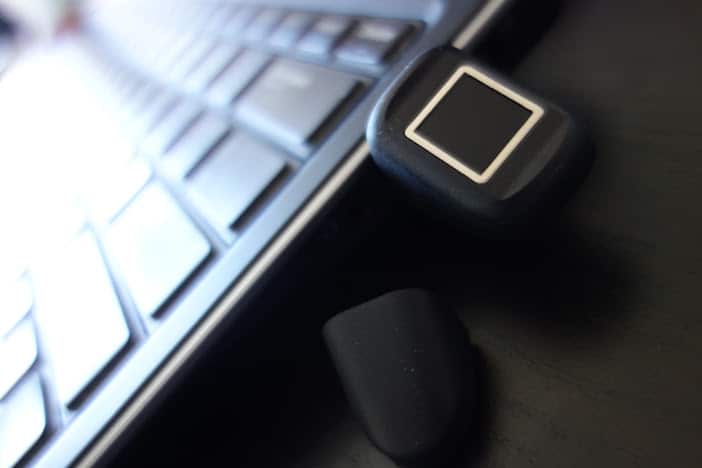 The growth of the digital identity industry, public uncertainty about it, and the near-term future of digital ID adoption provide the most widely-read news items on Biometric Update this week. Encouraging stories also cover applications of biometrics for healthcare and in smartcards and vehicles, while the progress of the Aadhaar program receives some mixed but necessary attention.

If you have not yet looked at the 2019 Identity Landscape from One World Identity, Biometric Update highly recommends it as a way to consider the industry’s rapid growth and inter-relations.

Consumers increasingly rely on digital identity on a daily basis, but few understand it, according to a Mitek survey. Consumers still prefer traditional identity verification methods to newer methods such as biometrics, and are wary of new technology, the survey report says. eBay now allows users to sign in with biometrics, after adding WebAuthn support, and traditional identity verification methods like passwords continue to trouble the tech industry, a Microsoft cybersecurity executive says, and personal information continues to leak out all over the internet.

The most encouraging thing about the Mitek report may be that people acknowledge the importance of digital identities, and their lack of understanding about them, as Goode Intelligence forecasts the number of digital identities will surpass 3 billion by 2025. Digital IDs are seen as ways for governments to enable new credential interactions, such as sharing only age information, which will contribute to growth in the area. Distributed ledger technologies and blockchain are forecast to quadruple as a share of digital IDs during the forecast period.

Healthcare projects using biometrics in Kenya and Côte d’Ivoire made the top digital ID stories in Africa this week, with Biometric Update reporting from the scene of biometric registration for the new Ivorian health insurance scheme. An unknown African country meanwhile is testing biometric smart cards with fingerprint sensors from Next Biometrics for an e-government project, with plans to launch a pilot in 2020.

Results in the recent presidential election in Afghanistan continue to be disputed, as the legitimacy of around 300,000 of the less-than 2 million votes cast is being debated, despite the use of a biometric voter verification system, the New York Times reports. The vote is close enough that the decision could determine whether a run-off is needed, and observers say that is the most likely outcome. The record shows roughly 100,000 of the votes were cast either before or after election day, but election officials say the cause may be incorrect date-setting by technical workers setting up the biometric devices.

The auto industry is going to attempt to use biometrics to gain the personalization and brand loyalty benefits smartphone companies enjoy Synaptics Director of Concept Prototyping Dr. Andrew Hsu says in a conversation with Biometric Update which climbed the most-read rankings this week. Interest is no doubt further sustained by the announcement of several different vehicles with biometrics for access and in-cabin control launching in the Chinese market. Fingerprint scanners are expected to be implemented in numerous vehicles and drive growth in the automotive access control market over the next five years, according to market research.

BrainChip has patented the dynamic neural networking method used in its Akida AI processors, which can be used to power biometric and other AI applications on devices at the network edge.

The news from last week of the commercial launch of a biometric credit card in Switzerland was read by many people again, indicating the degree of industry excitement around this developing application.

A startup offering multi-camera facial biometrics has emerged from stealth, with a name that could prove problematic for online searches in the future. The Face Recognition Company is pitching its “ultra-accurate” technology for retailers and others in the commercial market.

Some impressive new numbers indicate general success for India’s Aadhaar program, but it still leaves out over 100 million people. The first output from the Yoti Digital Identity Fellowship explores why that is, and seems to yield insights into what can be done to deliver the programs benefits to more of the people who need them most.

Yoti has released its B Corps report, and writes in a blog post about how the company’s ethical positions and practices have been intertwined with its development from the beginning.

Deepfake legislation passed by the U.S. House of Representatives has been introduced in the Senate, but the progress of other bills, and the modest of the efforts, seem to suggest DARPA will be leading the country’s charge against this insidious online threat for some time.

Smartphones and other electronic devices in Russia will be required to come pre-installed with Russian software as of July 2020, BBC reports. In addition to concerns the software will aid government surveillance, some fear popular brands will pull out of the country altogether.

The threat of Huawei leaking data to China’s government if included in Canada’s 5G network is enough for the U.S. to consider restricting its Northern partner’s role in the Five Eyes intelligence-sharing community, CBC reports. The rights of protestors in Hong Kong are in some ways more robustly protected than in the U.S., BuzzFeed News reports, after a decision by the island territory’s High Court that a ban on wearing face masks is unconstitutional. The article notes that in America, mask laws are historically bound up with the Ku Klux Klan.

AI financial platform RebellionResearch.com’s CEO Alexander Fleiss writes in an editorial for Israel Hayom that the Israeli Defense Forces’ (IDF’s) SpeedGate facial recognition system cannot be compared to the use of the technology in China. He also argues that the technology is becoming part of global society, “like it or not.” Internal documents from Amazon describe the use of facial recognition with neighborhood watch lists on its Ring home cameras, meanwhile, is reported by The Intercept. A spokesperson for Ring tells the publication that the smart home device does not use facial biometrics.

An editorial on Law and Political Economy, on the other hand, describes a “second wave” of algorithmic accountability activism that goes beyond criticizing existing systems to ask whether AI systems should be used at all, and if so, who should govern them.

A National Review editorial takes on the case for banning facial recognition in the U.S., and urges congressional action to put in place the limits necessary to enjoy the technology’s positive uses. For a humorous take on the controversy, The Onion has your facial recognition joke for the week.

If you want to share a story with the biometrics and digital ID communities, please let us know in the comments below or the usual digital channels.