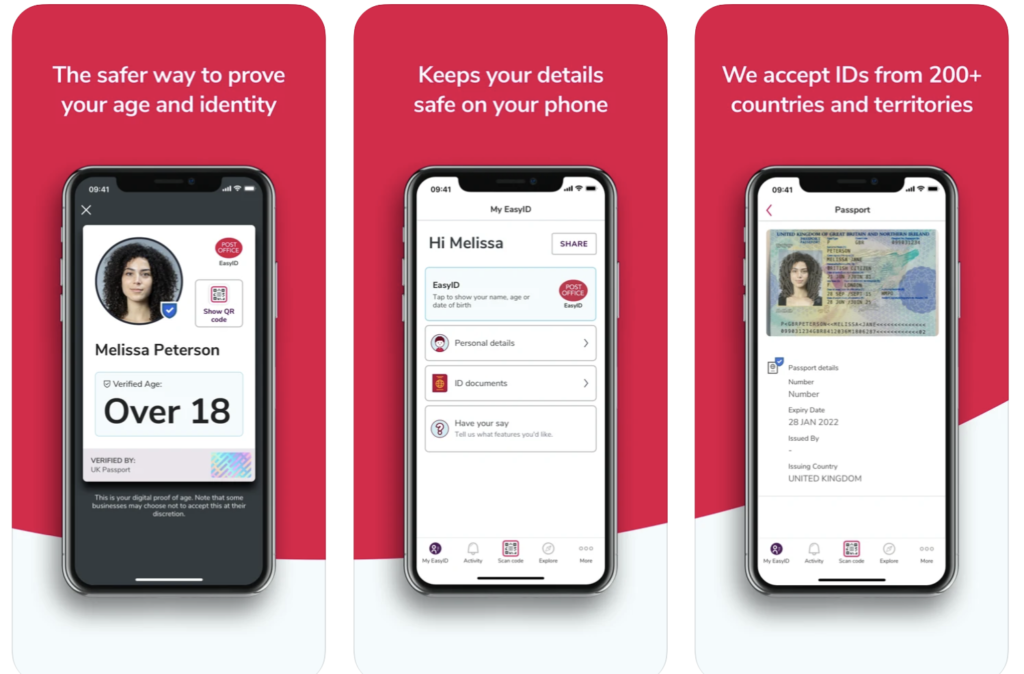 10,500 of the 11,500 Post Office branches across the UK now allow people to pick up parcels using the biometric Post Office EasyID app developed by Yoti. The fact it will be accepted in a further 25,000 outlets for proving identity or age reveals a move which could familiarize people with the processes of digital ID and give the Post Office (and Yoti) an advantage in staking out market share as the UK slowly adopts digital identity.

The free-to-use Post Office EasyID requires a user to download the app, scan a physical credential such as passport or driving license and a scan of their own face for matching via facial recognition. This then creates a secure ID on their smartphone which can be used in Post Offices for collecting parcels and to prove age when buying protected products such as lottery tickets and medicines.

A customer opens up the app on their phone and shows it to Post Office staff as they would if choosing to use a physical credential. Unlike traditional documents, however, users can control what of their personal data is shown on screen. For example, it could simply show that the holder is over the age of 18, rather than sharing exact date of birth, full name and address as with a driving license.

The app will be accepted by Post Office branches – itself the UK’s largest retail network – but also by 13,000 convenience stores with the Payzone system (for paying utility bills, topping up phones, etc.) as proof of identity or age, and by 12,000 other retailers already accepting Yoti ID apps.

According to the release, it can also be used to prove identity for online transactions.

The release of the app shows rapid development of the system given the Post Office contracted Yoti to provide the biometrics in February.

The boom in online shopping caused by the COVID pandemic has increased the number of missed deliveries, making it opportune time for launching an approach which could speed up collection and start to use a digital identity product.

“The app allows customers to build their own secure digital identity on their smartphone, enabling them to easily control and prove who they are to whichever business they want to interact with,” says Nick Read, Chief Executive at the Post Office. “We see this as an exciting opportunity for customers and postmasters alike and expect the app to become a standard way of verifying ID for many businesses nationwide.”