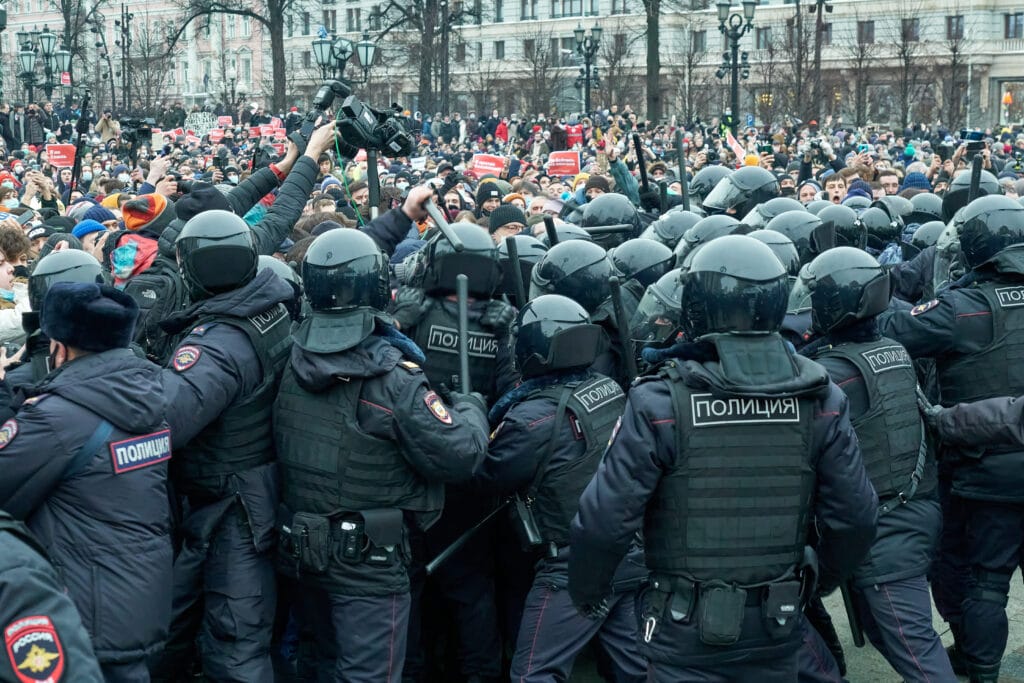 The project was reported on by the Kommersant, who allegedly spoke with sources familiar with the matter.

According to the Russian publication, the National Center of Informatization (a subsidiary of Rostec) is planning to deploy the new behavioral analytics surveillance system by the end of 2022.

The behavior analysis software is currently under development as part of the Safe City project, overseen by the Ministry of Emergency Situations. Many of Russia’s Safe City projects include facial recognition deployed to the same public surveillance cameras as the riot mitigation system being developed by Rostec.

The Ministry plans to spend 97 billion rubles (US$1.3 billion) deploying Safe City systems across Russia by 2030.

The methods of the predictive and analytical model Mass Riots (PAM MB) system are designed to anticipate such events, providing “enhanced analysis of the likelihood of mass riots and unauthorized public events.”

From a technical standpoint, the open source software is intended to predict the occurrence of riots and the dynamics of their development in the short term.

It will do so by constantly analyzing publications in the media, social media posts, data from intelligent video surveillance systems, and monitoring of public transport. Similar technology has been recently deployed in China by Neusoft and Huawei.

In the event of an ongoing riot, the new system will analyze the number of participants in the rally, the instigators’ behavior, the direction of movement of the crowd, the number of victims, and the number of police officers and national guards involved in ensuring order.

Definitions potentially utilized by the system include “rally,” “political conflict,” “protest potential,” “religious conflict,” and “anti-police manifestations,” among others.

A draft methodology for the predictive and analytical model was sent for approval to the interested departments and authorities and is now pending approval.

The announcement concerning the new surveillance system comes weeks after Rostec confirmed the beginning of production of biometric systems for ground public transport in Russia.