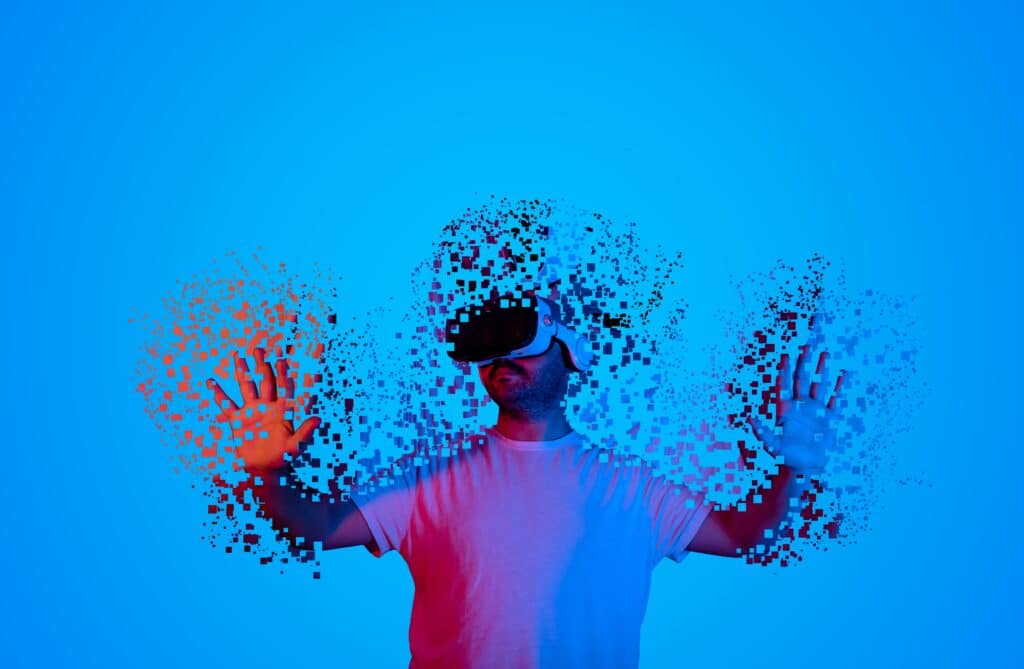 A triad of technology companies has each discussed the potential of either digital ID or biometric technologies to secure individuals’ identities within metaverse applications this week.

Specifically, Signzy Technologies announced receipt of a U.S. patent for new customer signup and onboarding in the metaverse, ID R&D’s CEO discussed metaverse fraud prevention tactics, and Microsoft listed a series of steps to secure one’s identity in the metaverse.

The United States Patent and Trademark Office (USPTO) has granted Signzy a patent for new customer signup and onboarding in the metaverse, according to a company announcement.

The technology will also be reportedly compatible with metaverse currencies and financial instruments, including cryptocurrencies.

“Banks and [financial institutions] can no longer ignore the expanding world of Metaverse and the impact it will have on their business in the near future,” comments Signzy co-founder Ankit Ratan. “The metaverse offers a huge growth opportunity to attract young customers and many even pave the way to creating new product lines and eventually add newer business models. The grant of this patent by the USPTO marks an important milestone towards enabling this vision.”

The patent refers to a “visualization based onboarding system” obtaining data to complete onboarding, but does not specify whether that data is biometric, or where it comes from beyond “a plurality of media devices.” It delves into the digital representation of the bank’s spatial environment.

Signzy was also one of the winners of the Sprint03:InsureTech Hackathon. The company was awarded for its digital ID solutions in life or health products.

“Metaverse creators should provide users an option to link off-line identities with their metaverse ones by tapping into modern identity verification technologies, including those used by banks,” the post reads.

In order to do so, Khitrov believes companies should leverage technologies such as face or voice biometrics, which can provide both identity verification at sign-up as well as ongoing authentication via liveness detection.

The ID R&D CEO also discussed NFTs in relation to the metaverse, and how stolen digital identities can be used to gain access to these (increasingly widespread) resources.

“That’s why users should be able to choose their security methods, with access to varying levels of security based on where it applies.”

A post written by Charlie Bell, Microsoft’s executive vice president of Security, Compliance, Identity, and Management, starts by highlighting the threats to metaverse security, including social engineering, fraud and phishing attacks, and the lack of a unified ecosystem, which could present more vulnerabilities in its fragmented and interoperable state.

To secure the metaverse, Bell mentions how identity is “where intruders strike first,” so it is paramount to make sure users are interacting with individuals who are who they claim they are.

“Picture what phishing could look like in the metaverse. It won’t be a fake email from your bank,” Bell writes. “It could be an avatar of a teller in a virtual bank lobby asking for your information. It could be an impersonation of your CEO inviting you to a meeting in a malicious virtual conference room.”

To tackle such fraud attempts, the Microsoft executive says multi-factor authentication (MFA) and passwordless authentication should be made an integral part of metaverse platforms.

Cross-industry collaboration should also be a priority, according to Bell.

“As with any new frontier, high expectations, fierce competition, uncertainty and learning on the fly will define how the metaverse evolves — and the same is true for securing it,” he writes.

However, the digital identity expert also believes that it is not necessary to predict the ultimate impact of the metaverse to recognize and embrace the security and trust principles that could make it a safer place for both organizations and individuals.

“Let’s make the lessons we’ve learned about identity, transparency and the security community’s powerful collaboration our top ideals to enable this next wave of technology to reach its full potential.”