Next biometric identification: The Werewolf 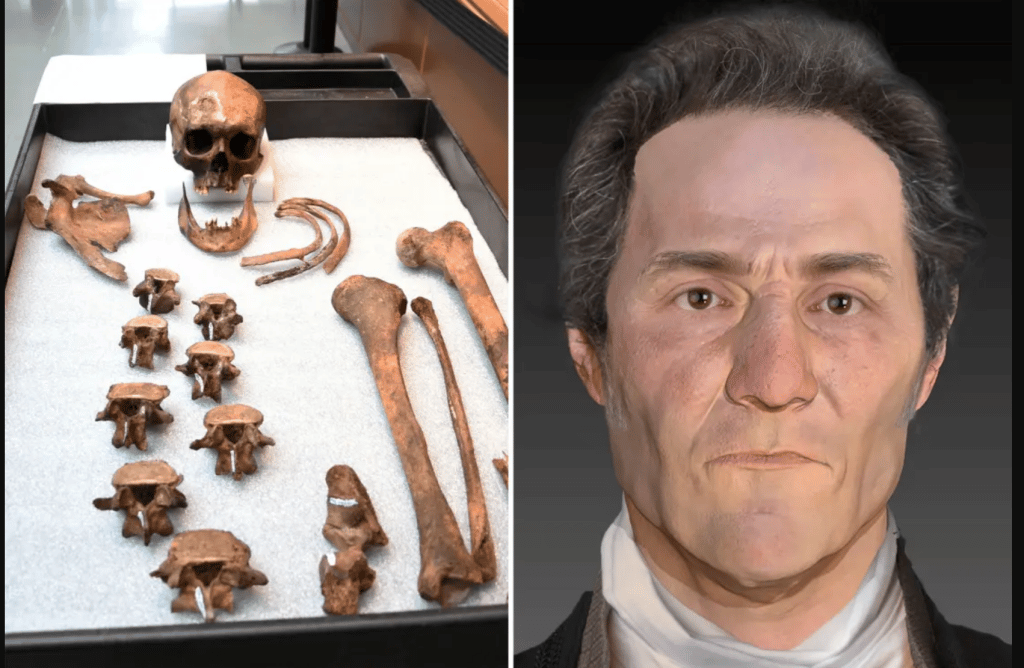 It can be forgotten sometimes that the biometrics has roles beyond identity security and surveillance. Like tracking down possible vampires.

The dearly departed likely was considered a vampire by his neighbors in the town of Griswold.

He (the body was of a male) was buried with its arms crossed over its chest, which at the time was a message: If you have dug up this corpse, please put it back as it will rise up and drink your blood.

Parabon NanoLabs and the Armed Forces DNA Identification Laboratory were brought in to help put a name to the body, according to a story published in the study-news publication Study Finds.

The scientists reportedly had no concerns that they actually were working with an undead parasite.

They later published their findings with the sub-headline “From Y-STR typing and surname prediction to SNP profiling and genetic genealogy.” The slides at that link are illustrated but hardly ghoulish.

Biometric DNA analyses were performed, and in 2019, the armed forces lab found evidence suggesting the man – who, by the way, was suffering from tuberculosis when he died – might have been named Barber.