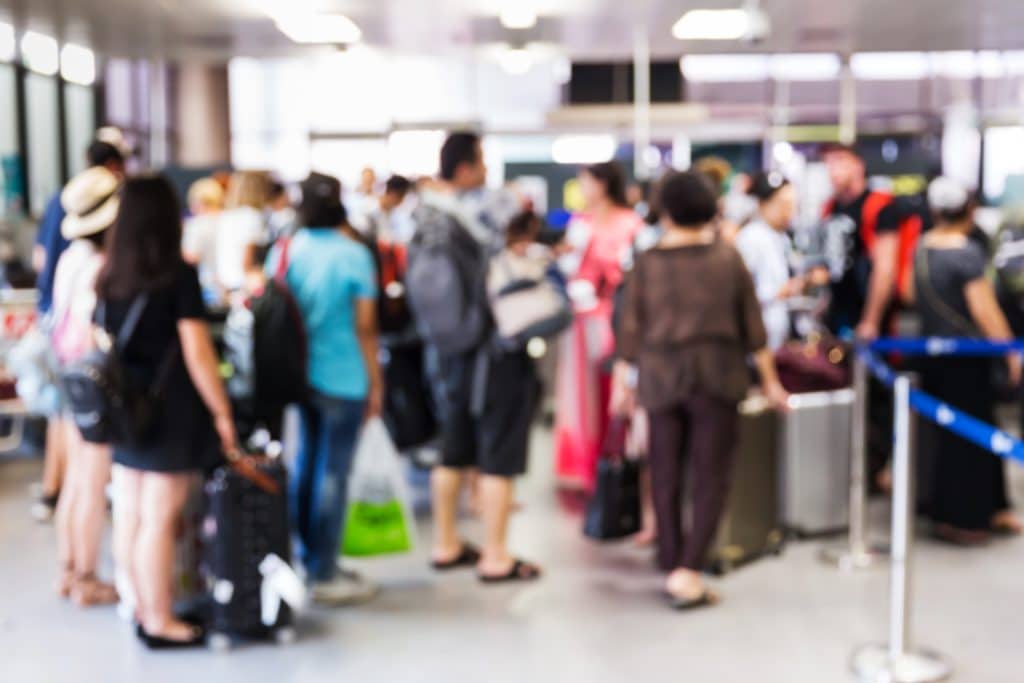 In a development that will hearten some, but give the most privacy-minded travelers a second thought about travel-related surveillance, the U.S. government is pushing for biometric processing that verifies people in three seconds.

As they walk in groups.

Sixty percent of travelers move along singly but almost everyone has found themselves late and behind a group of travelers that gum up the works. The Department of Homeland Security this year put a focus on groups in the hopes of making everyone’s time in a crowded airport less tedious.

The group idea was part of this fall’s Biometric Technology Rally, which was organized by DHS’ Science and Technology Directorate. The rallies exist to test vendors’ proposed answers to technological puzzles.

Speaking on a subsequent government podcast, Arun Vemury, program manager of the directorate’s Biometrics and ID Technology Center, said verification should happen in under six seconds, but three seconds per screening is highly desirable.

DHS since its inception has been working on speeding up individual screenings. What is new is using biometric surveillance to tackle gaggles.

During the rally, for instance, vendors had to spot groups and count people in them. They had to take good photos of each group member, decide which image is best and get that shot in front of matching algorithms.

Securing travelers’ privacy in the process was also part of the demonstration each vendor provided. The optimal situation would be optional, meaning biometric algorithms would have to not look at people who opt out. Or people who are outside a surveilled space but still identifiable by biometric systems.

It would be a technological feat to get all of those parts flying in formation, and some segment of any population is going to doubt that people can really opt out. But a 45-minute queue before a holiday could give the industry more than enough momentum to innovate in this way.

Vemury urged biometrics stakeholders to consider image quality and other factors beyond the algorithm when evaluating system performance in a keynote at the recent IFPC 2022.