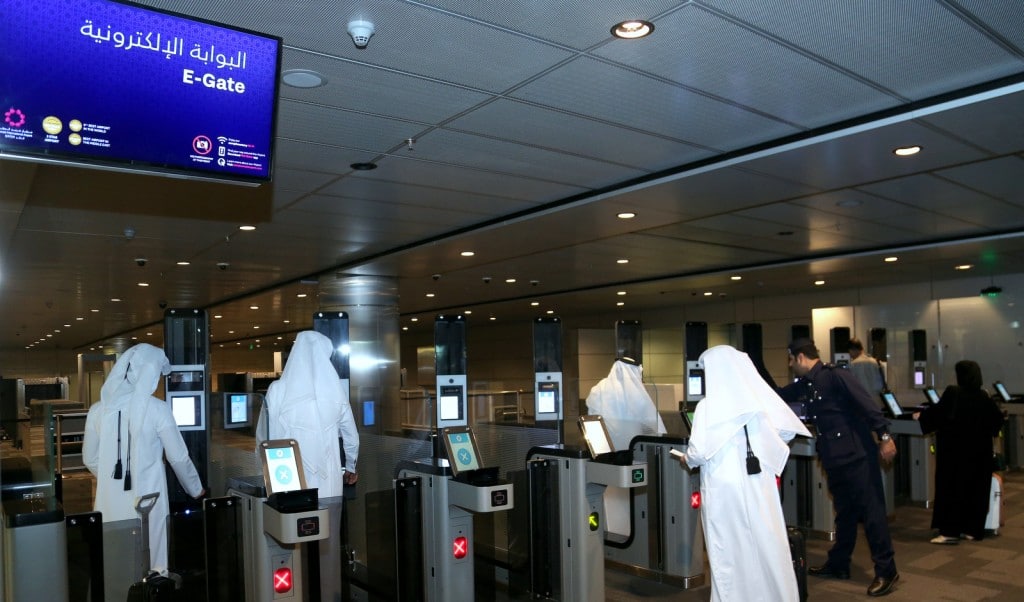 The two-step process is available for free to all Qatar residents, in which passengers are prompted to place their ID cards or passports on a reader which opens a gate to a second portal.

Iris scans or fingerprint readers are then used to verify the traveler’s identity before opening the last barrier before the boarding gates. The process is repeated for all passengers returning from trips outside Qatar.

“In addition to providing the highest performance levels, iris recognition can be used by people wearing glasses of contact lenses,” Mohammad Murad, vice president of global sales and business development for Iris ID, said. “Also, an iris system doesn’t require any contact with the reader, making it hygienically safe and non-intrusive.”

He added that more than 1 million people registered for the program in 2016 and expects the gates will be used more than 3.5 million times by the end of 2017. More than 865,000 passengers have used the e-gates in the first quarter alone.

The airport currently has 21 e-gates for departures and 20 additional gates for arrivals, with plans to increase the number of gates to 40 in each section to meet demand.

Airport Passports Department personnel operate a counter close to the gates to help passengers who have never used the system. In addition, an onsite department office allows Qatar citizens and residents to link their biometrics to their ID cards.

Aside from Hamad International, Iris ID identification systems are being used at airports and border crossings around the world, as well as for national ID programs, voter registration and access control and time-and-attendance applications.