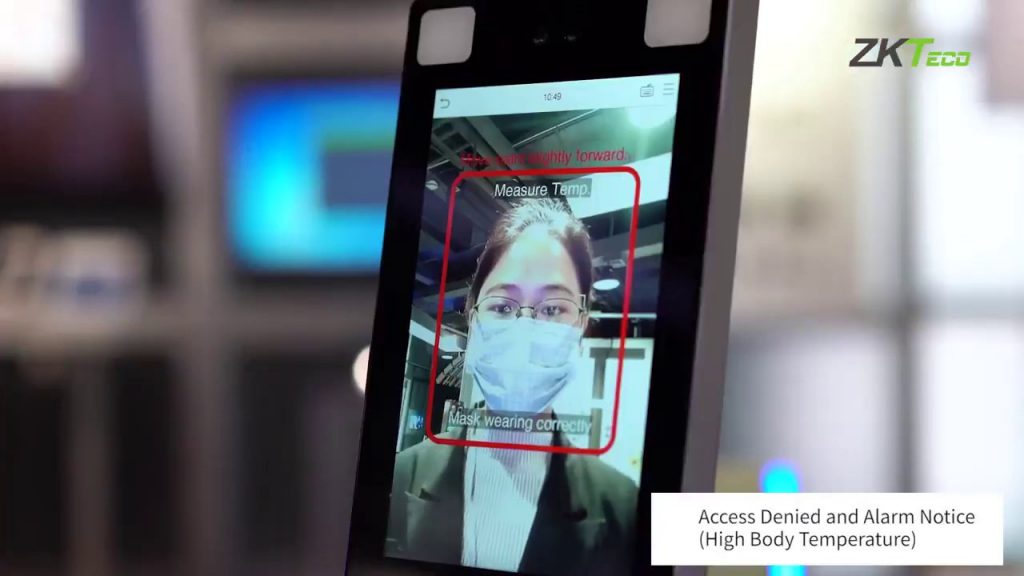 The biometrics industry continues to adjust to the global lockdown with new offerings for fever detection, attempts to find early detection systems, and touchless technologies. The market may shift away from contact fingerprints, but ways to perform functions like accurate voter registration and deduplication, as has just been accomplished in Guinea, will still be needed.

A series of announcements from companies relating to biometrics in Africa made one of our top stories of the week. A new board member for BIO-key, the next update in a Yoti Fellow’s field diary, a report from the Center for Global Development, and developments from countries across the continent made for busy week.

Guinea’s voter roll has been updated with Innovatrics biometric technology, only six months after the contract was awarded. The exercise found 60,000 underage people who previously would have been allowed to vote; enough to be significant for the election’s integrity but not as troubling a number as has been found in some similar processes in other countries.

The week was dominated, perhaps more than any other so far in the industry, by news related to the COVID-19 pandemic.

Thermal detection technology from AnyVision is being deployed to a hospital in Israel, as the company builds its non-facial recognition business. What is different about this system from so many others recently announced is that it differentiates between different causes of elevated body temperature. Companies continue to add fever detection capabilities to biometric hardware, with Dermalog, Telpo, DFI, Hikvision and Kogniz all announcing new integrations. Voice recognition could also be used in early COVID-19 detection, according to a Carnegie Mellon researcher who has created a prototype biometric smartphone application.

The “new normal” could spell the death of the touch-based fingerprint, as Acuity Principal Maxine Most writes. The smartphone market is excepted, however, and the nascent fingerprint payment card market is not noted in the report. As life slowly begins to return to normal in some areas, biometrics could play a significant role in ensuring the efficient delivery of supply-limited vaccines, or provide a way to confirm an individual has immunity due to antibodies, according to a report this week.

The industry continues to offer its support to medical professionals and essential service workers, with ID.me providing credentialing for discounted gas from a major national chain. CEO Blake Hall tells Biometric Update that companies in the space have an opportunity to help their communities, as the trend towards digital transactions accelerates.

Another aspect of the same trend is digital learning, which is often supported by Google’s classroom tools. Those same tools violate Illinois’ biometric privacy laws, however, according to a new potential class action suit against the tech giant.

The future of passenger air travel is an enormous question mark right now, but it is likely to include more automation, including touchless ID scanning, robotics and biometrics, writes Future Travel Experience. It may be possible to repurpose existing systems for threat detection, but privacy concerns will also have to be addressed. Thermal imaging cameras, temperature sensors and “immunity passports” may also be coming to airports soon. The parallel for the industry to the post-9/11 era, in terms of the need for government co-ordination, is explored by Forbes. Elenium’s partnership with AWS on self-service devices, possible using voice recognition, for travellers to perform airport processes without touching public services is given as an example of what may be coming.

ForgeRock Public Sector Lead ANZ Adam Butler writes for Government News that with digital access to public services surging, biometrics are the key to delivering identity-based services that can scale quickly and securely.

The need for democracies to offer up an alternative to the model of surveillance practiced by authoritarian regimes in post-coronavirus society is explored in an article from Foreign Affairs. Surveillance has always been linked to epidemiology, medical doctor and neuroscientist Nicholas Wright points out, but not necessarily at the expense of democracy and civil rights. Bloomberg Businessweek writes that this is the big chance for AI, which is being used for a wide variety of different COVID-19 spread-prevention applications, to show it can be a force for good. The fast implementation of the technology raises questions, however, and answering those questions with effective regulation will be the real challenge for policy-makers.

Experienced policy-makers may be best-suited to such a tricky task. In the U.S., the President’s son-in-law is leading an effort to stand up a national coronavirus monitoring system. Politico writes that the system could track hospital bed availability, but critics warn that it could damage privacy similarly to the Patriot Act. The White House denies the article’s veracity.

Senator Rob Portman (R-OHIO) offers an argument this week in favor of remote voting in emergencies in an editorial for The Hill. Portman acknowledges security is the big challenge and suggests multi-factor authentication, possibly with biometrics, could be the way to move the venerable institution into the 21st century.

The role of biometrics in enabling fintechs to offer a seamless customer authentication flow is discussed in a Biometric Update guest post this week by Enacomm CEO Michael Boukadakis. Advances in voice biometrics being applied in banking and smart home devices are setting up fintech companies to provide the necessary security without sacrificing convenience, he argues.

In a similar vein, Fingerprint Cards has a blog post on the increased trust biometrics can bring to a range of consumer interactions. The post notes evolving regulations, and efforts to forward models like self-sovereign identity (SSI) and FIDO Alliance protocols, as well as the company’s work with GlobalPlatform.

Trust is just as important, but seems just as elusive, for relations between people and governments. Microsoft Program Manager and Washington State Senator Joe Nguyen is the sponsor of the state’s new facial recognition legislation, which OneZero is not impressed with. The bill does little to curtail government use of the technology, according to the article, making its passage as the first state facial recognition law in the country a hollow victory for privacy advocates.

Clearview AI’s associations with a cast of sordid characters as a startup is detailed by the Huffington Post, suggesting possible shortcomings in the judgement of the company’s leadership.

As always, if there is an article, opinion, or argument you would like to share with the biometrics and digital ID community, please leave a comment below or drop us a line.